Where Is Murdoch Mysteries Filmed? 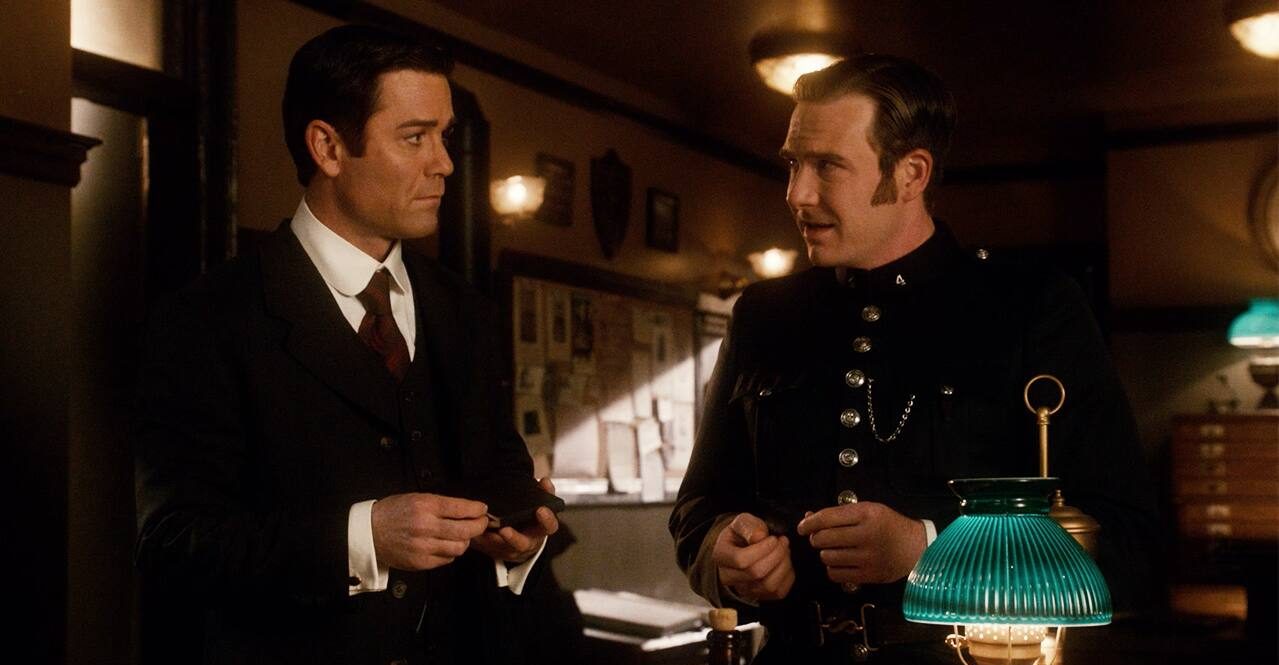 ‘Murdoch Mysteries’ is a mystery drama television series based on the ‘Detective Murdoch’ novel series written by Maureen Jennings. Set in 1895, it follows the artful detective William Murdoch, who investigates a variety of strange and ominous cases in Toronto by using methods that are ahead of his times. The period setting and mystifying locations add to the show’s intriguing nature. If you enjoy watching the show, you must be curious about these locations. We put on our investigation hats and dug out the show’s filming details for you. Here’s everything we know about the filming locations of ‘Murdoch Mysteries.’

The series is primarily set in Toronto, Canada, and filming takes place mostly in the city. It also features Murdoch taking up cases in other parts of Canada, and therefore the crew films some episodes in other regions of the country. Still, shooting is largely concentrated in the Ontario province. Filming takes place on set and on location as per the requirement of the scenes. Let’s take a detailed look at the locations used for filming the series so far.

Filming of the first two seasons of the show took place at Toronto Film Studios, in the city’s East Avenue. However, the facility was closed down in 2008, and season 3 was filmed partially in an area near the Kipling Subway. For the fourth season, filming took place in and around various spots in the city. Production of all seasons of the show has been largely based out of Toronto. The strong Victorian and Gothic influence on the city’s architecture was likely a major factor in choosing the destination as the primary filming location.

The cast and crew frequent the city for filming every season, and a specially constructed façade of Toronto streets is used for filming various scenes. The elaborate set is housed in the Sullivan Studios’ backlot, which is located at 66 Hymus Rd in Scarborough, Ontario. The facility has some of the grandest and longest-standing period sets in the country. The interior of Murdoch and Julia’s house, Murdoch Home, is filmed on a set in the Scarborough-based studio. Since the sixth season, the series also has its own dedicated backlot at the CBC Studios, Toronto. Sets are built on the sound stages at the studio complex to film various indoor scenes.

The cast and crew have filmed episodes at various spots in the city, including Distillery District, Don Jail, Allan Gardens, Cherry Beach, Polson Pier, Casa Loma, Toronto Islands, and Cabbagetown. The Black Creek Pioneer Village, a working village in the city’s north end, which retains most of its appearance since the 1860s, is also a location commonly visited by the production team for filming.

Hamilton, a port city in the Ontario province, is one of the production’s most favorite filming locations. The series is filmed on location across the city. Episodes have been filmed at St. Paul’s Presbyterian Church on James Street, Whitehern House Museum on 41 Jackson Street W, and Scottish Rite Club on 4 Queen Street S.

Other locations in the city where the filming of episodes took place include Westfield Heritage Village, Ruthven Park near Cayuga, 270 Sherman, Slainte Irish Pub, The Hamilton Club, Gage Park, Chedoke Estate, McMaster University, The Cotton Factory, and Downtown Dundas. Exterior shots of the 1859 Victorian pump house at the Hamilton Museum of Steam and Technology act as the establishing shots of the City Morgue and Station House No. 4 buildings.

Cambridge, a city in the Waterloo municipality of Ontario, is another frequent filming location of the show. A few sequences for episodes of season 14 were filmed at Brant Road N in Galt district and Argyle Street N in Preston. The town is known for its old buildings built in the 1800s and the breath-taking views from atop the limestone cliffs on the edge of the city.

Brantford, a city in Ontario situated on the banks of River Grand and surrounded by Brant County, is another usual filming destination of the show. The shooting took place at The Glenhyrst Art Gallery, parts of the S.C. Johnson Trail at Glenhyrst, Carnegie Building, and Victoria Square in Brantford for certain episodes.

Vancouver, a city in the Lower Mainland region of British Columbia, is also featured in the show. Filming of an episode in season 11, as well as the third annual Christmas special ‘A Merry Murdoch Christmas,’ took place in the city. Cattle Point, Oak Bay waterfront, and Gowlland Tod Park are some of the spots in Vancouver where filming of season 11 took place.

Other Locations in Canada

The Parkwood Estate, a historical site located at 270 Simcoe St N, Oshawa in Ontario, is occasionally used for filming. Mississauga, Guelph, Kitchener, and Stratford are some of the other cities in Ontario where the show’s filming occurs. Yukon is the setting of the premiere episode of the show’s fifth season, and filming took place partially in Dawson City, Yukon, including at the Dawson Historical Complex. The crew shot some interior scenes for season one at the Dobbie House located at 68 Pine St N, Thorold, Ontario. The Walper Terrace Hotel on Queen Street South, Kitchener acts as the exterior location of the Winsdor House Hotel seen in the show.

Bristol, a city on the banks of River Avon in England, is one of the filming locations of the first episode of the show’s third season titled ‘The Murdoch Identity.’ The episode was shot in various parts of Bristol, specifically at Clifton Down, College Green, College Square, The Polygon, The Paragon, Christmas Steps, St Nicholas Market, Exchange Avenue, Corn Street, All Saints Lane, Broad Street, Leonard Lane, and St Stephen’s Street.