Where is Nancy? Did Brianna Baker Leave 9-1-1: Lone Star? 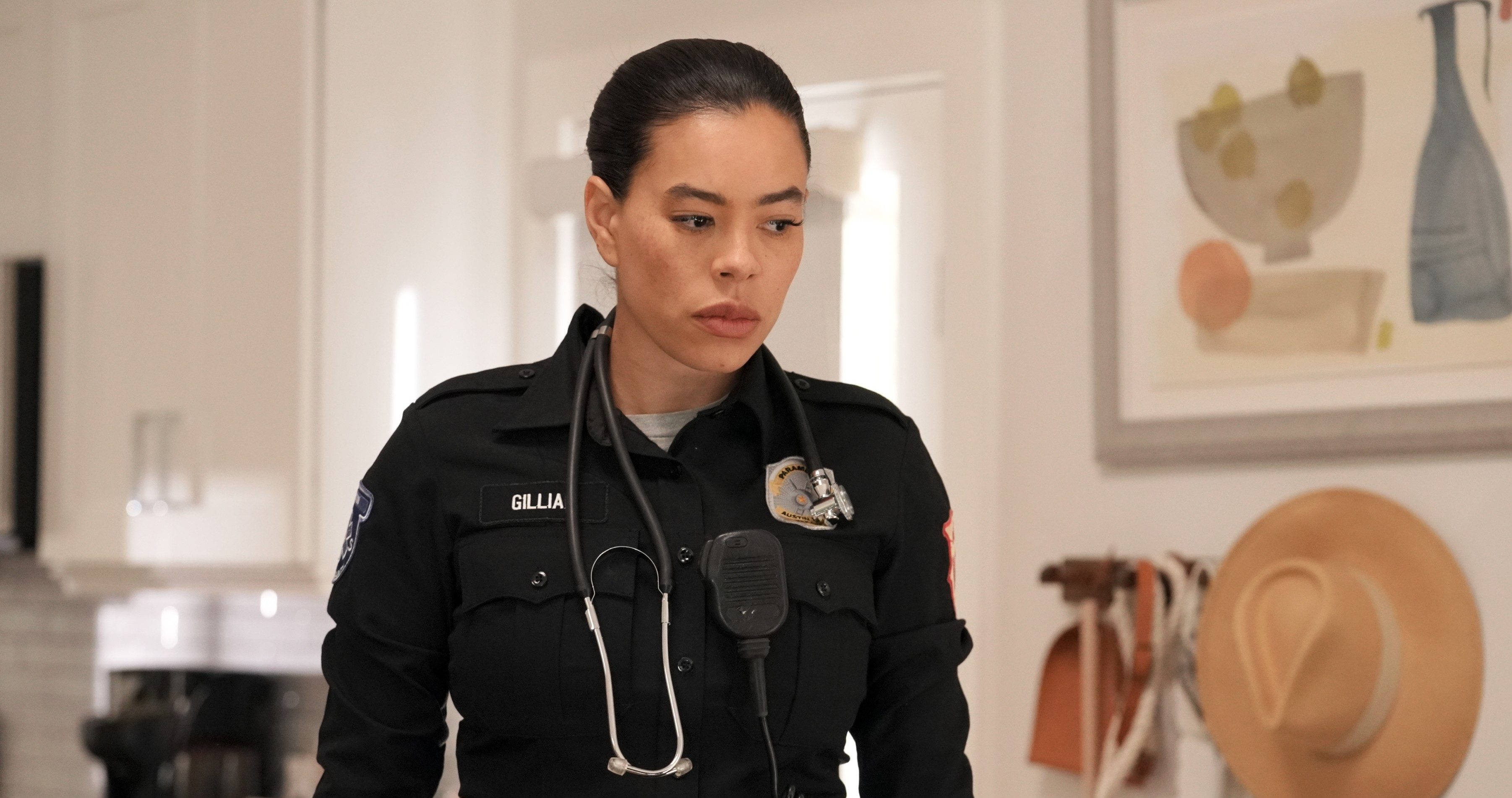 Brianna Baker’s Nancy Gillian is a charming presence in the squad of Station 126 in FOX’s action series ‘9-1-1: Lone Star.’ She continuously extends her support to her loved ones, especially when in pain. Whether it be T.K., Tommy, or anyone in 126, Nancy always tries her best to provide comfort for colleagues. The twelfth episode of season 3 depicts Nancy facing a life-altering challenge as her actions during a duty call get questioned.

Nancy’s future at the station becomes threatened, followed by the character’s absence in the thirteenth episode of the season. If you hope to find everything you need to know about Nancy’s whereabouts and Baker’s future in the show, let us be your ally! SPOILERS AHEAD.

In the twelfth episode of season 3, Nancy accompanies Tommy and T.K. in a duty call that concerns a passed-out woman named Joanne, who has terminal cancer. Nancy uses shock to bring Joanne back to consciousness, only to eventually learn about Joanne’s “Do Not Resuscitate” bracelet. Joanne sues Nancy for resuscitating her and demands the firing of the paramedic. Upon hearing about the lawsuit, Nancy confesses to Tommy that she had seen the bracelet but decided to save her life nonetheless. She also thinks about resigning from 126 before the predicament becomes worse.

However, Joanne dies soon, and her sister comes to see Nancy and Tommy. She tells them that her sister had dropped the lawsuit before her death and gives Joanne’s bracelet to Nancy to remind him to pay attention to DNR patients in the future. Even though the lawsuit is dropped, the character doesn’t feature in the thirteenth episode of the season. Nancy’s absence in the episode must have made one wonder whether she resigns or gets fired.

It is unlikely that Nancy will lose her job after Joanne dropped the case. Nancy can be restricted from fieldwork to work on desk duty, which explains her absence in two prominent duty calls 126 attends in the thirteenth episode of season 3. Although the lawsuit is dropped, the department may have decided to punish Nancy for the formality’s sake. If that’s the case, we can expect the paramedic’s return to the first responders’ squad sooner than later. Since Nancy also goes through a tough time due to the predicament, Tommy may have given her time to clear her mind and join back.

Since neither Brianna Baker nor FOX has officially announced the supposed departure of Nancy, the character of Baker is likely to continue featuring in ‘9-1-1.’ In the rest of the episodes of the third season, we may see Nancy returning to field duty with more carefulness. She may honor the bracelet Joanne has left for her by caring for the elderly and people with terminal illnesses. Nancy may also restrict her personal feelings from influencing her work. The encounter with Joanne must have changed her into a better professional rather than putting an end to Baker’s career.

Nancy’s absence in a single episode doesn’t necessarily mean that Baker did leave the procedural show. The challenges she faces concerning the lawsuit can be a plot device to depict the dangers of personal affairs finding a way into the professional decisions made by paramedics. Considering these possibilities, the predicament with Joanne may turn out to be a valuable lesson for Nancy rather than a gateway for Baker to exit the show.

Read More: Who is Morris in 9-1-1: Lone Star? Will Tommy and Morris End Up Together?