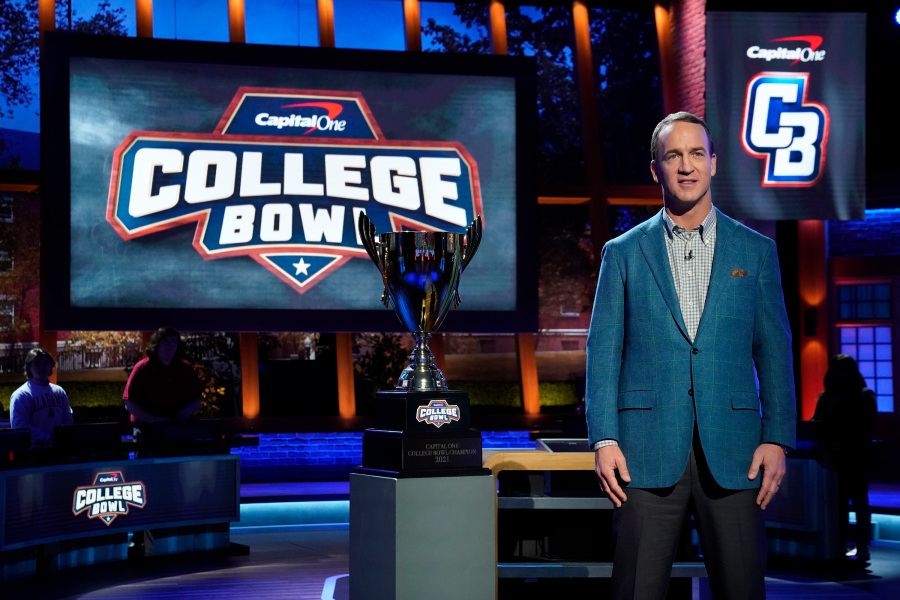 Hosted by the NFL legend Peyton Manning, NBC’s ‘College Bowl’ reboot is a reality competition show that invites teams of three from some of America’s top schools and tests their grasp on a variety of subjects. The two teams that stand out and outperform their competition advance to the final, where they stand a chance of winning a total of $1 million in scholarships and the Capital One College Bowl trophy.

A reboot of the popular game show of the same name that became famous in the second half of the 20th century, the NBC series, despite its return after a long time, managed to garner similar support from the viewers. Some of them may naturally be curious about the show’s filming location, something that intrigued us as well. So, we investigated, and here’s everything we could find out.

Over the years, several well-known shows have been shot in the Bear Flag state includes ‘Love, Victor,’ ‘Never Have I Ever,’ ‘Flatbush,’ and ‘Lucifer.’ The shooting of the NBC college show is done at a specific location in the state, so let’s learn more about it.

The series is filmed in Culver City. Located in Los Angeles County, it has a rich filmmaking history and is a major television and film production location in the state of California. The filming for the ‘College Bowl’ reboot is done mainly in the Sony Pictures Studios, located at 10202 West Washington Boulevard. Founded in 1912, the production facility has served as the filming location for popular game shows like ‘Wheel of Fortune,’ ‘Rock & Roll Jeopardy!,’ ‘Are You Smarter than a 5th Grader?,’ and ‘Jeopardy!.’

In its long history, hundreds of films have also been shot in the studio, and it continues to attract film and television production projects. A big reason for this is its proximity to the center of America’s television and film industry, Los Angeles.