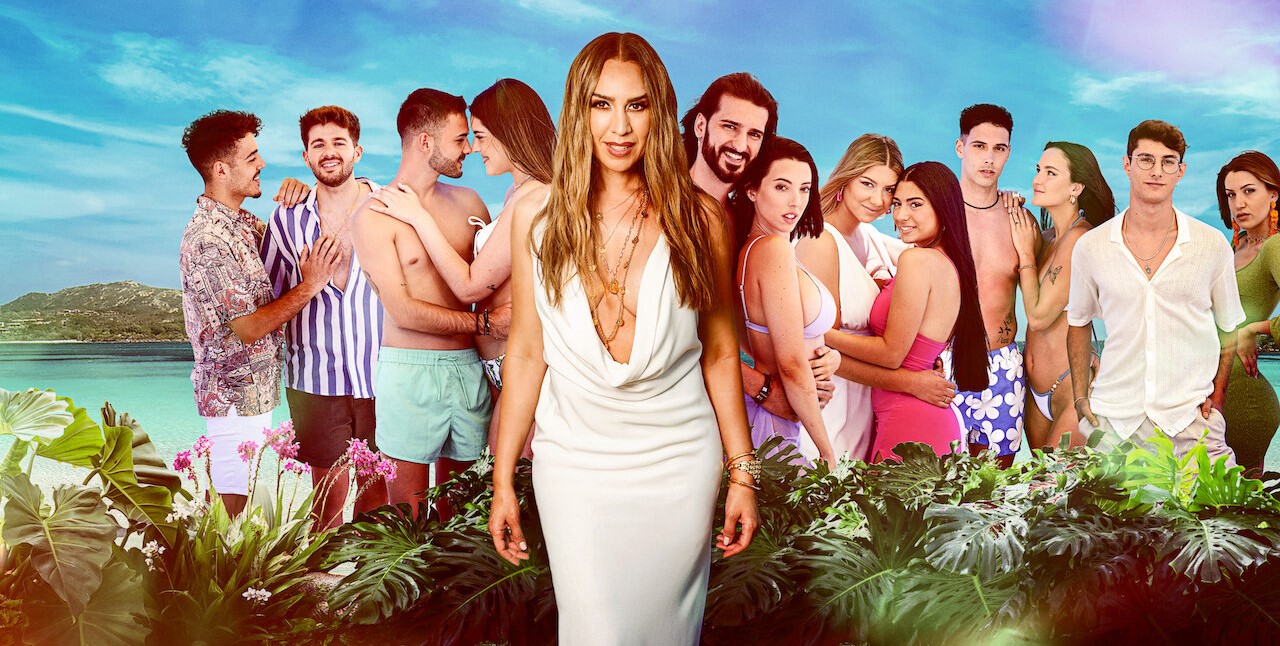 A spin-off of the original show ‘Love Never Lies,’ Netflix’s ‘Love Never Lies: Destination Sardinia’ (originally titled ‘Amor con Fianza: Destino Cerdeña) is a Spanish dating reality television series that follows six couples who wish to find out whether their relationship is as strong as they believe. For the ultimate test of love, they have to live apart from one another in an idyllic setting on a picturesque island. To test the strength of the couples’ relationships, some attractive bachelors are thrown in the mix who have the liberty to form a bond with anyone.

What makes things even more complicated is that the couples have to face “eye detect,” which detects when someone is lying through the involuntary alterations in the eyes. Although the original prize money for the winning couple is 100,000 euros, the “eye detect” adds up the prize money with each truth but deducts it when the contestants lie. However, the videos shown to the couples outside the villa are not always real and might be manipulated to further test their relationship. While the host Mónica Naranjo keeps things interesting, the backdrop of the luxurious villa and scenic island makes one wonder where the reality series is filmed. Here are all the details about the same!

‘Love Never Lies: Destination Sardinia’ is filmed in Italy, specifically in Sardinia. The principal photography for the inaugural iteration of the dating series seemingly took place in late 2021. Even though it is a Spanish show, it is shot on location in Italy. Now, without further ado, let’s take a look at all the specific sites that appear in the Netflix series!

All the pivotal sequences for ‘Love Never Lies: Destination Sardinia’ are lensed in Sardinia, one of the 20 regions of Italy and the second-largest island in the Mediterranean Sea. From the looks of it, the production team sets up camp in one of the villas on the island and a few of the beaches to tape the scenes of the ones who spend time with other contestants under the same roof and of the ones who watch their videos in an open area, respectively.

Situated west of the Italian Peninsula and south of Corsica, Sardinia is known for its diverse ecosystem, which includes sandy beaches, woods, mountains, rocky coasts, streams, and uninhabited territory. All these features make it a suitable filming site for different kinds of productions. Movies and TV shows like ‘Hannibal,’ ‘Red Notice,’ ‘The Bank Job,’ ‘From Scratch,’ and ‘Catch-22‘ have utilized the locales of the paradisiacal island.