Where is Netflix’s Off the Hook Filmed? 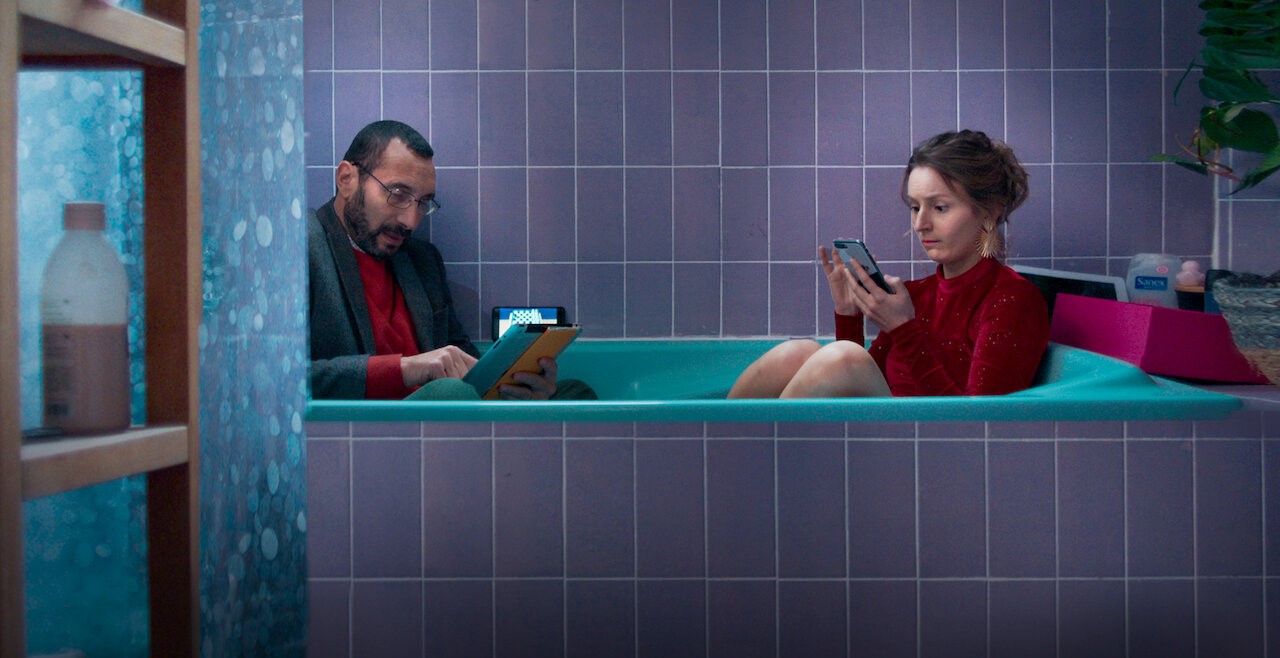 Created by Marie Jardillier, Netflix’s ‘Off the Hook’ (originally titled ‘Détox’) is a French comedy series that follows the lives of two roommates, Manon and Léa. Collectively, they have realized that they have a toxic relationship with the internet, and it is high time that they take some serious action to break the pattern. Upon much consideration, they both decide to do something that seems impossible — abandon all of their smart devices for the next 30 days and stay away from the internet.

The French series portrays the negative influence and effects that the internet can have on people these days while painting a comedic yet realistic picture of how much of a task social media detox can be. The hilarious onscreen performances from a talented cast, including Manon Azem, Tiphaine Daviot, Charlotte de Turckheim, and Héléna Noguerra, complement the show’s overall vibe. Moreover, the use of different locations in each episode is bound to make you curious about the actual filming sites of the series. In that case, you might be interested in what we have to share about the same!

Off the Hook Filming Locations

‘Off the Hook’ is filmed entirely in France, specifically in Île-de-France. The principal photography for the inaugural iteration of the comedy show reportedly commenced in October 2021 and wrapped up after a month or so in November of the same year. Situated in Western Europe, France is a transcontinental country that is a global center of art, philosophy, and science. It also stands quite high in the international health care rankings, education, human development, and life expectancy. Now, let’s follow Manon and Léa to all the specific locations that appear in the series and see how they handle their social media detox!

All the pivotal sequences for ‘Off the Hook’ are taped in Île-de-France, the most populous region of France, which is also known as the Région Parisienne (Paris Region) as it is centered on the capital, Paris. From the looks of it, the cast and crew travel across the region and utilize the vast and diverse locales to lens different sequences against suitable backdrops.

Situated in the north-central France, Île-de-France consists of eight administrative departments: Paris, Essonne, Hauts-de-Seine, Seine-Saint-Denis, Seine-et-Marne, Val-de-Marne, Val-d’Oise and Yvelines. The region is considered one of the world’s top tourist destinations, with millions of tourists visiting each year. Some famous tourist attractions in Île-de-France are the Cathedral of Notre Dame, the Palace of Versailles, Disneyland Paris, the Basilica of Sacre-Coeur, and the Palace of Fontainebleau.

Besides the tourists, many filmmakers frequent the region for shooting purposes. Over the years, Île-de-France has hosted the production of several movies and TV shows, such as ‘The Living Daylights,’ ‘The Take,’ ‘Monte Carlo,’ ‘My Donkey, My Lover & I,’ and ‘Emily in Paris.’

Read More: Is Off the Hook Based on a True Story?