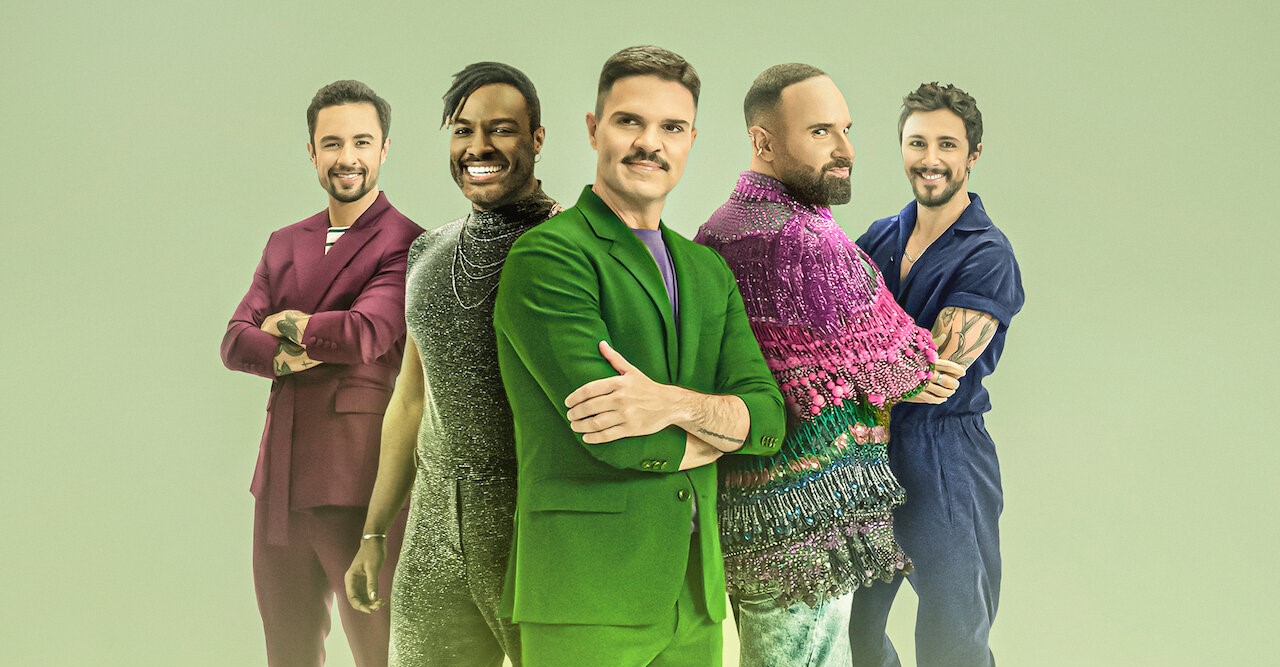 Netflix’s ‘Queer Eye: Brazil’ is a reality TV series that is an international spin-off of the hit series ‘Queer Eye,’ which itself is a reboot of the eponymous Bravo show. Like the parent show, it also features the Fab Five, but a brand new set of experts from Brazil, who head out into the city and transform the lives of several individuals. The five professionals bearing expertise in different fields work together to change people’s lives by improving their home decor, wardrobe choices, grooming habits, diet, and cultural pursuits by giving advice regarding their personalities.

The Fab Five of ‘Queer Eye: Brazil’ comprises Fred Nicácio (well-being), Rica Benozzati (style), Guto Requena (design), Yohan Nicolas (beauty), and Luca Scarpelli (culture). These makeover experts who use their professional prowess and experience to help the people struggling in these areas by making a few changes in their lifestyle and transferring their positive vibes to improve their self-confidence. During the show, the Fab Five visits residences of different individuals in different areas of the city. So, it is natural for you to be curious about the filming locations. Well, here’s what you need to know!

‘Queer Eye: Brazil’ is filmed entirely on location in Brazil, specifically in São Paulo. The principal photography for the inaugural iteration of the reality series seemingly took place in late 2021. Located along the eastern coast of South America, Brazil is considered a regional and middle power.

Thanks to the vast and diverse landscape, the Federative Republic of Brazil is frequented by many filmmakers for the production of different kinds of movies and TV shows, including reality shows such as ‘Queer Eye: Brazil.’ So, if you are looking to learn all about the specific locations used to film the series, you might be interested in what we have to share!

Many pivotal sequences for ‘Queer Eye: Brazil’ are primarily lensed across São Paulo, the capital of the eponymous state in the Southeast Region of Brazil. The filming unit was spotted traveling around São Paulo in late 2021, taping several scenes for the debut season of the Brazilian version of the reality show. The show is also recorded in the residences of the nominated people as the Fab Five work their magic and transform not just their house but also their lifestyle.

The Land of Drizzle is home to some of Brazil’s tallest skyscrapers, including Edifício Itália, North Tower, the Mirante do Vale, and several others. Furthermore, the city comprises a number of museums, monuments, and parks as well. Some of them are the Museum of Ipiranga, the São Paulo Museum of Art, the Latin American Memorial, and the Ibirapuera Park. Apart from ‘Queer Eye: Brazil,’ São Paulo has served as a pivotal filming site for several other productions, such as ‘Solace,’ ‘Nine Days,’ ‘Verdades Secretas,’ and ‘Sense8.’