Where Is Ex-Surgeon Paolo Macchiarini Now? 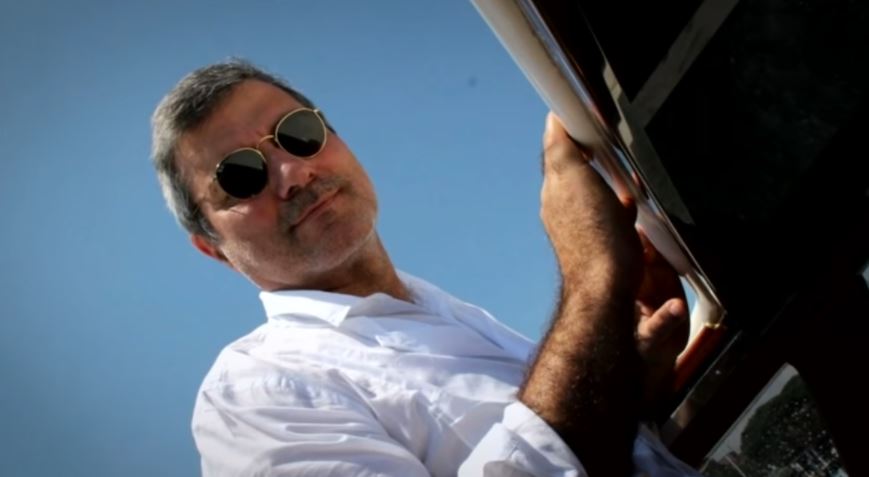 ABC’s true-crime documentary series, ‘The Con,’ unravels the web of lies and deceits of those who fooled unsuspecting individuals by claims of promises that proved too good to be true. With Whoopi Goldberg as the narrator, the series explores the cost of the victims’ blind trust, both emotional as well as financial, and how it turned out to be unfathomably tragic.

In each case, we hear from key people involved, including the victims, eyewitnesses, law enforcement officials, and sometimes even the con artists themselves. Paolo Macchiarini, a thoracic surgeon and former regenerative medicine researcher, who is now known for fraud and manipulation, is the focus of the very first episode. So let’s find out more about him, shall we?

Who Is Paolo Macchiarini?

Born on August 22, 1958, Paolo Macchiarini is a Swiss-born Italian who obtained his medical degree at the Medical School of the University of Pisa, Italy, in 1986. He also earned his Master of Surgery from there in 1991. Then, by taking courses on statistics in clinical research and doing a Master’s in organ-tissue transplantation, along with a doctorate in the same, Paolo started turning his dream of regenerative medicine into a reality.

He shot to fame in 2008 after successfully creating a new airway for a young woman from Barcelona by chemically stripping away the cells of a windpipe taken from a deceased donor and adding the recipients’ own bone marrow cells to it. The artificial organ apparently functioned as well as a natural one, so countless news publications declared Paolo a phenomenon in thoracic and vascular surgery. By 2011, he was thus working at one of the world’s most prestigious medical universities, the Karolinska Institute in Sweden, whose professors actually select the winner of the Nobel Prize in Medicine.

As a visiting professor conducting basic research in regenerative medicine or stem cell biology, Paolo reinvented his technique there. Instead of stripping the cells from the donor’s windpipes, he decided that using plastic scaffolds made to each patient’s needs was a better idea. And so, for a couple of years, that’s the path he took while operating. In 2012, though, one of Paolo’s patients passed away. The Karolinska University Hospital decided to stop all future operations in this field and didn’t even extend his contract.

However, Paolo Macchiarini was still allowed to perform such clinical studies in Russia. It was only in June of 2014 that he was suspected of misconduct in research after another one of his patients died. In the months that followed, four doctors at Karolinska University Hospital filed two more misconduct reports. They claimed that in seven of his scientific papers, his research results had been reported in an overly positive manner.

The doctors argued that the reports incorrectly described the patients’ post-operative status as well as the implants’ functionality. Three of these doctors were the co-authors of some of his papers. What ensued was Paolo’s response to the first report, denying all allegations against him and the Karolinska Institute requesting an external investigation in the case relating to the second and third complaints against him.

Where Is Paolo Macchiarini Now?

Paolo Macchiarini was a world-renowned surgeon by 2013, with NBC News even doing a story on him titled ‘A Leap of Faith’ to spotlight his work in the area of organ transplantation and clients/friends allegedly including Pope Francis, Vladimir Putin, Nicolas Sarkozy, and other world leaders. On May 13, 2015, though, Karolinska Institute’s external research party concluded that Paolo was, in fact, guilty of misconduct in research. But he refuted all the charges again, leaving the Swedish Research Council no choice but to stop his funding.

Nevertheless, somehow, in the months that followed, Karolinska Institute cleared his name and appointed him as a temporary researcher for another year. Yet, in January 2016, Paolo was accused of some new serious crimes. The first came from Vanity Fair through a story centering around his personal life, accusing him of being a master manipulator as well as a complete liar. A three-part docuseries ‘The Experiment’ then explored how almost all his patients suffered horribly and died due to complications related to the artificial tracheas, raising concerns about post-operative care and research ethics.

With all this, the misconduct investigations resumed, and Paolo was dismissed from the institution. In 2019, he was sentenced to 16 months in jail by an Italian court for forging documents and abuse of office. A year later, in September 2020, he was indicted on charges of aggravated assault in Sweden, stemming from three different transplants he’d carried out in 2011. He stood trial in spring 2022 and was eventually found guilty of a single count of “causing bodily harm” — he was cleared on two other charges of assault.

However, despite prosecutors recommending a 5-year jail sentence, Paolo was merely given a wholly suspended penalty with two years of probation and no effect on his license. The district court found he’d not only never operated on his patients with the intent to cause harm but had also never been outrightly charged with killing them, resulting in the seemingly lenient outcome. The court agreed Paolo’s surgeries weren’t consistent with “science and proven experience,” yet “two of the [three] interventions were justifiable.”

Paolo is thus a free man at the moment, but the Swedish prosecutors have appealed on the grounds he was essentially conducting “unlawful human experiments,” meaning the case is far from over.