Where Is Phoebe Davis From Cosmic Love Now? 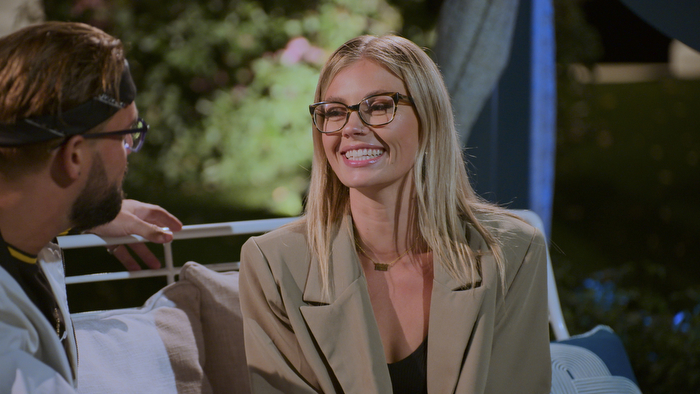 If you have ever been intrigued about the role astrology can play in love, Amazon Prime’s ‘Cosmic Love‘ would be right up your alley. The exciting dating reality show follows four individuals or elements tasked with finding their perfect partner from sixteen single contestants. However, they are guided in their journey by the “Astro Chamber,” which provides guidance and even reveals their perfect matches, one by one. Yet, with the show being completely unscripted, the participants are also allowed to form their own relationships, leading to a showdown between astrological matches and a connection of the heart.

Phoebe Davis, the representative of the fire element, came on the show to find a husband. Originally from Spokane, Washington, she revealed that she is a career-driven woman and wants someone who can complement her passion for success. Albeit, as the season rolled on, things seemed to go astray for the reality star, making fans curious about her current whereabouts. Well, let’s find out where Phoebe Davis is at present, shall we?

Immediately upon entering the retreat, Phoebe’s eyes fell on Caleb McDonald, and she chose him for her first date. Interestingly, the date turned out to be quite pleasant, and she seemed quite determined to seek a connection with him even if they were not astrologically compatible. Surprisingly, the “Astro Chamber” had an ace up its sleeve and soon revealed that Caleb was Phoebe’s first perfect match. Naturally, the Spokane native was thrilled at the news, and the pair looked forward to exploring their connection. 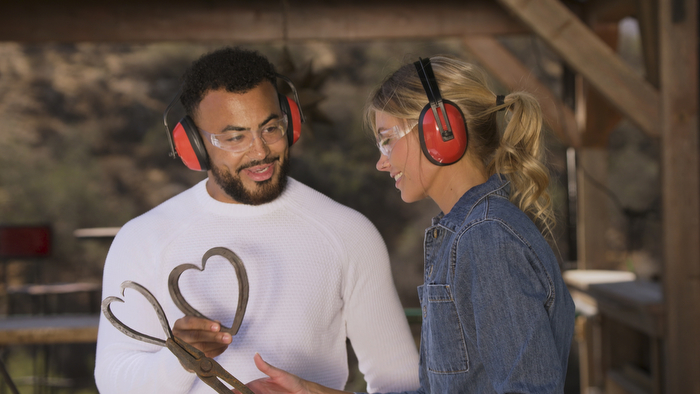 Unfortunately, things began going south once Caleb met and got acquainted with Adrianna Raphaela. Though the latter was Connor’s perfect match, she seemed pretty interested in Caleb, who reciprocated the feeling. Although the sudden development stopped Phoebe’s plans, she soon got over the past and began looking forward to her other matches. Incidentally, she felt like her second and third matches, David and Phillip, weren’t viable romantic partners match, but her fourth match, Darren, proved to be quite interesting.

Besides, once Darren and Phoebe got acquainted, they realized they had a lot in common, and their minds worked on similar wavelengths. However, fate had other plans, as even while exploring a connection with Phoebe, he began gravitating towards fellow-contestant Theresa Vongkhamchanh, and the two were almost inseparable. Eventually, Darren and Theresa understood that they were perfect for each other and decided to leave the experiment as a couple, leaving Phoebe quite disappointed.

By this time, the Spokane resident had already eliminated Caleb as well as David and was left with Phillip, whom she gradually got close to. Interestingly, he was rather taken with Phoebe and was even ready to risk it all for her. Yet, the Spokane native felt like she needed to work on herself before committing to marriage and exited the show alone after rejecting Phillip’s proposal.

Where Is Phoebe Davis Now?

Once filming for ‘Cosmic Love’ wrapped, Phoebe settled back into her daily routine and seems to be leading a happy life now, surrounded by friends and family. Currently, she has her roots in San Diego, from where she owns and operates a marketing business, and also keeps shuttling to Los Angeles and Arizona. Besides, she is a fitness enthusiast and runs her own fitness blog, Flexing Phoebs, alongside being an established model and making a name for herself in the entertainment industry as an actor.

Interestingly, Phoebe’s recent social media posts have made the absence of a special someone in her life quite apparent. Thus, while we believe she is still single, the entrepreneur has made quite a few lifelong connections during the filming of ‘Cosmic Love’ and is busy taking her already illustrious career to further heights.