Where is Randy Statum From My 600-lb Life Now?

TLC’s ‘My 600-lb Life’ is a reality show that follows the weight loss experiences of clinically obese people who weigh at least 600 pounds or more. They start the inspiring path of taking part in a weight reduction program since they have sedentary lifestyles and rely heavily on food. The individuals turn to Dr. Younan Nowzaradan, often known as Dr. Now, for assistance. The Iranian doctor offers them stringent nutrition and exercise regimens as well as guidance on making lifestyle adjustments to achieve this.

Since its debut in 2012, each season has featured cast members with a variety of personalities and backgrounds; some have undergone difficult journeys, while others have a credible path to success. They encounter various challenges, which keep the audience interested throughout their weight loss journey. One such impactful journey was that of Randy Statum, who appeared in season 4 episode 10. His urge to get his health better and live happily with his family garnered him a number of fans, who must be wondering where he is now. If you’re curious to know about him, too, here’s what we found out!

Having a hard time moving around in his house, 35-year-old Randy Statum made his appearance on the weight loss reality show and weighed 640lbs. He was devastated and frustrated at the state of his body. He saw his life getting tougher as he had gotten more dependent on his family for very little work. Randy’s sister, Danielle, had to help him even wear a sock, and he hated that he needed help with everything. However, things weren’t always tough for the former athlete. Randy spent his childhood playing different kinds of sports, as he was athletic, and his father was a coach at youth team sports.

However, his father began encouraging him to eat as much as he could to gain weight and use that size on the field. Slowly, Randy began binge eating, but no one stopped or controlled his behavior. Since he played well with the help of that weight, his father and everyone around him did not think of it as a problem. Thus, he reached around 300 pounds by the time he graduated high school. However, in his 20s, Randy stopped playing sports, but his eating habits stayed the same. He met his future wife, Danielle, at 22, and they dated for 4 years before getting married.

Around those four years, Randy gained another 100 pounds. When the two planned to have a family, they had a tough time conceiving. Fearing that he might be the problem, Randy refused to get himself tested. This strained their relationship, and they got divorced. At that point, depression made him gain even more weight, but also led him to his second wife, Ashley. Soon, they got married and welcomed their beautiful daughter, Khloe, into the world. 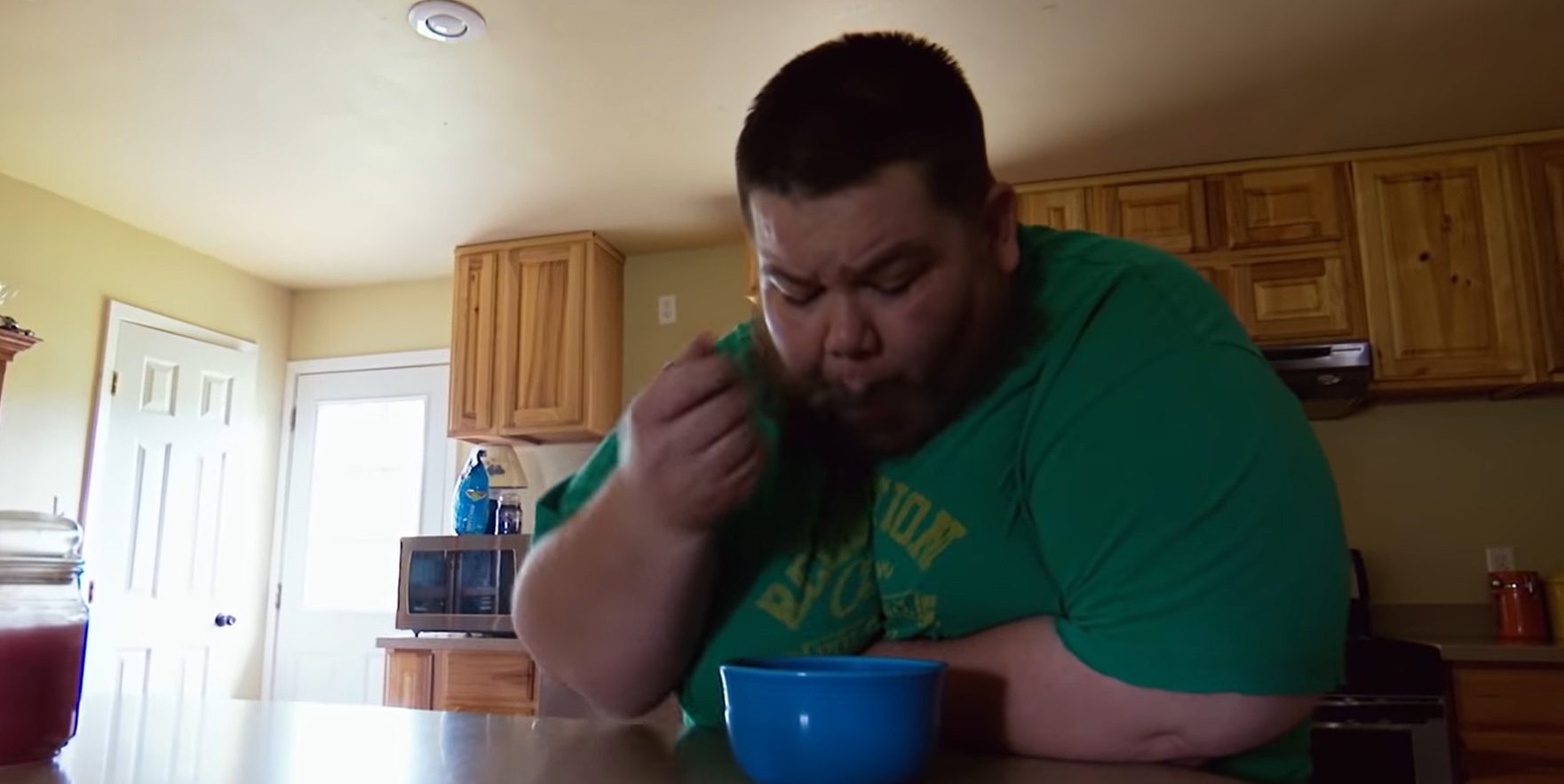 Although Randy was thrilled to take on the new responsibilities, his weight started straining his body, which led him to several health issues. Ashley couldn’t deal with this and said that he was “too big to be a father” and thus took their daughter and left him. Thus, the Hardin, Texas native wanted to become healthy and independent to take care of his family, which led him to Dr. Now.

Looking at his weight, the doctor asked him to lose 40 pounds to get approval for weight loss surgery. However, despite his determination, he gained 14lbs more in his next visit. But Dr. Now’s strict warning and encouragement helped Randy work hard, and finally, he came to his next appointment losing around 101 pounds. This earned him the approval for gastric bypass surgery, and he ultimately managed to lose around 350 pounds in total.

Where is Randy Statum Today?

Randy successfully shed his weight to become 350 pounds. Since his appearance, he has continued to maintain the same. He, in fact, lost more weight over the years and has gotten healthier over time. He is much more active and spends as much time as he wants with his daughter, Khloe. Interestingly, Randy also met the “love of his life,” Jennifer Armstrong, and they have been living together since then. Jennifer has an 11-year-old daughter of her own, Bre, from a previous relationship; she now lives with her mother and Randy in San Leon, Texas.

Fortunately, Randy has successfully maintained a great relationship with his daughters, and the two little girls also seem to go along very well. On Father’s Day, Randy also shared an emotional post being grateful for both his daughters and the time he spends with them and for the mothers who give him the time with his daughters. Randy, Bre, Khloe, and Jennifer often spend time together, going out, eating out, attending concerts, and celebrating holidays together.

Randy was formerly employed as Store General Manager at American Freight Furniture, Mattress, Appliance but left the job in 2022. His girlfriend, Jennifer, currently works at a trucking company called Coal City Cob Incorporated (CCCI) and is originally from La Porte, Texas. The couple shares a common love for hunting and sometimes go together to indulge in their hobby. Thus, it seems like Randy is doing a great job maintaining his weight and is also living a happy life with his family. We only wish him more happiness and success in his future endeavors.

Read More: Where is Janine Mueller From My 600-lb Life Now?