‘Home Team’ brings the audience’s attention to the life of football coach Sean Payton. Instead of focusing on his achievements as the coach of the National Football League (NFL) team New Orleans Saints, the sports comedy tells the story of Sean reconnecting with his son, Connor. The movie, directed by Charles and Daniel Kinnane, sees Sean returning to his home in Argyle, Texas, and joining the coaching staff of his son’s middle school football team. In the process, he bonds with Connor. The movie’s strong father-son-themed narrative will certainly make viewers wonder about the real-life Connor Payton and his current whereabouts. If you are curious about the same, here’s everything we know!

Who Is Connor Payton?

Connor Payton is the son of noted NFL coach Sean Payton. A fictionalized version of Connor appears in the 2022 film ‘Home Team.’ In the movie, actor Tait Blum plays the role of Connor. Connor was born in Texas to parents Sean and Beth. The film shows that Connor plays football for the Liberty Christian Warriors while attending the Liberty Christian School. Connor is initially cold towards his father, but the two begin to bond after Sean joins the Warriors. 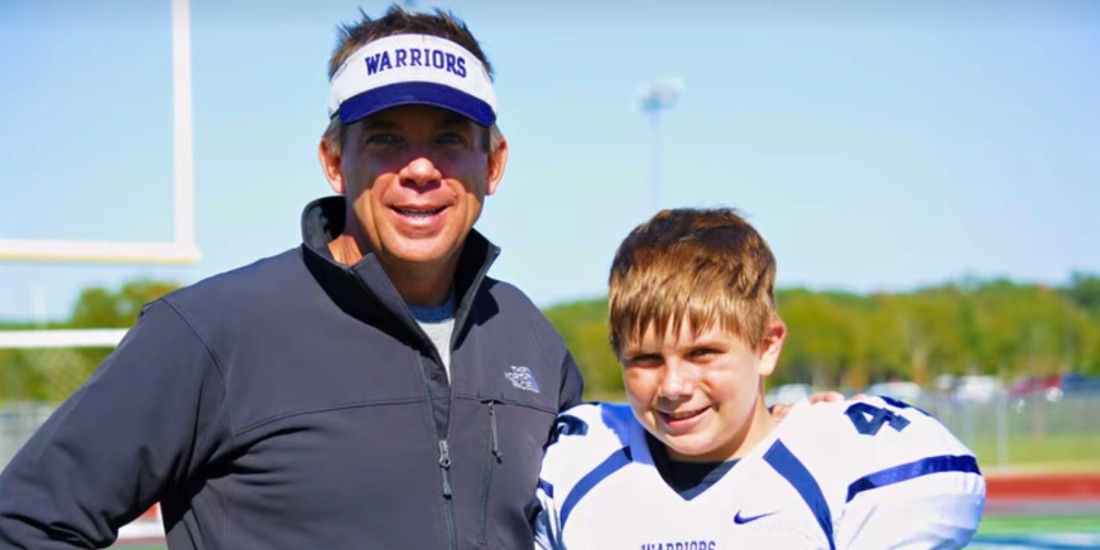 In reality, Connor was in the sixth grade and aged 12 when Sean joined the coaching staff of his son’s middle school football team. Despite being the son of one of the most celebrated football coaches in the history of the sport, Connor has resorted to keeping his personal life private. Not much is known about Connor’s childhood other than his association with the Warriors. Connor has a sister named Meghan, who does not appear in the movie.

Where Is Connor Payton Now?

As stated earlier, not much is known about Connor’s personal life, and his educational qualifications haven’t been made public. However, Connor’s Twitter handle suggests that he is a student of Texas Christian University. From the looks of it, Connor hasn’t pursued a career as a professional football player. He will turn 22 years old in March 2022. His parents are divorced, but Connor remains close to his father.

I'm so thankful for my family😊 pic.twitter.com/Xaas6m5CR9

Aside from his interest in football, Connor is also an avid basketball fan. Sean and Connor have been spotted at various football and basketball games together on numerous occasions. The father-son duo is a fan of the New Orleans Pelicans basketball team. Connor served as a consultant on the movie about his relationship with his father. From Connor’s social media accounts, it is safe to say that he is a resident of Fort Worth, Texas. Connor is yet to publically reveal whether he is dating anyone or is single. Recently, Connor shared a heartfelt note for the fans of the New Orleans Saints after his father stepped down as the Head Coach of the team.

Read More: Is Home Team Based on a True Story?