As a drama film that, in a way, directly mocks its title at every turn, Netflix’s ‘The Good Nurse’ is the epitome of not just creepiness but (without a hint of an exaggeration) the entire true-crime genre. After all, it delves deep into the real-life tale of Charles Cullen (Eddie Redmayne), a nurse that took advantage of his vocation to slay a myriad of patients across New Jersey and Pennsylvania. It’s actually believed he could be the most prolific serial killer in history, suspected of having taken nearly 400 lives over 16 years. So now, let’s find out more about his past as well as his present, shall we?

Who is Charles Cullen?

Although born in New Jersey on February 22, 1960, as the youngest of eight children, Charles Edmund Cullen is only half-American because his mother reportedly originally hails from England. He was thus raised in an Irish Catholic family but has since described his childhood as completely miserable — he lost his father when he was seven months old and was bullied throughout school. The teasing actually affected him to such an extent that he made the first of his 20 suicide attempts at the tender age of 9 by drinking chemicals and even began having mental health issues.

As if that’s not enough, Charles’ mother sadly died in a car accident while he was a high school senior, immediately after which he also had to deal with the hospital cremating her without asking. He hence lost focus, dropped out, and eventually enlisted in the Navy, where he passed rigorous psychological exams before serving in a team responsible for some missiles aboard submarines. However, as time passed, his mental health began deteriorating once again, driving him to another suicide attempt — he was subsequently handed a proper medical discharge around 1984.

That’s when Charles decided to enroll at Mountainside Hospital’s Nursing School in Montclair, New Jersey, where he managed to do so well that he graduated as elected class president in 1986. He then spent the ensuing 16+ years working in a total of 9 different establishments across The Garden State as well as The Keystone State, and at almost each one, he harmed at least one patient. His modus operandi was always injecting them with a lethal dose of digoxin, insulin, or epinephrine — the nurse ultimately confessed to killing up to 40 patients in this manner, 29 of whom have been formally confirmed.

We should mention Charles was suspected of wrongdoing several times throughout his career, yet he managed to land one job after another owing to a national shortage of nurses around that period. However, in October 2003, he was fired by the Somerset Medical Center for good for ostensibly lying on his job application — it was following some drama over his connection to the drug requests being made. And less than two months later, on December 12, 2003, the nurse was arrested by state officials on counts of murder as well as attempted murder for his actions that can not be reasoned in any way.

Where is Charles Cullen Today?

According to reports, Charles Cullen completely cooperated with the authorities and revealed every little detail he could remember about each incident in exchange for them not pursuing the death penalty. Therefore, in April 2004, he pleaded guilty to 13 counts of murder, plus two counts of attempted murder, in connection to his time at Somerville, New Jersey’s Somerset Medical Center. Then, in the months that followed, the nurse pleaded guilty to at least nine more murders as well as three more attempted murders across the state, leading to his sentence time just continuing to rack up. 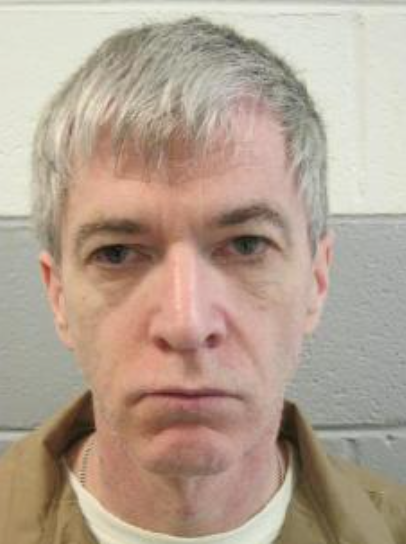 Charles was thus eventually handed a total of 18 consecutive life sentences, plus an additional 60 years, which he is currently serving at the maximum-security New Jersey State Prison in Trenton. He received 11 life terms for his 22 patient killings in The Garden State, seven for his 7 slayings in Pennsylvania, and he reportedly attempted to murder a combined total of 6 more. We should mention that since all of the 62-year-old’s penalties are to be served consecutively with parole, he will be eligible for the same (in New Jersey) on June 10, 2388, just a little less than 366 years from now.