Where is Seth From Sing On Now?

Karaoke has always been a great way to take off the edge at the end of the week. Just singing your heart out to your favorite song in the company of loved ones and friends is an amazing feeling! Netflix’s ‘Sing On!’ translates this experience for our personal screens. In an attempt to win up to $60,000, 6 contestants battle it out in 5 rounds while a vocal analyzer judges their accuracy. Tituss Burgess hosts the singing competition. If you’d like to learn more about Seth (from the episode ‘Movie Night’) then just keep on reading.

Seth was introduced during the group performance of ‘Eye of the Tiger,’ and his cool and collected outlook could not be missed. The first round had the group singing ‘This is Me’ from ‘The Greatest Showman,’ and the then inventory management specialist scored 62% for his accuracy. Seth voted for Grace to be eliminated after this round. The next round had the contestants singing the Oscar-winning tune ‘Shallow’ from Lady Gaga and Bradley Cooper’s ‘A Star is Born.’ Seth sustained an incredible note in the song and placed second in the round with a cool 74% accuracy rate. He also had the tie-breaking vote that eliminated Khaj. 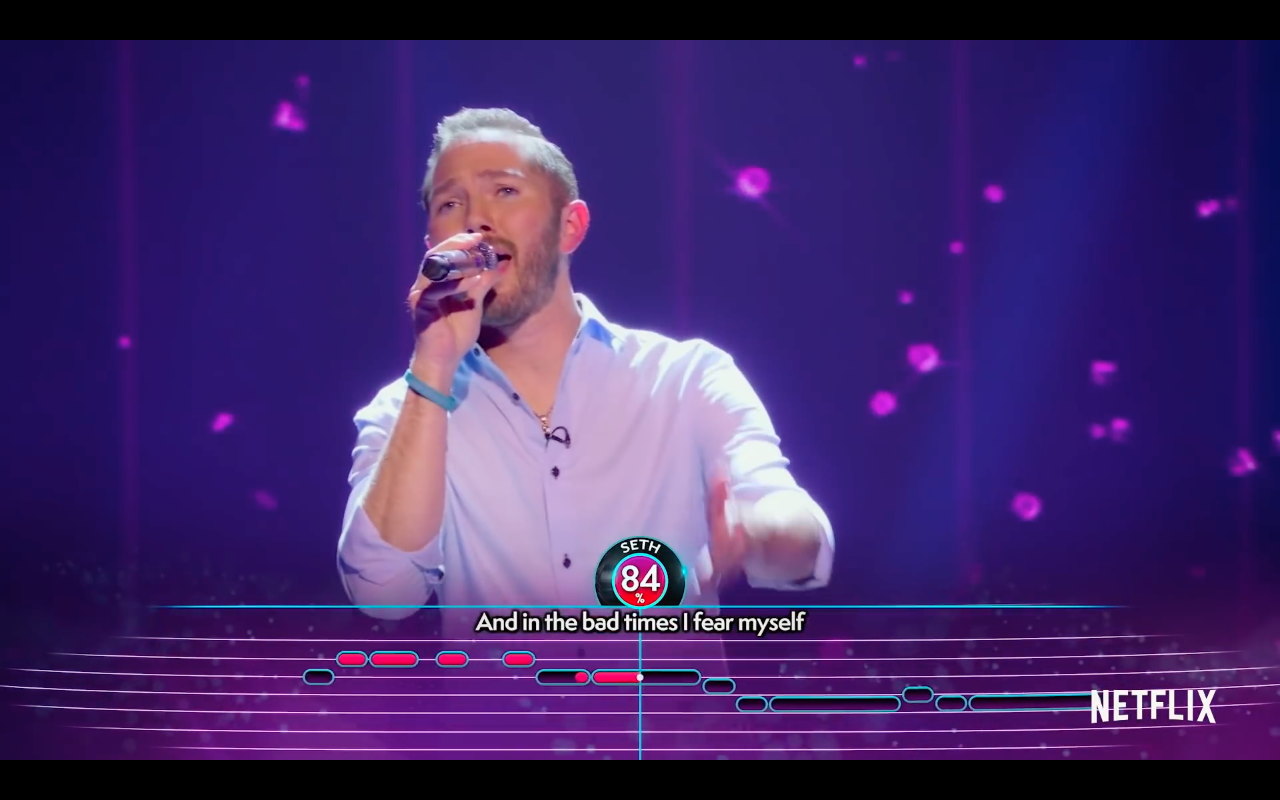 Next up was the title track of ‘Mamma Mia!’ Seth emerged victorious in the round and scored a whopping 87%. Adele’s much-accoladed song ‘Skyfall’ followed, and while he may have missed the Golden Note, he still made it to the finals. Seth’s accuracy was 75%, just 1% less than Josh’s. This is why the latter got to choose the concluding song for the evening, which was the iconic Whitney Houston number ‘I Will Always Love You.’ Seth and Josh both gave an incredible performance in the final round, especially considering the high notes that had to be sustained. With just a 3% difference in their scores, Seth emerged victorious with an accuracy score of 69%. The jackpot was a whopping $43,650 which Seth took home!

Where is Seth Now?

According to Seth’s Instagram bio, he is based out of Nashville, and along with being a musician, he is a self love and worth advocate. He loves photography and currently works as a sales executive at ZIVEL, a health and wellness brand. Alongside this, Seth is also a brand ambassador for Monster Energy, according to his LinkedIn profile. An interesting fact about him (that he revealed on the show) is that he has actually won two hot-dog eating competitions. Seth is an avid traveler and frequently posts about his trips online. You can catch up with all his adventures on Instagram.

Read More: Where is Ceci From Sing On! Now?