Where is Spencer Harris From Welcome to Wrexham Now?

As a docuseries that charts the journey of Wrexham AFC under the new ownership of Rob McElhenney and Ryan Reynolds, FX’s ‘Welcome to Wrexham’ is as light-hearted as it is inspirational. That’s because it includes everything from the stars’ decision to buy this Welsh professional football club to the supporters’ response to the hard work put in by athletes and administrators alike. Among those to thus feature in this original is Honorary Vice President Spencer Harris — so now, if you wish to learn about his involvement as well as his current standing, we’ve got you covered.

Who is Spencer Harris?

With the small market town of Wrexham in Northeast Wales being his hometown, Spencer Harris knows first-hand that the association club represents much more than a sport; it’s a community. It’s why he volunteered there before eventually taking on the role of Director when it fell into heartbreakingly hard times despite also helming an esteemed executive post at Kellogg Company. The Oxford Brookes University graduate (Master’s in Coaching & Mentoring Practice) actually maintained these responsibilities concurrently, that is, until his retirement upon the club takeover. 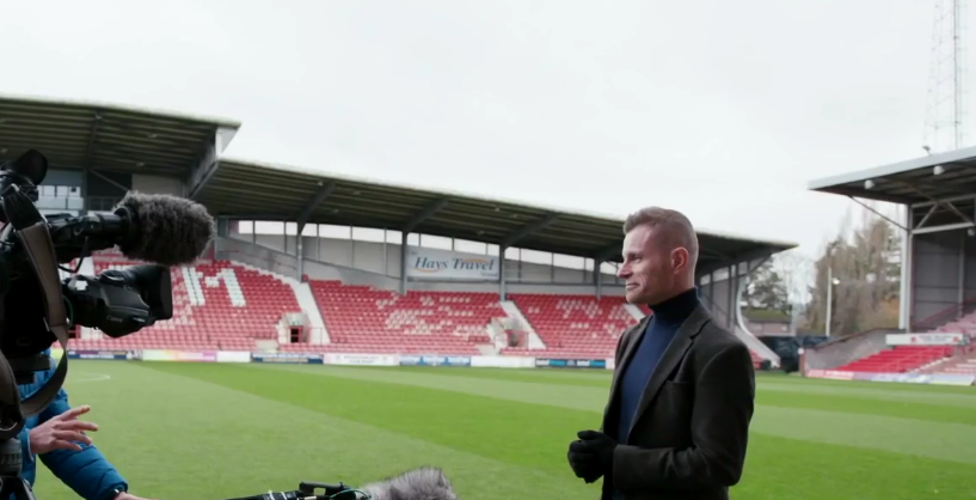 It was in May 2019 that Spencer got a call regarding potential buyers of the National League club, which was then owned by fans through the Wrexham Supporters Trust (since around 2011). The Trust had successfully managed to keep their beloved institution afloat with the help of the Director, but they did not have the funds to help it move forward, evidently driving him to be open. “We didn’t know who the interest was from in the early stages.” Spencer once said. “All we knew was that it was two extremely wealthy and famous people,” so it was incredible when he learned it was Rob McElhenney and Ryan Reynolds.

There were months of working out the intricacies of the purchase, yet as soon as it was near completion, Spencer announced his resignation. In early January 2021, he said in a statement, “The last few months have been really difficult for me personally to balance all aspects of life. I wish everyone at Wrexham AFC and Wrexham Supporters Trust all the best for what I’m sure will be a really bright future. I’d like to thank all members for their support over the years and especially the last nine years that we have been running the club on your behalf.” However, he did promise to remain a part of the club, and he has kept it.

Where is Spencer Harris Now?

Spencer has not only since accepted the role of Honorary Vice President at Wrexham Association Football Club, but he also continues to work at Kellogg Company to the best of his abilities. From what we can tell, he started at the latter back in 2008 as a Human Resources Manager, just to gradually rise the ranks to now serve as the Senior Director of Enterprise Program Management, Office Kellogg Europe. In other words, he’s a football enthusiast, a volunteer, as well as a renowned executive who seems perfectly content with where he stands today, especially as he’s also a proud family man. They are his whole world.

We should also mention Spencer only has great things to say for both Rob McElhenney and Ryan Reynolds. “People with the professionalism of Rob and Ryan do not come around very often,” he admitted back in 2020 before adding, “They are very driven individuals and very successful people in their industry. But from our discussions I can say they are both down to earth and want what is best for the club.”