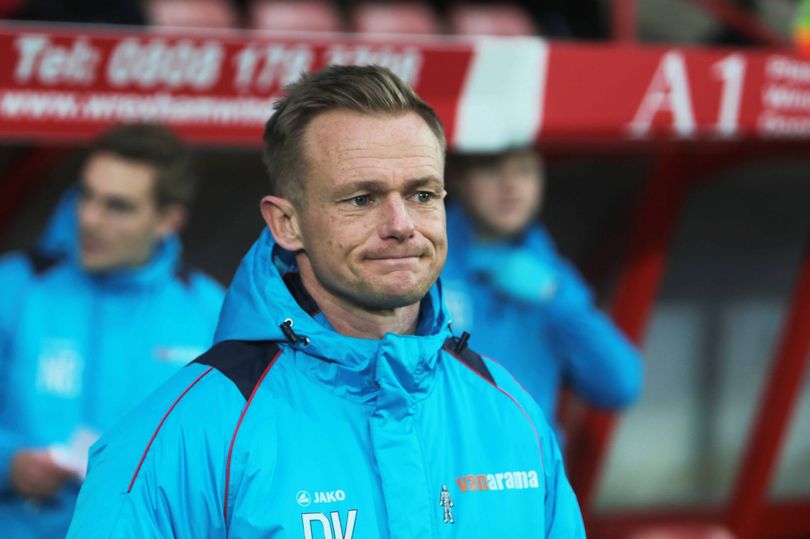 FX’s ‘Welcome to Wrexham’ can only be described as a docu-series that is as gripping as it is inspirational, considering the fact it’s a hopeful underdog story within the English football industry. After all, although it was a complete shock when Hollywood stars Rob McElhenney and Ryan Reynolds took over Wrexham AFC back in 2020, it’s undeniable the club has since been flourishing. But there was some crucial rebuilding required in the management staff for this to happen, meaning Dean Keates was soon let go — so let’s find out what he’s been up to these days, shall we?

Who is Dean Keates?

Born on June 30, 1978, in the small yet wonderous market town of Walsall, England, Dean Scott Keates is a former professional football player (midfielder) turned association-qualified manager. He actually kickstarted his career in the mid-1990s, following which he proved his mettle as a dedicated athlete in a few different clubs before hanging up his playing boots for good in May 2016. From making his professional debut through his hometown club to playing for Hull City, Kidderminster Harriers, Lincoln City, Peterborough United, and Wrexham, among many others, he did it all.

Dean even pursued a diploma in Sports & Exercise Science as well as Coaching from Wrexham Glyndŵr University (2013-2018), allowing him to really spread his wings in this sporting industry. He made a seamless transition into administrative work by becoming Wrexham AFC’s Manager in 2016 itself, but he left on his own accord in the middle of the next season after just 15 months. That’s because Walsall FC’s (his home club’s) higher-ups had approached him for the role of First-Team Manager, an opportunity he simply could not refuse, only to be dismissed in April 2019.

The former player subsequently returned to Wrexham in October, yet he knew that even though he was an executive, he’d have to work hard to regain the trust of athletes and supporters alike. Dean thus stated he was excited to not just establish himself but also help the team move ahead, all the while maintaining his integrity by conceding he doesn’t regret his original decision to leave. However, as Wrexham failed to even qualify for the playoffs in the 2020-2021 season, his contract was not renewed by the two new owners — he was let go alongside his staff on May 30, 2021.

Where is Dean Keates Now?

Ever since Dean’s second stint at Wrexham AFC came to an end, it appears as if he has preferred to keep his distance from the limelight in an attempt to focus on himself as well as his family. Therefore, it’s unclear whether he has joined any other organization as a manager/coach or not, but we do know he’s ambitious, forward-thinking, and will do anything to provide for his three kids. The 44-year-old is Union of European Football Associations (UEFA) qualified, and he has more than 25 years of overall experience under his belt, so he could still very well be a part of this world.

😂… here I am next to the big fella, I’m sofa surfing to make up the 2ft difference… pic.twitter.com/mU7oFyvvxb

Nevertheless, the one thing we do know for sure is that Dean Keates did expect to lose his job following the Wrexham club takeover by Rob McElhenney and Ryan Reynolds. “When new owners come in there’s always change and it’s more than likely the manager [that changes]. People like to have their own staff in,” he recently said. “I had almost been told — not directly, through somebody at the football club to my agent’s company — that I wouldn’t be there the following season. I knew what was coming.”

Dean then continued, “There’s no bitterness. There’s disappointment at how it ended, and one or two things saying ‘you are going to get this,’ and it doesn’t happen. There were a few things at the tail-end of the season that you have to try to manage to keep the group focused. You just felt everything was being lined up anyway, even before I had the confirmation that I wasn’t going to be the manager. But there’s no bitterness.”