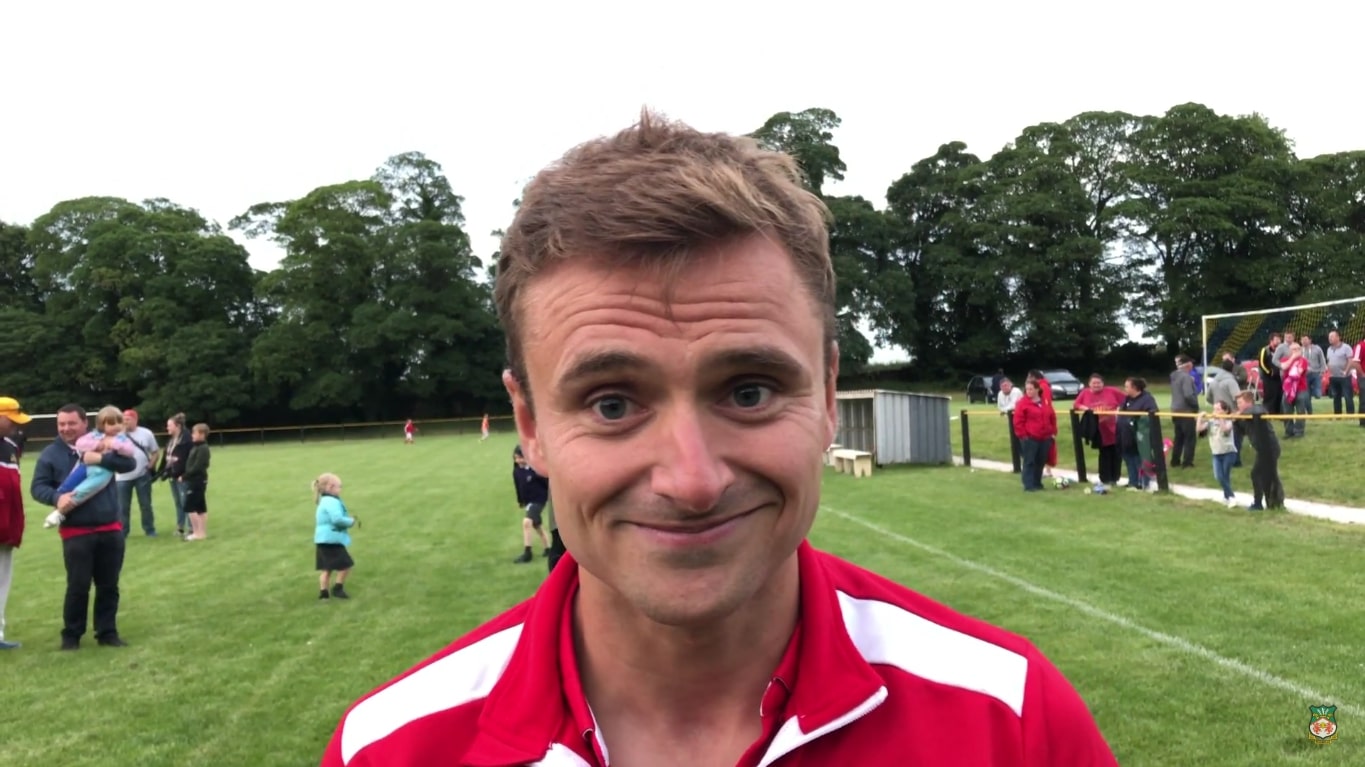 As a docu-series that follows Rob McElhenney and Ryan Reynolds as they attempt to take the third oldest professional football club to the next level, ‘Welcome to Wrexham’ is unlike any other. That’s because this FX original gives us an inside look into every aspect of their Wrexham AFC purchase, whether it be their motives, the changes they make, or their newfound passion for the sport. However, if we’re being honest, one of the most intriguing individuals to feature here was none other than athlete Paul Rutherford — so now let’s find out a little bit more about him, shall we?

Who is Paul Rutherford?

Born on July 10, 1987, in a small town on the north coast of the Wirral Peninsula known as Moreton in Merseyside, Paul Rutherford was a young little kid when he fell in love with football (soccer). He was just five when he genuinely started playing, only to have his skills be sharpened while attending the Liverpool Academy before deciding to turn professional by joining an association team. He actually signed a contract with Chester City FC in 2005 and made a promising debut the same year, yet it took him some time to get his real groove as his first league goal only came in 2008.

Since then, though, Paul has accomplished a lot, including winning the renowned Football Association (FA) Trophy in the 2009–2010 Season with the then-Conference National’s Barrow AFC. He even played for the Southport FC for roughly three years before signing with Wrexham AFC in May 2016, where he proudly remained for a total of 5 years, that is, until just around the takeover. The midfielder was released after the club failed to qualify for the playoffs in the 2020-2021 season, with the worst part being he’d received a red card following a late challenge in the last match.

“When I signed for Wrexham, I never for one second thought the club would be taken over by the [famous] individuals that it has,” Paul said at one point early on in the FX production. “But I think it’s certainly something that will really kick us on and take us to the next level. And I really want to be a part of it. But going forward, you know, you have to be realistic about [these] things. I’m an elder statesman in the group.” We should mention the precise reason Paul’s contract wasn’t renewed has never been publicly stated, there are only implications, yet everything did work out for him.

Where is Paul Rutherford Now?

Paul actually managed to sign with the Cymru Premier, Welsh semi-professional team Bala Town as a forward on June 25, 2021, a mere 23 days after his departure from Wrexham came to light. He even welcomed his third child (third son) with his wife Gemma (married May 27, 2018) around this period, and so he has since seemingly been balancing all experiences to the best of his abilities. From what we can tell, the Rutherfords continue to reside in Moreton, where Paul is proud to be a family man, a role model for his two elder ones (Riley as well as Ronan), and a football player.

“I took it quite badly,” Paul once admitted while opening up regarding his dismissal from Wrexham. “It really upset me and I was gutted; it felt like I had let the manager down, let the lads down and let the fans down. Since then, I have put a little bit of context on it and realized that it wasn’t just down to me that we failed to make the playoffs… You just have to move on; there is no point dwelling on the moment. I have got another 190-odd games people can reference, and I would like to think people will see the quality I brought at times, and the endeavor, commitment, and desire.”

Paul, who has 590 appearances as well as 35 goals under his belt as of writing, then added, “When I look back on my time with Wrexham, I would like to think the fans and people at the club who have worked alongside me know that I put everything into the club. I put my heart and soul into it; I worked tirelessly every day and every time I got my opportunity on the pitch because it was a privilege and an honor to represent the club.”