Where Is The Celebrity Dating Game Filmed? 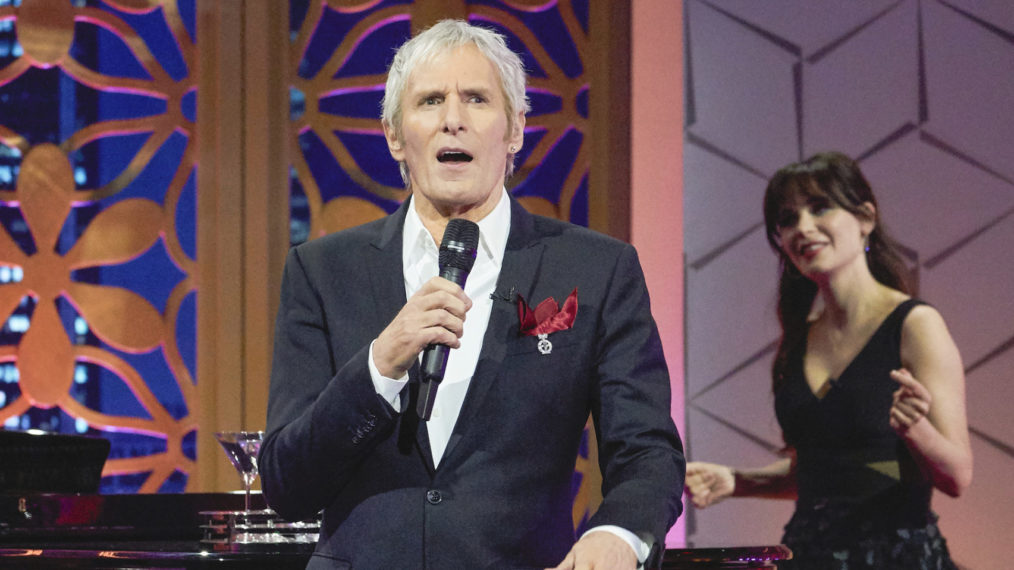 ‘The Celebrity Dating Game’ is a reality television series that airs on ABC and is a reboot/ revival of the popular series ‘The Dating Game’ from which the new iteration borrows its format with some twists. It is hosted by actress Zooey Deschanel (‘New Girl‘) and singer Michael Bolton. Each episode focuses on two single celebrity guests whose identities are hidden from three potential suitors. Then, the celebrities try to pick one suitor to date based on their answers to three questions.

If you are wondering where the funky, glamourous, and nostalgia-filled sets of the show are located, the filming details should provide you with answers. Here’s everything you need to know about the filming location of ‘The Celebrity Dating Game.’

Principal photography on the 8 episode first season of ‘The Celebrity Dating Game’ likely began in February 2021. Like most other reality series, the show is filmed on elaborate sets specially built for the filming of the series located at a studio complex in Los Angeles, California.

Los Angeles is the primary filming location of the series. The city is the focal point of the Hollywood film and television industry. Apart from being a major entertainment hub Los Angeles is also known for its arts, culture, diversity, and street food.

A post shared by M E G A N (@meganryann)

The series is filmed on sets which are most likely located at The Prospect Studios (also known as ABC Television Center), a film and television production facility located at 4151 Prospect Avenue in Los Feliz, part of Los Angeles. The original show ‘The Dating Game’ (from 1965-1973) was also filmed at The Prospect Studios as well as a number of ABC’s reality shows such as ‘Family Feud’ and ‘Trivia Trap.’

The property offers seven soundstages, one insert stage, and a rehearsal hall, along with a variety of other exterior filming locations. The studio complex also offers various production facilities, including props storage, production offices, set design, and construction.

A post shared by The Celebrity Dating Game (@datinggameabc)

Los Angeles offers not only state-of-the-art production facilities but also skilled labor adept in film and television production. The city also offers up to 25% tax credit on expenses incurred during the production of films and television shows in the city, making it an even more favorable filming location. Aside from its appeal as a filming location, Los Angeles is a major tourist destination. Local attractions include Griffith Observatory, City Hall, Venice Beach, Vincent Thomas Bridge, and the Hollywood Sign.