Where Is The Shell House In The Bombardment? Did It Exist In Real? 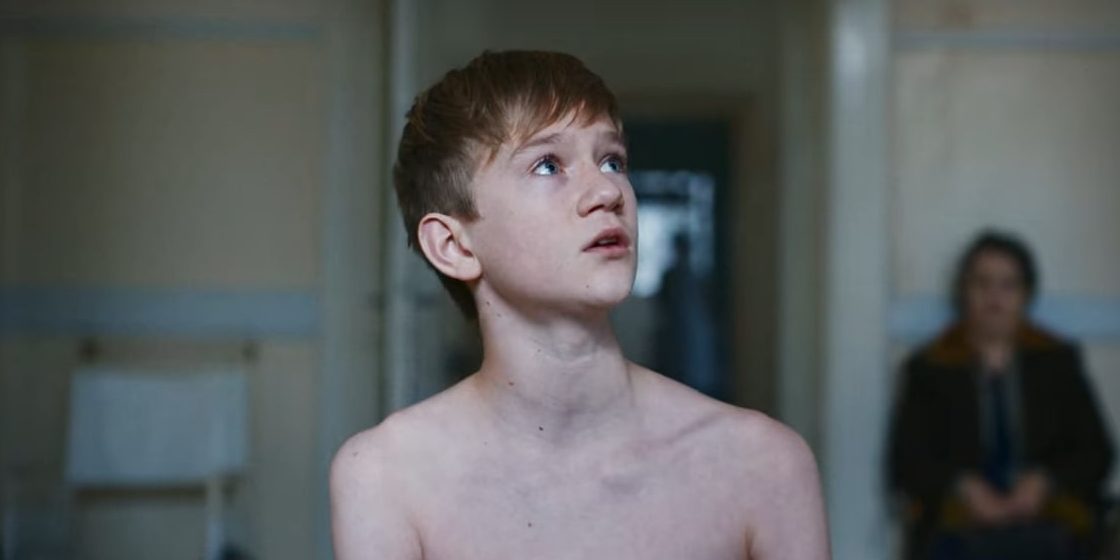 With Danish director Ole Bornedal in the director’s seat, the Danish original war movie ‘The Bombardment’ unveils the grim reality of the Nazi occupation of Denmark, intensifying the message with child subjects. After perceiving an attack on a local vehicle, shell-shocked Henry forgets to speak. On the other hand, a nun whose faith in God is dwindling attempts to cure the heart of a betraying Dane.

The movie unveils almost in real-time, while the meditative camerawork dilutes some plights. Life still thrives in the ruinous city, until earth-bound bombs claim it. Most of the story centers around the raid on the Shell House, and if you seek to know whether the Shell House existed in history, let us accompany you on the journey.

Where Is The Shell House? Did It Exist In Real?

Shell House is the center of commotion in ‘The Bombardment.’ Colloquially known as Shellhus, the construct houses the Gestapo headquarters in the Nazi-occupied city center of Copenhagen. From the very beginning moments, we hear the mention of the Shell House when Svend comes to the house of Frederik asking for a place to stay. His previous location has been compromised to the enemy, but Frederik, a Danish foot soldier of the Gestapo, cannot let Svend stay at his house. He instead asks to meet Svend at the Shell House. 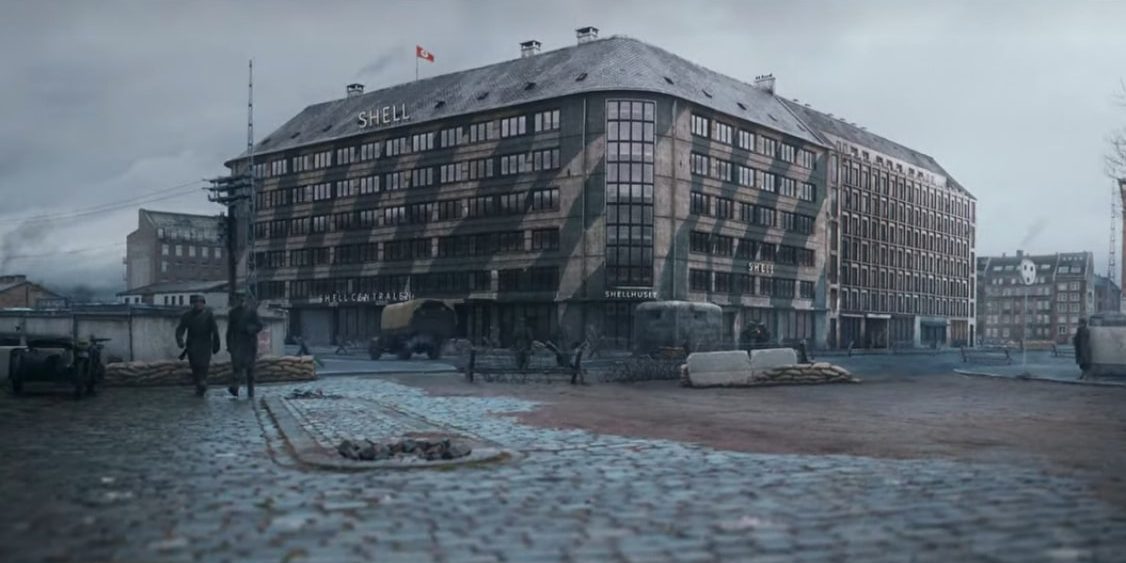 If you wonder whether the Shell House existed in Nazi-occupied Denmark, the answer is yes. Germany occupied Jutland, the mainland of Denmark, in the early days of World War II. On April 9, 1940, Germany attacked Denmark with all its might. The Danish Resistance clashed with the German army, and sporadic battles erupted throughout the country. However, the Danish government deemed the strength of the German fleet to be too strong for the Resistance to stand a chance.

Moreover, the Germans bought a massive amount of explosives, and the local authorities feared the loss of civilian lives. Therefore, only a few hours following the German offensive, Denmark surrendered. Initially, the Danish authority sought to follow a cooperation policy with the Nazi occupiers. The cooperation resulted in the smooth day-to-day business for the Danes, while the Danish wing of the Nazi Party sprouted up overnight. The National Socialist Workers’ Party of Denmark established headquarters around the region. The city center of Copenhagen housed Nazi offices and Shellhus, the headquarter of the Gestapo.

However, gradually, a Danish resistance grew popular, as they vehemently opposed the collaborative strategy of the Danish authority. The Resistance ran an illegal press and carried out occasional acts of destruction — of railways, German buildings, and companies that actively supported the Nazis. By the Summer of 1943, the mood began to shift in favor of the Resistance. There was news about the defeat of the German military elsewhere, which encouraged the Danes to organize large-scale strikes in cities like Odense and Esbjerg.

Fearing the escalation of the situation, the German occupiers declared an emergency on August 29, 1943, and the Danish government ceased to function. By September 19, 1944, the Germans dissolved the Danish police force for the fear that it would posit a threat to the German sovereignty. The crackdown came with renewed strength, and most of the leaders of the Danish Resistance found themselves imprisoned under the roof of the Shell House. There were acute food shortages by the beginning of 1945, the prices were going through the ceiling, and unrest characterized the city streets. In short, it was a trying time for the Danish Resistance in Jutland, and this is the time the movie chronicles. However, the war was nearing its end.

The Resistance contacted the British Royal Air Force, which sent three waves of de Havilland Mosquitoes to take down the Shell House of Copenhagen. On March 21, 1945, the British military attempted a precision raid named Operation Carthage, which ended in the disaster that the movie chronicles. While they took down the Shell House, several bomber planes mistakenly targeted the Jeanne d’Arc School. Civilian lives were lost, including children, but on May 4, 1945, the German troops in Holland, northwest Germany, and Denmark surrendered. Shortly after the destruction of the Shell House, Denmark became free, but it seemingly had to pay a high cost.

Read More: Who Is A HIPO-pig In The Bombardment?