Who Is A HIPO-pig In The Bombardment?

Written and directed by Dane Ole Bornedal, the Danish-original war movie ‘The Bombardment’ unveils a bleak vision of war. Using the perspectives of three children, a nun, and military personnel working for the Danish wing of Gestapo, the story chronicles the final days of World War II and the Danish liberation that followed.

At the center of the story lies the tragic destruction of the Jeanne d’Arc School, which brings the precise tale to a heartbreaking close. The symbolic camerawork and the brilliance of the cast ensemble infuse a hard-hitting ambiance in the film. The word “HIPO-pig” arises on numerous occasions. However, if you wonder what a HIPO-pig is, let us delve further. SPOILERS AHEAD.

Previously in Bong Joon-ho‘s Hollywood foray ‘Okja,’ we have seen the adorable titular creature, a blend of hippopotamus and pig. However, the HIPO-pig of the movie has an association with neither of the animals, it seems, as the term primarily amounts to an insult. At the beginning of the film, Danish resistance worker Svend visits the house of Frederik, a Danish foot soldier receiving the paycheck of the German militia. Svend seeks shelter at Frederik’s place for fear of his life, but Frederik has changed sides. Therefore, he cannot let Svend stay at his house. Svend returns the ten kroner that he owed Frederik and retreats with a feeling of sadness. 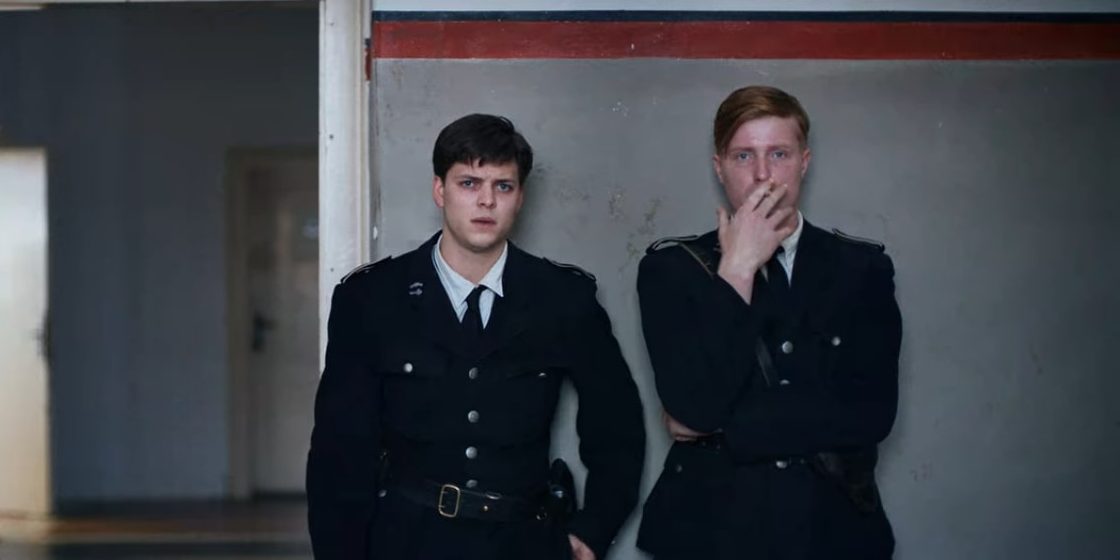 Frederik enters the house, and his family gathers at the dining table. While dining, Frederik’s father shows strong discontent about his son joining the enemy side and dismisses Frederik by calling him a HIPO-pig. Frederik gets up from the table and escapes to his room. In another scene, Svend ends up dead on the streets shortly after. You may wonder what a HIPO-pig is after the reaction of Frederik to the term. A HIPO-pig, we deduce, is an insult reserved for those Danes who changed sides, helping the German occupants gain a stronghold in Jutland.

After the German occupation of Denmark on April 9, 1940, the psychogeography of the territory went through an elaborate restructuring. Fearing widespread destruction, the Danish authority cooperated with the occupying forces. Gradually, the Nazi secret state militia (which was not that secretive) erected a headquarter in the city center of Copenhagen, named Shell House or Shellhus, from where they ruled the city and most of Jutland. Astonishingly enough, a Danish wing of the Nazi Party, the National Socialist Workers’ Party of Denmark, sprouted in Copenhagen, comprising only Danish nationals.

The Geheime Staatspolizei, or the secret police (commonly known as Gestapo), also employed Danish nationals. Like Frederik in the movie, around 550 uniformed Danes assisted the German militia in suppressing riots and coercing the masses into submission. However, by early 1945, when the story takes place, the populist resistance had massive backing. The Danish authority had ceased to function by August 1943, and the city of Copenhagen was in tatters.

With food shortages and increased prices, the Danish civilians had had enough. In this moment of an interval, the most apparent subjects of national populist hatred were the Danes who worked for the Germans. People shunned them by calling HIPO-pig, a name that may have been derived from a folk tale about a lost and needy boy who decided to eat from at a pig trough. After the liberation, most of these “traitors” stood trial.