Where Is Theresa Emmerich Kamper From Alone Now?

History Channel’s ‘Alone‘ has received a significantly large fan-following ever since its premiere in 2015. The show’s premise of dropping seasoned survivalists into the wilderness with just ten items of their choice is exciting in itself. Another aspect that adds to the thrill is how each survivalist strives to gather the basic necessities and fights against the wrath of treacherous nature to survive in the remote wilderness.

Theresa Emmerich Kamper was a contestant on season 8 of ‘Alone.’ Since she was the only contestant in the season who hails from outside the United States, fans got curious to know more about her life. With the eighth season now behind us, let’s find out where Theresa Kamper is at present, shall we?

Although Theresa Emmerich Kamper’s hometown is stated to be Exeter in the United Kindom, the expert survivalist and tanning specialist was born and brought up in Wyoming, in the Western United States. Her foray into bushcraft and tanning is the result of her parents’ fascination for the outdoors. As nature enthusiasts, Theresa’s family patiently taught her to live off the land and brain tan skins. 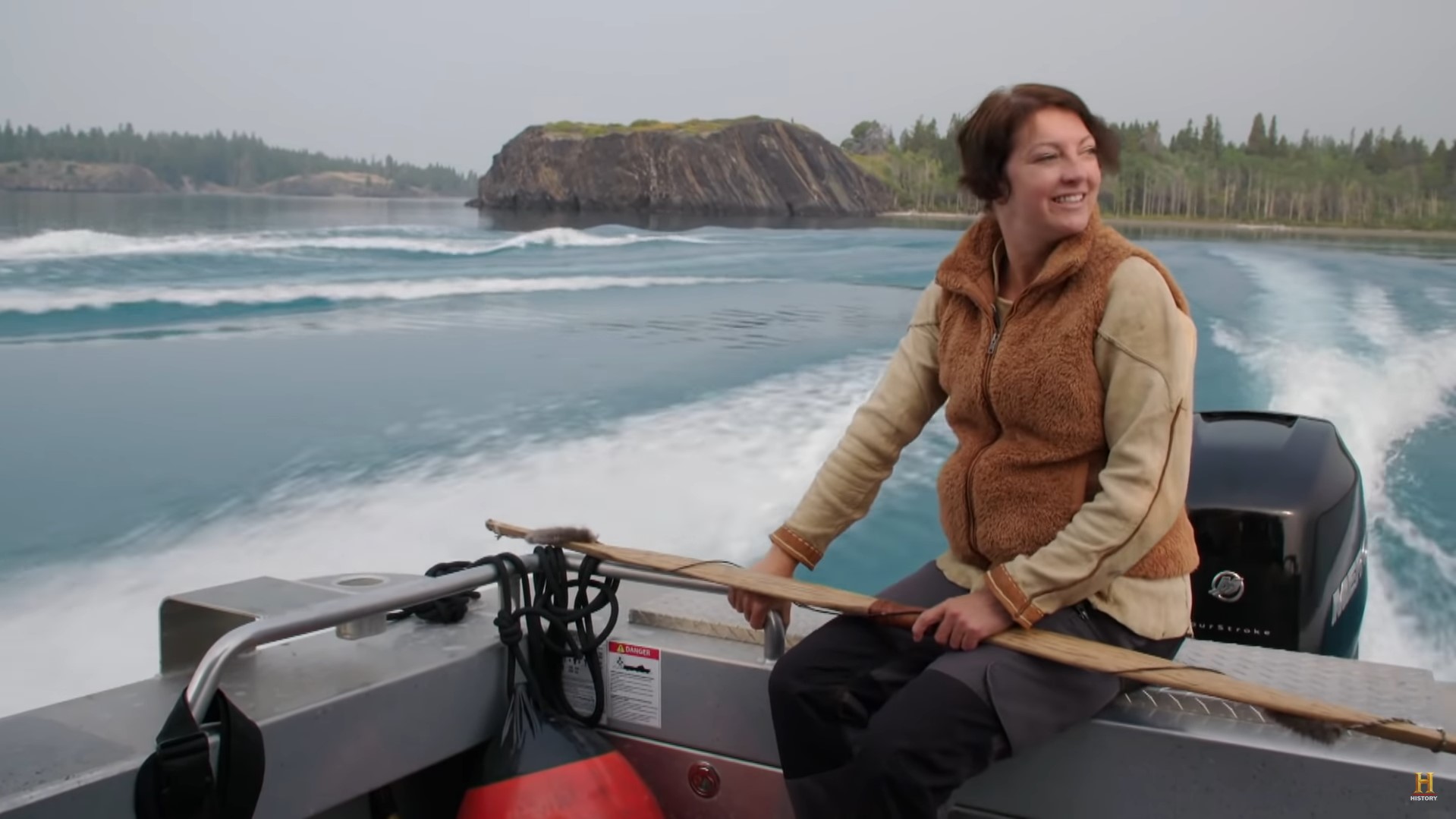 By the time she was 13, Theresa already knew how to tan skins properly, and her skills improved through practice and interacting with experienced people. What started as a passionate hobby soon engulfed Theresa’s whole life as she made it her career. In 2020, she wrote a book called ‘Determining Prehistoric Skin Processing Technologies’ and even imparted her knowledge about tanning types to university students before appearing on the eighth season of the show.

In ‘Alone,’ Theresa was quick to find shelter, food, and water for the initial days. She was determined in her will to survive, and her strategies seemed to work flawlessly against the unruly nature. Even as several contestants tapped out, Theresa went strong and soon passed the 60-day mark. However, things soon went awry in the wilderness, and Theresa found herself losing too much weight because of a frugal diet. Ultimately, she felt weak because of her low BMI and had to tap out on day 69. Theresa Emmerich Kamper was medically evacuated.

Where Is Theresa Emmerich Kamper Now?

Even before appearing on ‘Alone,’ Theresa had a highly successful career. She served as an Honorary Research Fellow in the Archeology Department of the University of Exeter from 2013-2020, and her published book made her reach new heights. Theresa’s expertise in tanning also earned her a place in numerous documentaries and TV shows where she shared her passion and knowledge with a broad audience.

Her appearance on ‘Alone’ increased her fame and brought her into the limelight. Theresa found herself getting more opportunities to share her experiences on shows on publications. At present, she offers a limited number of classes while traveling around the world. Her classes, which get sold out pretty quickly, covers topics from survivalism and bushcraft to proper tanning methods. She even teaches the techniques of using hide to make valuable yet extraordinary items and clothing.

Interestingly, the tanning instructor made the gear that she was seen wearing on ‘Alone’ season 8. Additionally, Theresa makes herself available globally for private lessons, lectures, museum tours, and much more. Her passion and dedication to her work are marvelous, and we hope she finds happiness and success every step of the way.