Where is Uber’s Austin Geidt Now? 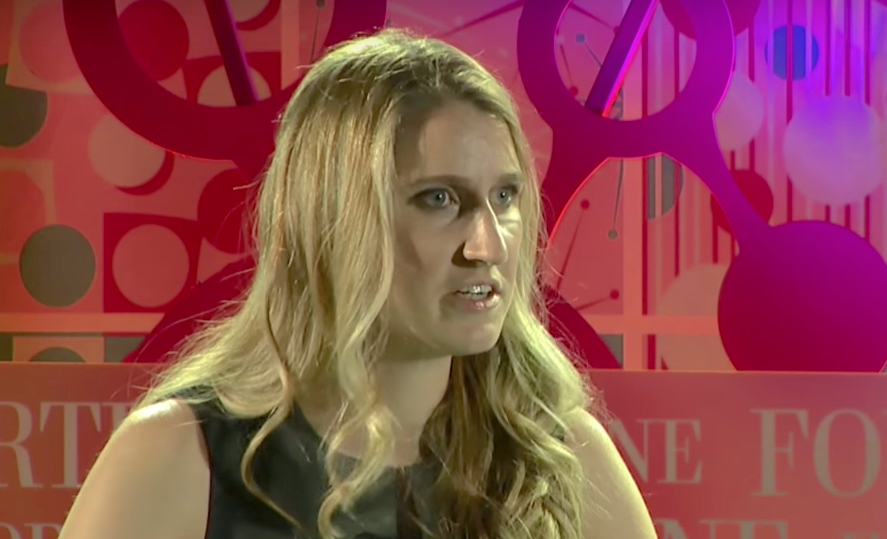 Showtime’s ‘Super Pumped‘ follows the remarkable journey of the ride-sharing company Uber and its dogged CEO Travis Kalanick, who seems ready to go to any lengths to take his company to the next level. The ambitious crew working at the young company during its turbulent early days make for some intriguing characters.

Apart from Kalanick and his trusty advisor Emil Michael, our attention is drawn to another driven employee, Austin Geidt (essayed by Kerry Bishé), who the CEO proudly describes as “our boots on the ground.” Considering the show depicts dramatized versions of many real-life individuals, we decided to take a closer look at the real Austin Geidt. Here’s what we found.

Who is Austin Geidt?

Austin Geidt joined Uber in 2010 and was the now-iconic company’s fourth employee! Having graduated from the University of California, Berkeley, she applied to Uber by cold-emailing its then CEO Ryan Graves, who apparently asked her to make a presentation. The process seemingly worked out well for Austin as she subsequently joined as a marketing intern (and also, incidentally, as the company’s first official intern).

Austin thrived in the lightning-speed work environment of the company and soon took on a variety of roles, including taking charge of driver operations and becoming the interim General Manager of New York during a time when the company was grappling with regulatory challenges. In fact, a good amount of Uber’s swift expansion happened with her involvement as she oversaw its entry into Paris, Seattle, Boston, Los Angeles, and Melbourne. Austin subsequently set up a “launch” team to scale the ride-sharing app’s expansion to over three hundred additional markets.

In an interview with Fortune, the dynamic Uber executive opened up about her struggles with drug addiction around the time she was in college. After spending time in rehab, she got sober around her twentieth birthday and went back to college, finally graduating from Berkely at the age of twenty-five. Soon after, Austin joined Uber, kicking off her meteoric rise.

By 2016, she was leading the company’s Advanced Technologies Group, which, among other things, worked on Uber’s exploration of self-driving cars. Another three years on, in 2019, Austin rang the opening bell of the New York Stock Exchange on the day Uber made its historic IPO while standing next to the company’s CEO. In all, Austin worked at the company under three CEOs — Ryan Graves, Travis Kalanick, and Dara Khosrowshahi.

Where is Austin Geidt Now?

In August 2020, Austin Geidt announced on social media that after ten years at Uber, she was finally bidding farewell to the company. Her post included fond mentions of her experiences at the company, which she saw grow from a start-up to one of the most valuable tech companies in the world.

It is not clear whether Austin is currently working at another company or not. However, it appears that she still resides in San Francisco and, being a self-described “active bookworm,” seems to enjoy spending her time reading. In 2021, she announced another landmark in her path to recovery from addiction, posting a picture of herself with a chip marking sixteen years of sobriety.

Read More: Who is the Narrator in Super Pumped?