Where Is Winnie Harlow From America’s Next Top Model Now?

Chantelle Whitney Brown-Young, who is professionally known as Winnie Harlow, rose to fame when she appeared on the 21st cycle of the TV show ‘America’s Next Top Model.’ The show propelled her to new heights and opened up a world of possibilities for the talented fashion model. Even before getting an opportunity to appear on ‘ANTM,’ Harlow was quite vocal about advocating for people living with Vitiligo, a long-term skin condition. With Harlow now quite popular in the modeling industry, fans are excited to know where she is at present. Well, we come bearing answers!

Winnie Harlow comes from Jamaican ancestry and was born in the Greater Toronto Area on July 27, 1994. As a child, living with Vitiligo was quite challenging for Harlow as she was constantly bullied and ridiculed by her peers. She was even harassed verbally, which led her to change numerous schools. However, it is harrowing for a young girl to face harassment on a daily level. Thus, Harlow was forced to drop out of high school. Unfortunately, the mental pressure got to her, and she even contemplated suicide to get rid of her hurt. 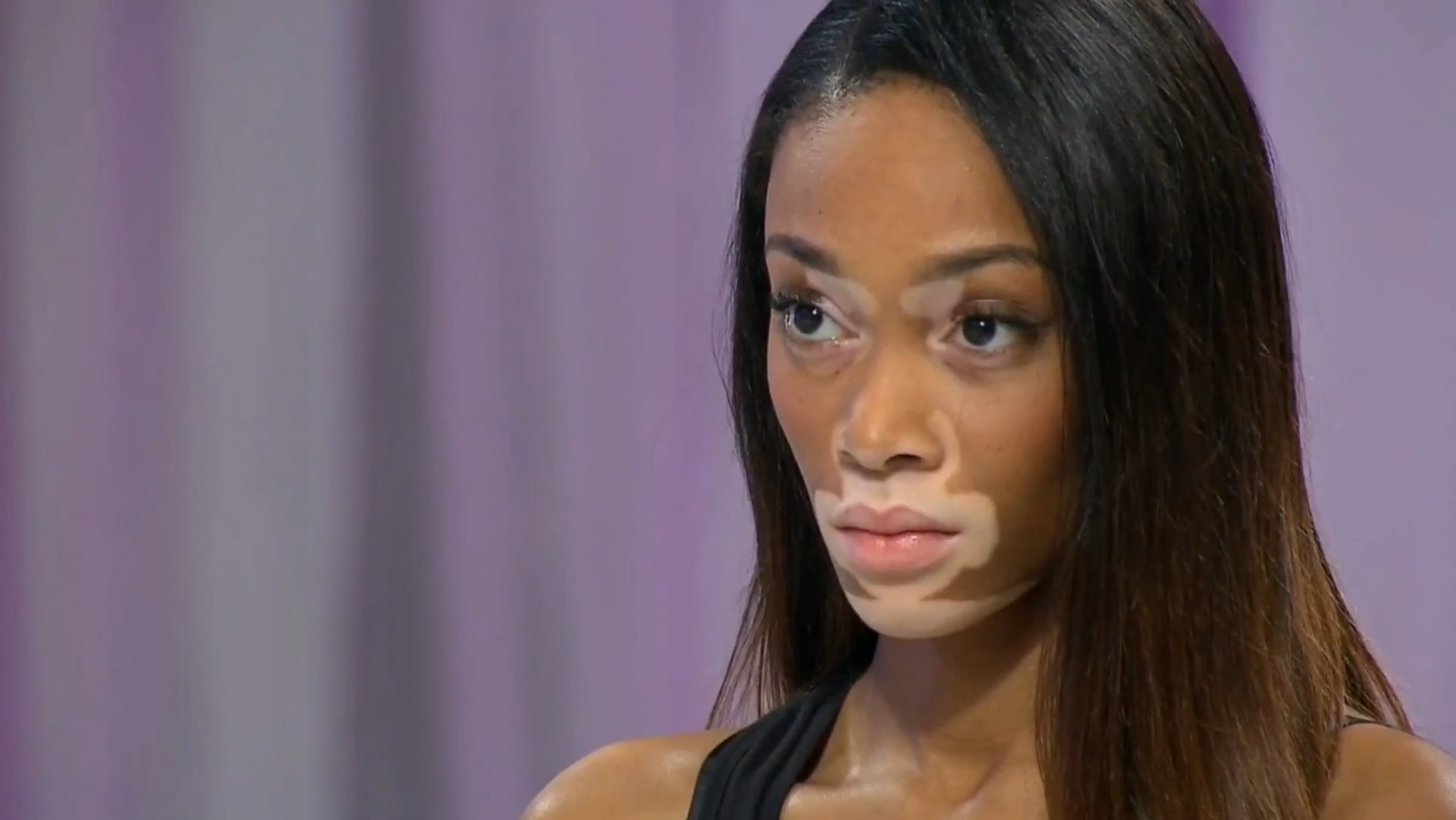 However, her refusal to admit defeat and never give up attitude helped her overcome her problems and look forward to a better future. Being a survivor of bullying herself, Harlow was determined not to let anyone else live through the same experience. Hence, she took to advocating for people living with Vitiligo and has always been ready to help them ease into life.

Surprisingly, ‘America’s Next Top Model’ host, Tyra Banks, found Harlow on Instagram and gave her the wonderful opportunity of appearing on the show. Harlow was quick to jump at the chance and became a part of the 21st cycle of ‘ANTM’ in 2014. Although she was ultimately eliminated and placed 6th, the show gave her a massive platform which boosted her popularity and skyrocketed her career.

Where Is Winnie Harlow Now?

Following her appearance on ‘ANTM,’ Harlow got the opportunity to model for several high-profile brands. She appeared in advertising campaigns for brands like Diesel, Swarovski, Steve Madden, and Victoria’s Secret and was featured on prestigious publications including Glamor, Cosmopolitan, and Complex Magazine. She even appeared on several music as well as YouTube videos and was also invited to wave the chequered flag at the 2018 Canadian Grand Prix.

Winnie Harlow is now a well-established fashion model who is respected in the community. Apart from ‘ANTM,’ Harlow has also appeared on shows like ‘The Tonight Show Starring Jimmy Fallon,’ ‘The Ellen DeGeneres Show,’ ‘RuPaul’s Drag Race,’ and ‘Making the Cut.’ In 2020, Harlow started dating professional basketball player Kyle Kuzma. The two surprisingly met online and built up a deep and loving bond during the quarantine.

Unfortunately, after more than a year of dating, the pair reportedly broke up sometime in August 2021. According to sources, the two share an amicable relationship despite the split. Winnie Harlow’s struggle with bullying and subsequent rise to fame is quite inspiring, and we wish her the very best for the future.