Where To Stream ‘Die Hard’? 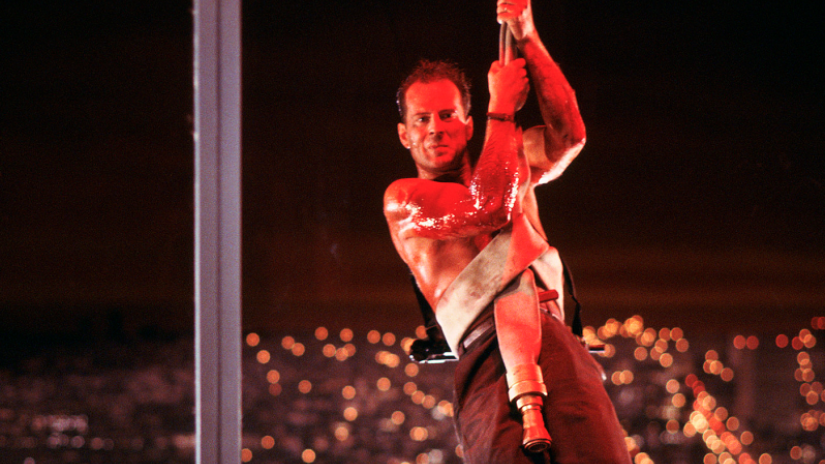 If you wish to watch a Christmas film with your family and friends but are not among those people who enjoy the typical Christmas romantic comedies, don’t worry because we have got your back. One film that will surely not disappoint you in this regard is the legendary action film ‘Die Hard‘. This is the movie which propelled Bruce Willis to superstardom and showed us that Christmas films do not always have to be a corny affair.

‘Die Hard’, directed by John McTiernan is based on a book called ‘Nothing Lasts Forever’ by Roderick Thrope. However, the film is quite different from how the story pans out in the novel. Alan Rickman, who became a worldwide sensation as Professor Snape in the ‘Harry Potter‘ film series, first came into the public eye in ‘Die Hard’. You must be eager to find out where you can stream ‘Die Hard’, and we are here to tell you just that. But before we do so, let us walk you through what the film is actually about:

What Is Die Hard About?

The story of ‘Die Hard’ centers around  Detective John McClane who works for the NYPD. On Christmas Eve, he flies into Los Angeles to see whether he can smoothen out his differences with his wife. A huge party is being held in John’s wife’s office when he arrives there. But before he can join in, the party gets disrupted when a German terrorist called Hans Gruber arrives and holds everyone inside the building as his hostages. However, the terrorists are not aware of John’s presence in the building. Now John has to use every skill he has ever learned in his career in order to kill these terrorists and make sure they do not cause harm to their hostages. The film is an intense watch full of brilliant action sequences, amazing dialog, and boasts of great performances by Willis and Rickman.

Is Die Hard on Netflix?

Netflix is the most popular streaming service in the world at the moment and has managed to get hold of an international subscriber-base mainly because of its variation in content and also the brilliant films and TV shows that the streaming platform produces regularly. While you will not be able to stream ‘Die Hard’ on Netflix at the moment, you can definitely check out similar films on the platform like ‘Bad Boys‘, ‘In Order Of Disappearance‘, and others.

Is Die Hard On Hulu?

Hulu has been able to maintain its stronghold in the online streaming market despite the competition getting tough with the introduction of Disney+ and Apple TV+. This has been possible because of Hulu’s highly curated collection of content sourced from around the world. Despite ‘Die Hard’ not being available on Hulu at the moment, you can definitely enjoy other action films on the platform like ‘Kill Bill‘, ‘Goldfinger‘, and ‘Total Recall‘.

Is Die Hard On Amazon Prime?

After Netflix, the second most popular streaming platform in the world is definitely Amazon Prime. Just like Netflix, Amazon too has ventured out into the world to come out with content in many different languages. Moreover, they have an enviable collection of films and TV shows that has something for everyone to enjoy. ‘Die Hard’ is not available on Amazon Prime at the moment, but you can definitely check out other films on the platform like ‘The Man From Nowhere‘, ‘Escape From Alcatraz‘, and others.

Is Die Hard On Disney+?

Disney’s new streaming platform Disney+ is already creating ripples in the market and can pose a threat to the dominance of Netflix and Amazon Prime. Disney+ hosts content from Disney, Marvel, and Pixar, and since ‘Die Hard’ does not belong to any of these production houses, it is not available on Disney+ at the moment.

Where Can I Stream Die Hard Online?

You can stream ‘Die Hard’ online if you have a subscription of either DIRECTV or FuboTV. Moreover, you can watch the film for free on Sony Crackle if you have no issue with advertisements interrupting your viewing. However, if you wish to rent the film, you can do so from Google Play, Amazon Video, iTunes, YouTube, and others. The rent for the same is around $2.99- $3.99. If owning the soft copy of the film is what you desire, you can also do so from these aforementioned sources.

Is Die Hard Out On DVD And BluRay?

Yes, ‘Die Hard’ is available for purchase in both DVD and BluRay. You can order them right away from Amazon.

Can I Stream Die Hard Online For Free?

Freeloaders have an occasion to rejoice because ‘Die Hard’ is indeed available for free streaming on Sony Crackle. If you can hold on to your patience while advertisements pop up in the middle of the film, you can check out ‘Die Hard’ online without spending anything.