Where Was ‘Die Hard’ Filmed? 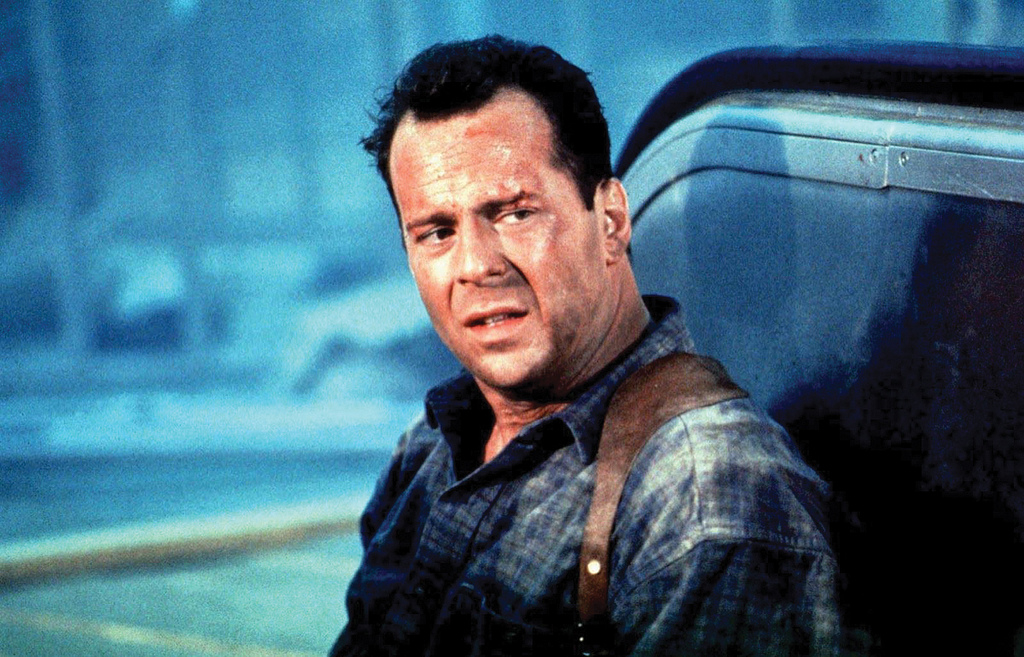 On November 2, 1987, Bruce Willis leaped faith as he entered the sets of ‘Die Hard,’ after wrapping up the shoot of the comedy-drama series ‘Moonlighting,’ one last time. Little did he know his life was going to change, big time.

‘Die Hard’ is one of the greatest Christmas films of all time. Okay, strike that before Bruce Willis stands up and yells, “Die Hard is not a Christmas movie! It is a goddamn Bruce Willis movie!” Allow me to rephrase that!

‘Die Hard’ is one of the best action films of all time. It stars Bruce Willis as John McClane and Bonnie Bedelia as Bruce’s wife, Holly. Alan Rickman plays the antagonist as Hans Gruber, the OG of all bad guys. Reginald Vel Johnson as Sgt. Al Powell, and William Atherton, as Richard Thornburg, play pivotal roles. American filmmaker John McTiernan, best known for his action films ‘Predator’ and ‘The Hunt for Red October,’ is the director of the film. Screenwriters Steven E. de Souza and Jeb Stuart have adapted the film from Roderick Thorp’s novel titled ‘Nothing Lasts Forever.’

A New York cop John McClane is in LA to reconcile with his estranged wife and children during Christmas. While meeting with his wife at a Christmas party in the Nakatomi Corporation, German terrorists led by Hans Gruber seize the building and cut off all communication to the outside world. McClane spends the rest of the film taking down the terrorists one by one.

‘Die Hard’ is basically what you get when you blend all the ‘Home Alone’ films along with a tablespoon of Schwarzenegger-esque violence and a dash of witty one-liners. Who can forget the scene wherein McClane pulls a glass shards out of his naked feet while grunting one-liners to Vel Johnson.

Enough about the cast and plot, let’s go through the ‘Die Hard’ filming locations! 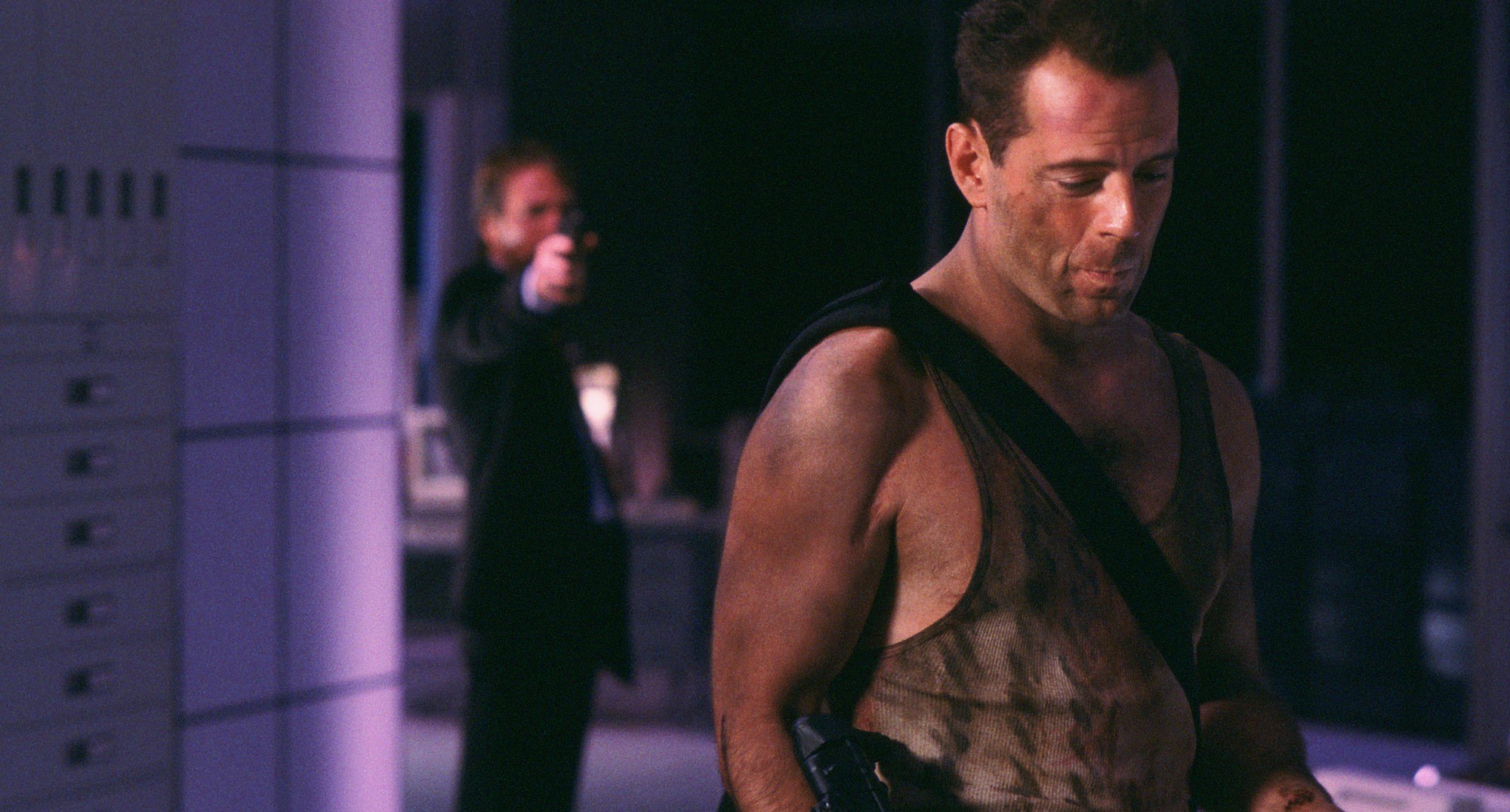 The production unit didn’t have to scout much for finding suitable shooting locations for ‘Die Hard.’ It has been extensively shot in and around Fox Plaza in Century City. The 34-story structure is still referred to as the Nakatomi Plaza (its fictional name), 30 years after the release of ‘Die Hard.’ Apart from this, a few scenes of the film were shot in Tom Bradley International Terminal, Olympic Boulevard & Balsam Avenue and Santa Monica Boulevard.

Of all the filming sites in Los Angeles, Fox Plaza stands the tallest. And not much has changed in 30 years. It has been reported that the lobby and elevators of the structure have remained undisturbed since 1988, with just few additions to the exterior, both sides of the tower.

The scene where McClane climbs up the roof was actually shot in the basement. Fans of the movie, who have had the golden opportunity to be in the building, have stated that you can feel the scene playing in front of your eyes, anytime someone runs down a hallway or uses the stairs, the elevator, or walk by the industrial pipes.

The iconic scene, showcasing McClane and Hans Gruber’s first meet, where Gruber fakes being an American citizen, was filmed on the roof of the famous building. To add to the dramatizing factor of the scene, the unit placed a few hinderances on the roof.

Because 20th Century Fox possesses a share in the unfinished tower, the directors used an actual construction site, to film the scene where McClane hits up Gruber’s gang.

The structure had some construction going on during the filming of the film. Therefore, the scene that demonstrates McClane exploring an unfinished floor with construction equipment scattered around is authentic. Once the room got done, it became home to an office of former President Ronald Reagan. The makers recreated the 30th floor, where the hostages are held in the film, based on Frank Lloyd Wright-designed house Fallingwater.

McTiernan felt that the building’s logo resembled a swastika, so he ordered for a Samurai warrior’s helmet for the film. There is a scene in the film, where a SWAT Greyhound vehicle breaks a railing while going up the stairway, it has never been replaced. Therefore, the building only has four railings to this day. The makers had to put in a lot of effort to convince Fox for its approval.

The helicopter scene towards the end took over six months of processing, and the production had only two hours to shoot it. It has been reported that the scene took three attempts, with nine camera units. There were also reports that no one other than the crew members can get in within 500 feet of the line of flight.

Fox Plaza currently serves as a commercial center, preventing it from offering tours. But if you’re lucky enough to check the ‘Die Hard’ filming locations, you might get to relive the film again and also be in awe of how well-maintained Nakatomi Plaza, still is.

Read More: Where Was Tenet Filmed?