Where to Stream Die in a Gunfight? 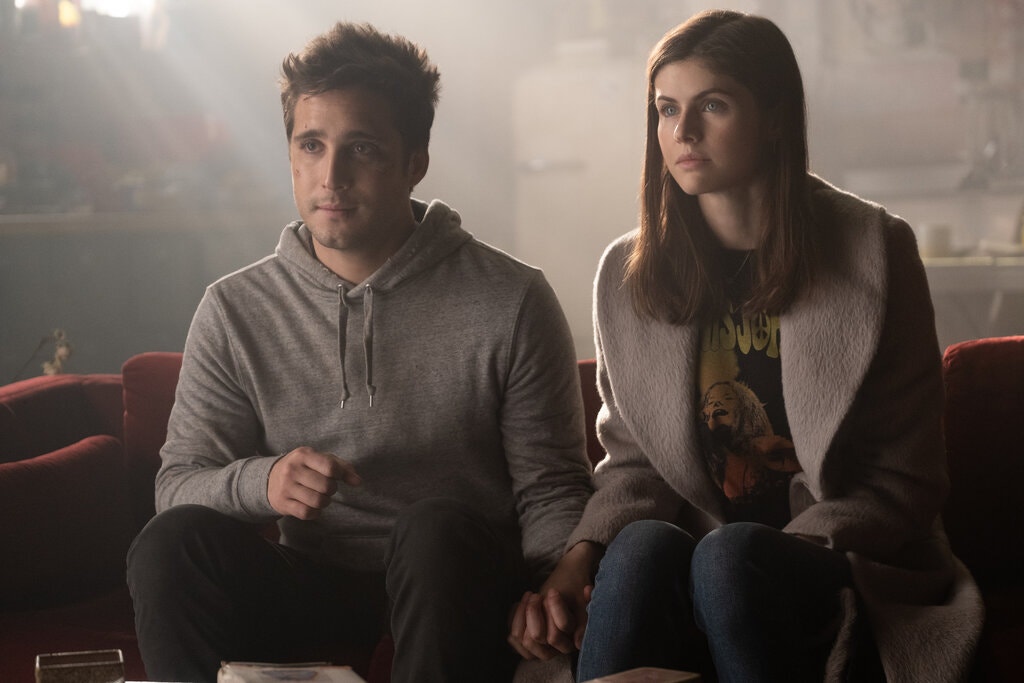 Featuring stand-out performances by Alexandra Daddario, Diego Boneta, Justin Chatwin, and Travis Fimmel, ‘Die in a Gunfight’ is a romantic crime movie that follows two lovers named Ben and Mary, whose families unluckily have a long-standing feud and will stop at nothing from keeping the lover apart from one another. Curious to learn more about the premise of Collin Schiffli’s directorial or where it can be streamed? You have come to the right place. Here’s everything you need to know.

What is Die in a Gunfight About?

Ben Gibbon is a rebellious young man who comes from a prestigious and influential family that has many enemies waiting for the right opportunity to take them down. However, despite all the comforts that his family can offer him, Ben remains uninterested and rather prefers to engage in street fights or to crash parties. However, his eccentric behavior does not truly define him as it is merely an expression of his broken heart and the grief that comes with it. Ben loves Mary Rathcart, but unfortunately, their families have been rivals for decades, and there seems no scope of reconciliation between the two.

The Rathcarts are a dangerous crime family based in New York who will stop at nothing to achieve what they set out to do. So, when Ben luckily reunites with Mary and runoff with her, they pull their families into an ugly war that threatens to put the lives of innocent people at risk along with them. As Gibbons and Rathcarts go against one another, will Mary and Ben find a way to hold on to one another? In order to find out, you have to watch ‘Die in a Gunfight’ and here’s how you can do that.

Is Die in a Gunfight on Netflix?

Netflix has a massive catalog of movies and television shows, but ‘Die in a Gunfight’ is currently not part of its catalog. If you have a subscription, then you can alternatively stream ‘All the Bright Places‘ or ‘The Lost Husband.’

Is Die in a Gunfight on Hulu?

Hulu subscribers will have to check other platforms since the romantic crime drama movie is currently not accessible on the platform. We recommend our readers watch ‘Infamous.’

Is Die in a Gunfight on Amazon Prime?

‘Die in a Gunfight’ is expected to arrive on Amazon Prime as video-on-demand shortly. In the meantime, Prime subscribers can alternatively stream other romantic movies like ‘The Answer Man‘ or ‘Getting to Know You.’

Where to Watch Die in a Gunfight Online?

People who love to watch movies in theaters are in luck, ‘Die in a Gunfight’ is releasing in different regions in the United States. If you wish to watch the film, then you can head here to book your tickets. The movie is also expected to arrive on VOD platforms such as Redbox, FandangoNow, Google Play, Microsoft Store, and iTunes.

How to Stream Die in a Gunfight for Free?

Since the movie is only releasing in theaters and on video-on-demand platforms, it is currently not possible to stream ‘Die in a Gunfight’ free of cost, and cord-cutters will have to wait for its release on platforms that offer a free trial. However, we encourage our readers not to seek unfair means to stream content online and always pay for everything they consume.