Where To Stream Free Guy? 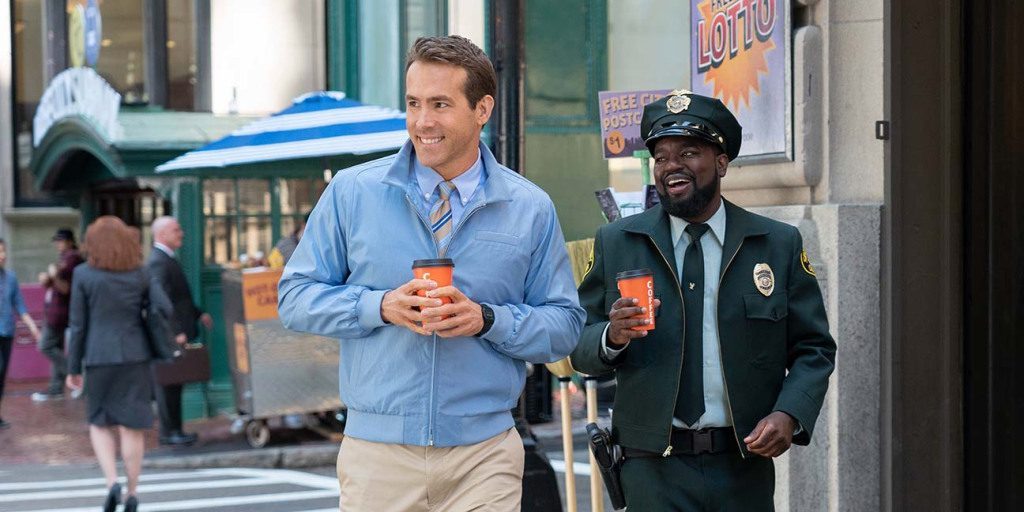 ‘Free Guy‘ is an action-adventure film about Guy, a bank teller by profession who is actually a non-playable character in an open world video game. Guy becomes self-aware and tries to forge his own destiny. The film is directed by Shawn Levy and stars Ryan Reynolds in the lead role. If you are a fan of stylized action films with humor and heart, you will find ‘Free Guy’ extremely entertaining, and here’s where you can watch it online.

What is Free Guy About?

In ‘Free Guy,’ Free City is an open world video game wherein players do various missions involving robbery, gunfights, car chase, etc. In this world full of violence lives Guy, a bank teller who goes through the same routine every day. The developers of the game announce that it will be shut down soon. A code inserted by two programmers leads to Guy becoming self-aware about his existence as a non-playable character inside the video game. Guy decides to take control of his own life and goes on a journey to become the game’s hero before it is shut down forever.

Is Free Guy on Netflix?

Netflix has an exciting collection of entertainment titles. However, ‘Free Guy’ isn’t a part of Netflix’s collection. Fans of the action-comedy genre can stream ‘6 Underground,’ a similar crazy and over-the-top action film featuring Ryan Reynolds as a wise-cracking tech billionaire who leads a team of skilled individuals on a mission to defeat a ruthless dictator.

Is Free Guy on Amazon Prime?

‘Free Guy’ is not a part of the titles included in your Amazon Prime subscription, nor is it available on-demand at the moment. The movie will likely soon become available on-demand. In the meantime, you can check out ‘Gringo,’ about a businessman who has to fight for his survival after he becomes a wanted criminal.

‘Free Guy’ isn’t a part of Hulu’s impressive entertainment catalog. If you wish to watch something similar, we recommend ‘Boss Level,’ a time travel movie that closely follows the storytelling style of video games.

Is Free Guy on HBO Max?

‘Free Guy’ isn’t streaming on HBO Max just yet. As an alternative, you can check out ‘Ready Player One‘ about a group of gamers who compete to win a challenge created by the developer of the world’s most popular virtual reality video game.

Where to Watch Free Guy Online?

At present, ‘Free Guy’ is only playing in theaters. To check show timings and book tickets, head here. The movie is likely to become available on VOD and streaming services sometime after its 45-days exclusive theatrical run. We’ll update you regarding the same once the information is available.

How to Stream Free Guy For Free?

As previously mentioned, ‘Free Guy’ can only be watched at a theatre near you. Therefore, there is no way to watch the movie for free as of now. We do not encourage the use of illegal methods and advise our readers to consume all entertainment content legally and by paying for it.