Where To Stream Girls5eva? 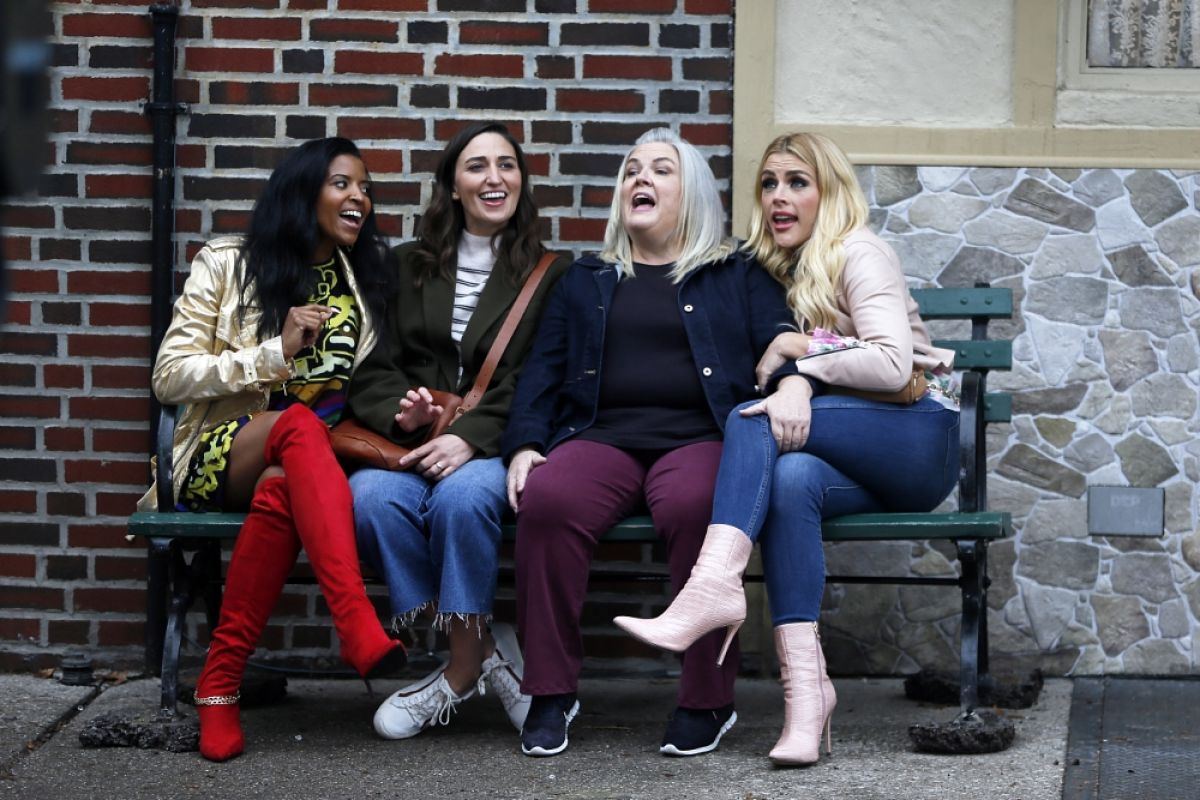 ‘Girls5eva’ is a comedy series created by Meredith Scardino that revolves around four middle-aged women who were part of a one-hit-wonder music band in the 90s. After living vastly different personal lives for years, the group reunites in a bid to achieve their long-lost dream of becoming a pop sensation. It stars Sara Bareilles, Renée Elise Goldsberry, Paula Pell, and Busy Philipps in the lead roles, and Tina Fey serves as an executive producer on the series. If you enjoy light-hearted and emotionally resonant stories with a touch of glamour, then ‘Girls5eva’ should entertain you, and here’s where you can stream the series.

What is Girls5eva About?

Girls5eva’ follows the lives of Dawn, Wickie, Gloria, and Summer, the members of the eponymous band. After getting a taste of success with a chartbuster song in the 90s, the group has since separated and lives mostly disconnected from each other. After a chain of events puts the group back in the spotlight, they plan to make a comeback into the pop music scene. However, they quickly realize that the music industry has drastically changed in the years after they left the business.

The women must juggle their finances, jobs, self-identity, family responsibility, aging, societal pressure, and other problems faced by modern women to achieve their dreams. In the process, the four become a voice of women empowerment and spread positivity through their songs. The series is filled with 90s nostalgia and witty banter that will entertain you throughout the ups and downs of the group’s journey.

Is Girls5eva On Netflix?

Netflix has arguably the best collection of entertainment titles among the variety of streaming services out there. However, ‘Girls5eva’ isn’t included in this collection. If you wish to check out something similar on the service, we recommend ‘Unbreakable Kimmy Schmidt,’ another heartfelt female-centric series written by Meredith Scardino.

Is Girls5eva on Amazon Prime?

‘Girls5eva’ isn’t included in Amazon Prime’s subscription package, nor is it available for purchase on-demand. As an alternative, you can stream ‘The Marvelous Mrs. Maisel,’ a similar show about a middle-aged woman’s journey from being a regular housewife to becoming a famous stand-up comedian.

Is Girls5eva On Hulu?

‘Girls5eva’ isn’t a part of Hulu’s impressive entertainment catalog. Should you be interested in watching something similar, you can stream ‘Younger‘ about Liza, a forty-year-old woman who pretends to be 26 years of age to land a job that can open doors for her to fulfill her dreams.

Where to Watch Girls5eva Online?

‘Girls5eva’ is available to stream on Peacock TV. The series is a Peacock TV Original and therefore cannot be purchased on the usual VOD platforms.

How to Stream Girls5eva For Free?

Folks looking to watch the series completely free of cost should be delighted to learn that you can do so by signing up for a 7-day free trial of Peacock TV, which the service offers to new users.

Read More: Where is Girls5eva Filmed?