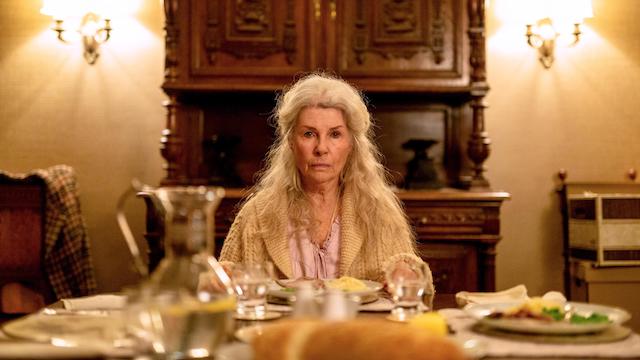 With movies like ‘Get Out,’ horror is increasingly becoming a genre to tell critically acclaimed tales with some deep themes which are not related to the supernatural. To be clearer, horror has become a notable vehicle to develop some strong human themes. ‘Relic’ is a 2020 movie that uses horror to develop an intriguing picture of three-generational family dynamics.

To be clearer, the movie revolves around three generations of women of a family. Edna disappears mysteriously, leading to her daughter, Kay, and granddaughter, Sam rushing to her house in the countryside. At her house, Sam and Kay find clues about Edna’s dementia. However, Edna soon returns on her own. Then, Edna starts to act extremely strangely and in a volatile fashion. Later, Sam and Kay find out about a supernatural presence in the house. Several viewers would have wondered where ‘Relic’ can be streamed.

Is Relic on Netflix?

Netflix hosts one of the most impressive libraries of audio-visual content among all streaming platforms. The company is known as the leader of streaming and for good reason. However, Netflix only hosts productions that can be watched with its subscription. That is the reason newer movies like ‘Relic,’ unless licensed by Netflix, cannot be streamed on the service. Instead, you can check out this list of best horror movies on Netflix.

Is Relic on Amazon Prime?

Amazon Prime is a streaming service that comes bundled with other offerings of the Amazon ecosystem. It hosts a large number of compelling originals as well as third-party productions. Unfortunately, ‘Relic’ cannot be watched for free with an Amazon Prime subscription. However, it can be rented separately for $5.99. Watch it here.

Is Relic on Hulu?

Hulu is yet another streaming service that has managed to do well for itself. The platform offers its subscribers with a constant stream of original productions as well as third-party ones. On top of that, a live TV service is also offered for an extra fee. Unfortunately, ‘Relic’ cannot be streamed on Hulu. Instead, you can check out this list of best horror movies on Hulu.

Where Else Can I Watch Relic?

Amazon is not the only place where ‘Relic’ can be rented. The movie is also available on iTunes for $6.99. Other places where the film can be rented are YouTube, Google Play Movies,  Vudu, Microsoft Store, Xfinity, Spectrum, and DirecTV.

Can I Stream Relic For Free?

We recommend our viewers to pay for the art that they consume. At the moment, ‘Relic’ is only available on video-on-demand services. Hence, there is no way that the film can be legally watched for free.