Where to Stream The Blacklist Season 8? 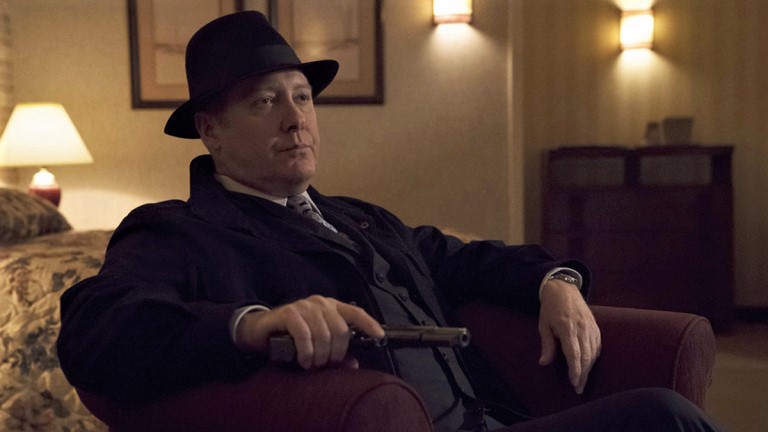 Starring James Spader, Megan Boone, and Diego Klattenhoff, ‘The Blacklist‘ is a crime–mystery drama series that centers upon a former U.S. Navy officer named Raymond “Red” Reddington, who offers to help the FBI in exchange for immunity from prosecution for the crimes he committed after leaving the organization. The captivating story of crime and deception has entertained viewers for a long time, and its eighth season is just as exciting as previous ones. In case you are curious to learn more about its premise or where it can be streamed, you have come to the right place. Here’s everything you need to know.

What is The Blacklist Season 8 About?

In the season 7 finale, we learn that Red has health issues that he has been hiding all this time, and it may probably mean that his end is near. However, it’s remarkable that his work has largely remained unaffected, and he has continued to act completely in accordance with his plans. Furthermore, the conflict between Red and Katarina has dragged on for a long time now, with no hopes of reconciliation. The rivalry only gets more intense as Liz takes the final call on her allegiance.

By choosing her mother over Red, Liz is probably getting herself in a world of trouble, but it seems that she has made up her mind, and nothing will stop her now from doing what she perceives as the right thing to do. In season 8 of the crime-mystery drama series, Katarina and Liz try and hatch plans of their own to take Red by surprise while they confront the threat he poses. Liz’s moral code and understanding are shaped to a dangerous degree by Red, which she uses to her advantage in the eighth season.

It is important to remember that Katarina is almost always motivated by her self-interests which may backfire for Liz, who may have chosen the wrong side. The ultimate showdown between the trio results in fatal consequences for one of them. In order to find out how the show unfolds from here, you must watch ‘The Blacklist’ season 8. Here’s how you can do that!

Is The Blacklist Season 8 on Netflix?

You can head here to stream the first seven seasons of ‘The Blacklist’ on Netflix, but season 8 is not yet available on the streaming giant. If we look at the Netflix release of the previous seasons, there is a clear pattern. The new seasons of ‘The Blacklist’ release on Netflix in September of each year, and there is no reason to believe that it will be any different for season 8. So, we can expect the eighth season of the crime-mystery drama series to land on the streaming giant sometime in September 2021.

Is The Blacklist Season 8 on Hulu?

Although Hulu has an impressive catalog of television shows and movies, ‘The Blacklist’ is not accessible with the basic subscription. However, subscribers can alternatively stream ‘Criminal Minds,’ ‘Mr Inbetween,’ and ‘Harrow.’ If you wish to live stream the crime-mystery drama series, you can head here to do so with a Hulu + Live TV subscription.

Is The Blacklist Season 8 on Amazon Prime?

Yes, ‘The Blacklist’ season 8 is available on Amazon Prime as video-on-demand. You can purchase an entire season or a specific episode here.

Where to Watch The Blacklist Season 8 Online?

You can stream ‘The Blacklist’ season 8 on NBC’s official website. The season can also be watched on popular VOD platforms such as FandangoNow, Vudu, iTunes, Microsoft Store, Google Play, and YouTube. The crime-mystery drama series is accessible on live TV streaming platforms such as SlingTV, FuboTV, YouTubeTV, Spectrum, DirecTV, Xfinity, and TVision. Season 8 of the show is also available on AppleTV and Peacock.

How to Stream The Blacklist Season 8 for Free?

Peacock, AppleTV, DirecTV, Hulu + Live TV, and FuboTV all offer a 7-day free trial, while YouTubeTV comes with a 14-day free trial. So, you can watch the series free of cost on these platforms if you have if you are first-time subscribers. However, we encourage our readers to watch their favorite shows and movies online only after paying for them.