Where Was 21 Bridges Filmed? 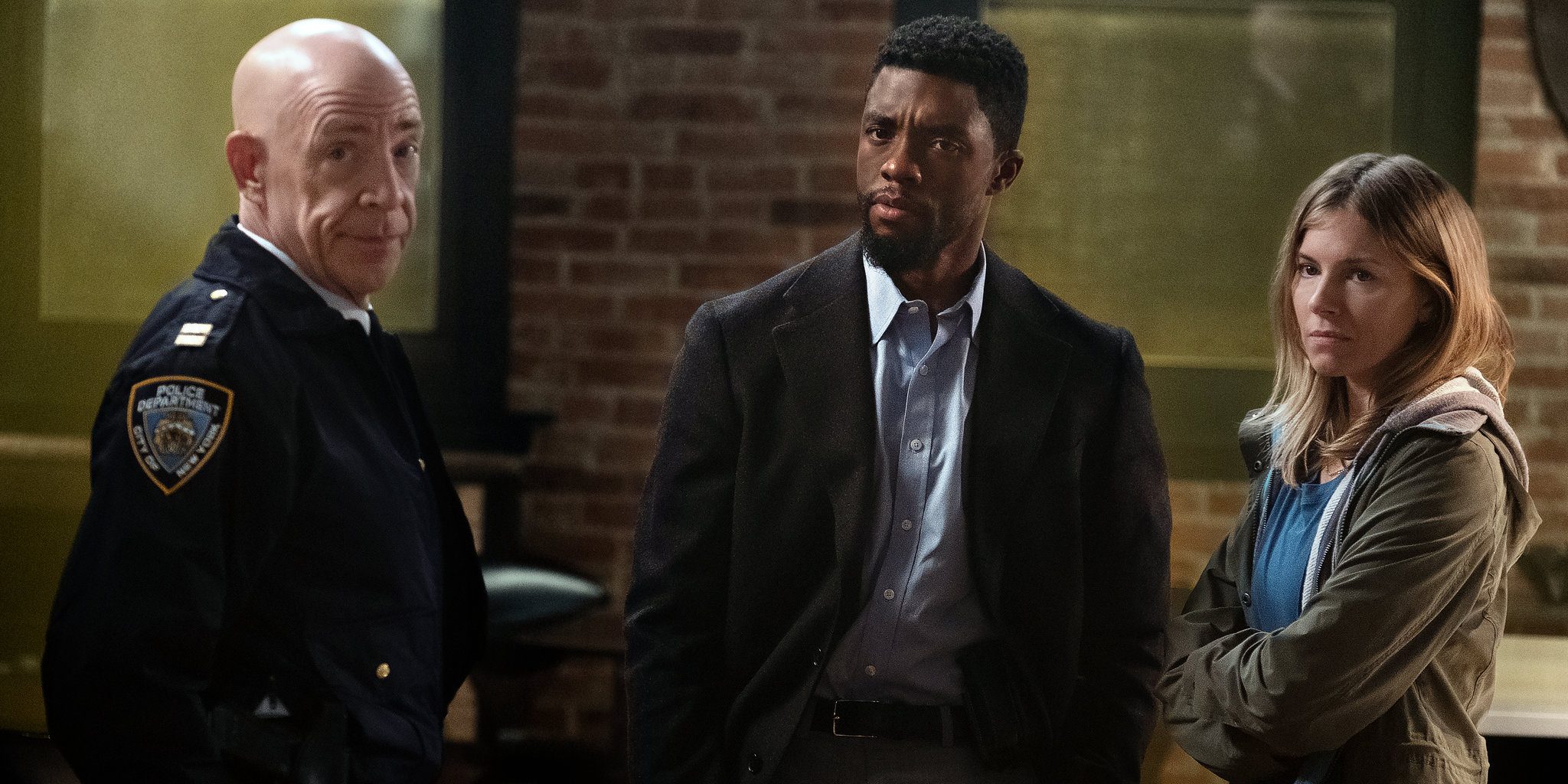 Based on a story by Adam Mervis, the Brian Kirk directorial ‘21 Bridges‘ is an action thriller movie that revolves around an NYPD detective named Andre David (Chadwick Boseman) in a citywide search for a couple of suspected cop killers. As he comes across a huge conspiracy in the process, he shuts down all 21 bridges and locks down all of Manhattan to halt all entries and exits to the island in an attempt to catch the suspects.

The action-packed sequences filled throughout the narrative combined with dramatically suitable backdrops, which make the scenes appear more realistic, provide an intense and gripping watch. If you wish to find out more about the locations used for the filming of ’21 Bridges’, we have come here with answers!

’21 Bridges’, originally titled ’17 Bridges,’ was filmed in several regions across Pennsylvania and New York. Over the decades, we have seen many New York-based movies use several states and cities other than New York for the production process, such as ‘Escape from New York’ and ‘American Psycho,’ and so is the case for this Chadwick Boseman-starrer as well.

The principal photography for the action thriller movie began on September 24, 2018, and concluded on November 24, 2018. In case you are curious about the specific locations used for the filming of this movie, we have covered all the information!

For the purpose of filming, the production team of ’21 Bridges’ were seen traveling to several different streets and regions of Philadelphia (or Philly), the largest and most populous city in the state of Pennsylvania. University City — home to several prestigious universities — located in Philadelphia County, doubled up as a significant filming site for this movie.

My girlfriend and I watched 21 Bridges last night because, even though it takes place in NYC, big chunks of it were filmed by her building in Center City Philly. Also, I’d forgotten I had this video on my phone from us sneaking down to record them filming some of the stunt work. pic.twitter.com/STFFpyuKjc

Moving east from there, the crew got in a few shots in a wine bar Tinto, situated at 114 South 20th Street of the city. The scene wherein Ray and Michael are confronted by Mosto’s manager Tom as they are looking to rob the place was shot in this wine bar. Going further east, Brasil’s Nightclub, which is situated at 112 Chestnut Street, also served as a backdrop for several scenes in the thriller film.

When Andre comes up with a brave plan of closing down all the bridges, tunnels, and any other way to leave Manhattan while in pursuit of the cop killers, the 20th Street in Philadelphia served as the backdrop. A hub of Chinese, Vietnamese, Korean, and Thai cultures and cuisines, Chinatown is a neighborhood located in Philadelphia that was used as a filming site for ’21 Bridges.’

Going to go see #21Bridges today they filmed it in Philly and I was in 1 Scene as a Reporter.. Hope I get to see myself and all my other Movie friends.. The photo is us filming it, Im in the middle in a light tan coat on. pic.twitter.com/XLVOzJFgYg

Situated at 140 Richmond Street in this city, Kissin Fresh Meats Inc was used by the production team to shoot a few more scenes. Chadwick Boseman, along with the rest of the cast and crew members, took a trip north and stopped by Fern Rock Transportation Center Station at 900 Nedro Avenue to film additional sequences for the film. The scene of the funeral of Andre’s father was filmed in St. Augustine’s Roman Catholic Church located at 243 North Lawrence Street in Philadelphia.

In addition to Philadelphia, the production team of ’21 Bridges’ was also spotted filming some pivotal scenes in Sun Center Studios, situated at 250 North Commerce Drive, Chester Township in Delaware County. Opened in 2011, the production facility is the first purpose-built studio of the state and has hosted the filming of ‘After Earth,’ ‘Creed,’ ‘Untouchable,’ ‘Paranoia,’ and ‘The Benefactor.’

It is only fair that the movie named ’21 Bridges’ uses one of the most magnificent and iconic bridges located in New York — the Brooklyn Bridge. The bridge connecting Manhattan to Brooklyn is used as a backdrop in several scenes when the crew was filming in Manhattan, the smallest of the five boroughs of New York City, as far as land area is concerned.

Several scenes including the scene wherein Andre asks Frankie for her phone to get a better understanding of the events that just occurred, were filmed at Grand Central Terminal. It is a commuter rail terminal station that sits at 89 East 42nd Street and Park Avenue in Midtown Manhattan. In addition to the scenes that were filmed inside, a few shots were filmed at the entrance of this terminal station as well, using the backdrop of 42nd Street and Vanderbilt Avenue. The scene when Andre is seen leaving the train station hurriedly to get to the bottom of the situation was filmed here.

Offering the stunning view of the Manhattan skyline, the borough of Brooklyn also served as a filming location for various important scenes. Specifically, Brooklyn Navy Yard, which is located at 63 Flushing Avenue in this borough, was used to shoot several scenes, including the scene wherein Andre reminisces about his childhood while gazing at the skyline of the city.

Moreover, the Ditmas Park district in the neighborhood of Flatbush also served as a critical destination for shooting some scenes. To be precise, a Brooklyn house, located at 277 Stratford Road and Slocum Place in this district, served as the home of Captain McKenna (J. K. Simmons) in the movie. For about eleven days, the team shot at the grand seven-bedroom Victorian, freestanding house. The Ditmas Park community has served as a filming location for quite a few movies, such as ‘Blood Ties’ and ‘Malcolm X.’

Read more: Is 21 Bridges Based on a True Story?