Where Was Hallmark’s A Bramble House Christmas Filmed? Who is in the Cast? 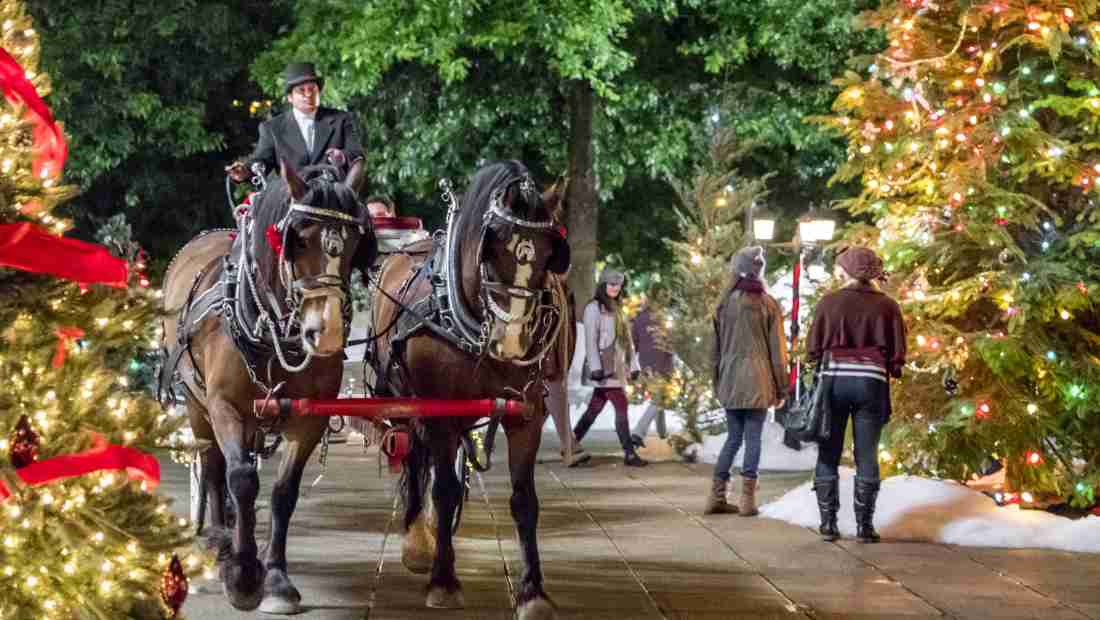 Directed by Steven R. Monroe, ‘A Bramble House Christmas’ revolves around the curious case of a terminally ill patient leaving $100,000 with his nurse Willa. The matter raises suspicion in his family, compelling his son Finn to travel all the way to Bramble, Oregon, to investigate the actual reason behind his father taking such a step. He proceeds to talk to Willa in the B&B, where she is spending Christmas with her son.

The movie is derived from the book of the same name by C.J. Carmichael. In case you’re intrigued by the breathtaking visuals and Christmas vibes and are looking for the places where the movie was shot, we have got your back. Here’s everything you need to know!

‘A Bramble House Christmas’ was shot over three weeks in July 2017. Although the film is set in the town of Bramble in Oregon, it was actually shot in Vancouver, British Columbia. Now, let’s dive into the specific filming details!

The movie was predominantly filmed in several locations in the Metro Vancouver Regional District. The spirit of Christmas actualizes within a Victorian-era Bramble House and around the fictional town of Bramble, Oregon. The beautiful scenes in the movie were shot in and around Vancouver over multiple localities. The private residences near Bonson Road and 117a Avenue in the city of Pitt Meadows also served as one of the filming sites. Interestingly, it is also said that the house used in Bonson Road in Pitt Meadows also features in Hallmark’s ‘All for Love.’

That's Autumn Reaser waiting to film. She stood next to me but I didn't want to bother her pic.twitter.com/7Xonv3memT

The production crew also shot a significant portion of the film in the city of Maple Ridge, nestled between the Fraser River and the Golden Ears in the northeastern section of Greater Vancouver. In Maple Ridge, Lougheed Highway, 105th Avenue, 223rd Street, Memorial Peace Park, 224th Street, Golden Ears Cheesecrafters on 128th Avenue, and a few other locations doubled up as shooting sites for the Hallmark film. A few scenes were also shot at a property located at 8419 224 Street in Langley City.

Talking about the filming process, Autumn Reeser (Willa) told Starry Mag, “We shot on this horse farm and it was really quaint. We had a lot of fake snow to make it look as Christmas as possible. I liked it because I didn’t have to be as cold as I usually am.” British Columbia is frequently used in Hallmark movies. The shooting usually takes place in summer, despite most of them being Christmas movies. The cast and crew put in maximal effort to tap into the wintry and magical vibe Christmas usually emanates because of the fact that these movies are produced way ahead of the holiday season.

Autumn Reeser leads the cast of ‘A Bramble House Christmas’ as Willa Fairchild, the protagonist who is tasked with taking care of a terminally ill patient. The actor is famous for her work in several romantic comedies for Hallmark, besides her prominent role in HBO’s ‘Entourage’ and ABC’s ‘No Ordinary Family.’ David Haydn-Jones portrays Finn Conrad, the patient’s son. You must have seen the actor in ‘Supernatural,’ ‘Modern Family,’ and ‘The Last Kiss.’

Liam Hughes portrays Scout Fairchild. The actor’s previous works include ‘Star Trek: Discovery,’ ‘Chilling Adventures of Sabrina,’ ‘V.C. Andrews’ Heaven,’ and ‘Project Blue Book.’ Teryl Rothery essays the role of Mable Bramble. The actor is lauded for her roles in ‘The Outer Limits,’ ‘The X-Files,’ ‘First Wave,’ ‘Masterminds,’ and many more. Other actors in the movie include Andrew Airlie as Ken, Hilary Jardine as Sage, Julia Benson as Molly, and Lyla Marlow as Savannah.