Where Was Any Given Sunday Filmed? 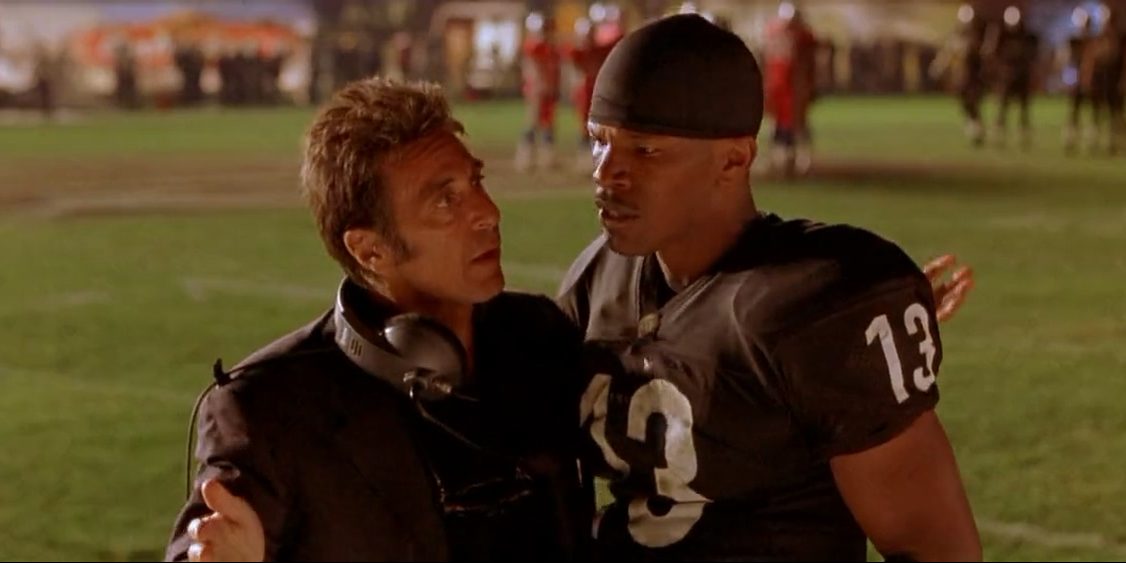 Veteran screenwriter-filmmaker Oliver Stone directed the 1999 sports movie ‘Any Given Sunday,’ a rare beast where Al Pacino does not play a gangster or a cop. Instead, he puts on the shoes of Tony D’Amato, an anti-establishment coach struggling to instill some discipline in his motley team, the Miami Sharks. Once a glorious team with seasons of glory, the group now works for qualifying for the playoffs. While the team’s star quarterback suffers a significant injury, the coach notices Willie “Steamin” Beamen. Most of the movie unfolds on playfields and in locker rooms, but you may wonder where the movie was filmed. In that case, let us spill all the locations.

Any Given Sunday Filming Locations

‘Any Given Sunday’ was filmed in its entirety in the US, especially in Florida and Texas. Principal photography commenced on January 25, 1999, coming under wrap by April 17 of the same year. Let us now take you to the specific locations where the filming occurred.

Most of the story unfolds in Miami, the Florida city that’s globally famous for its beaches. The director took his cast and crew across many locations in the city, including some surprising ones. Cap Rooney lives in a modestly opulent house in the city. The sequence was filmed at the home of the real-life Miami Dolphin quarterback Dan Marino. The mayor’s party takes place in Vizcaya Museum & Gardens, a former private estate house located at 3251 South Miami Avenue, in the Coconut Grove neighborhood of Miami. 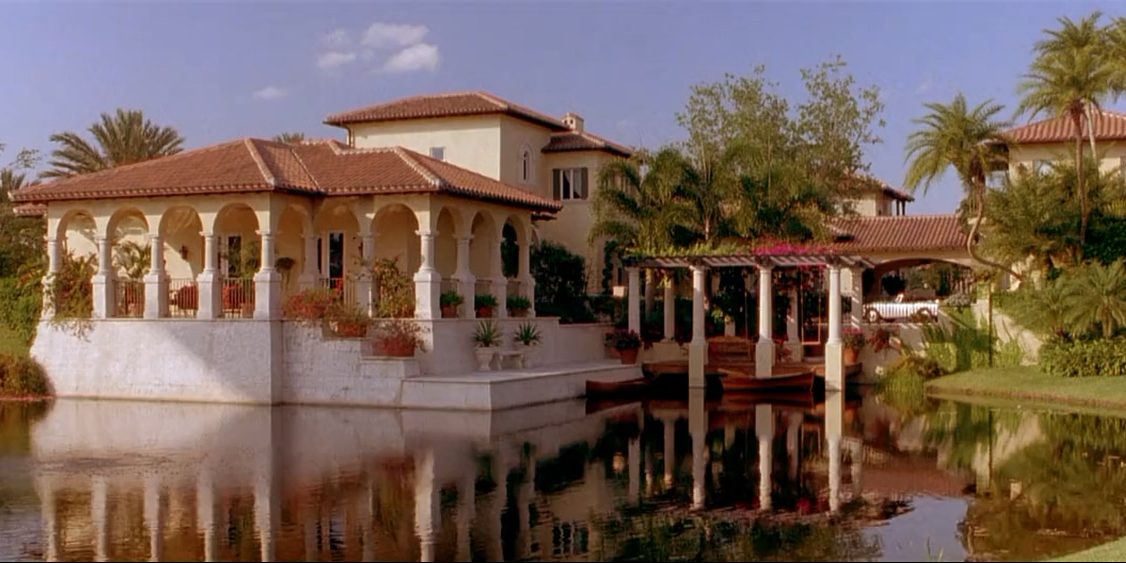 The home stadium of the California Crusaders is the Joe Robbie Stadium, now renamed the Hard Rock Stadium; it is the real-life home stadium of the Miami Dolphins. The stadium has hosted six super bowls, including the 2010 Pro Bowl. However, the director seemingly wanted something a bit older for the Miami Sharks home ground.

He resorted to filming the scenes at the former Miami Orange Bowl. Originally named Burdine Stadium, the stadium was located at 1501 Northwest 3rd Street in the city. However, the venue was demolished in 2008. In its place stands the LoanDepot Park, the home-park of nascent Major League Baseball team Miami Marlins. 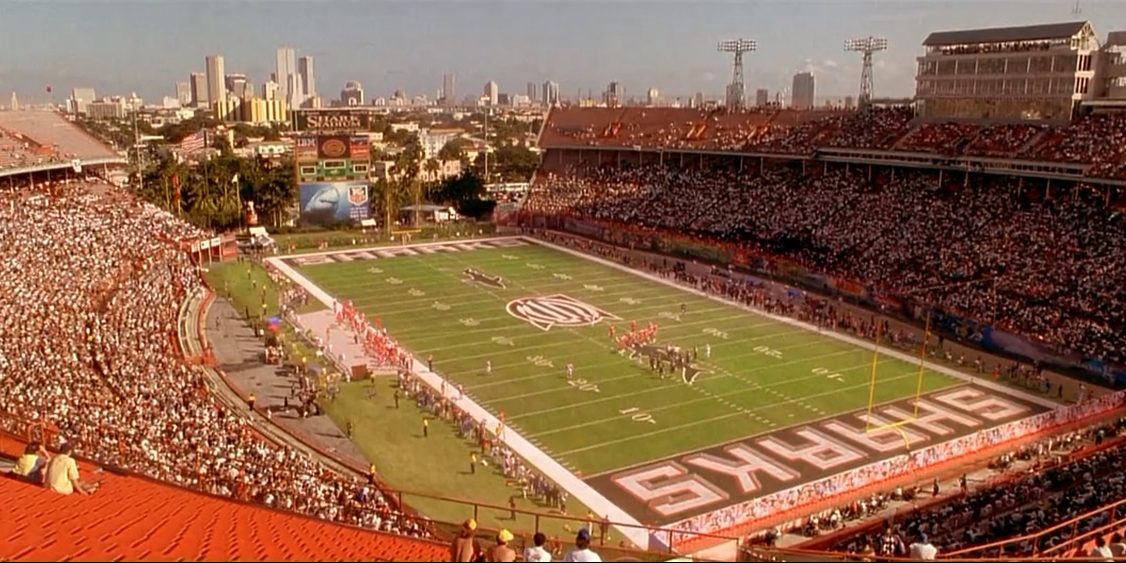 The crew also filmed scenes at Cardozo Hotel, a 3-star beachfront accommodation at 1300 Ocean Drive in the South Beach neighborhood of Miami Beach. The bulk of the studio work was carried out in Greenwich Studios, a 2.78-acre studio facility once located at 12100 Ivan Tors Boulevard in Miami, Florida. Born in 1963, the studio reached its peak in the 80s and 90s, churning out titles like ‘Miami Vice’ and ‘Ace Ventura: Pet Detective.’ However, it was sold in 2021 to the Fuse Group. 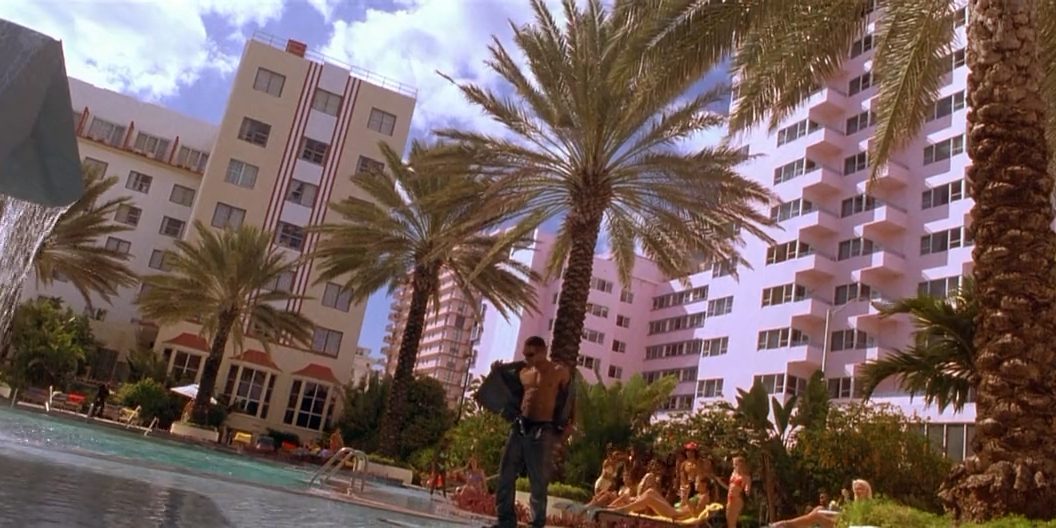 The production teams took strolls outside the central city of Miami, in nearby suburbs. Scenes were also filmed in Harbor Beach (seemingly in an upscale studio apartment complex) in Fort Lauderdale, north of Florida. Additional sequences were filmed at the Homestead Sports Complex, at 1601 SE 28 Avenue in Homestead, primarily a Miami suburb. Homestead is 38 miles from central Miami, and it takes around 45 minutes to get to the agricultural area from Miami. 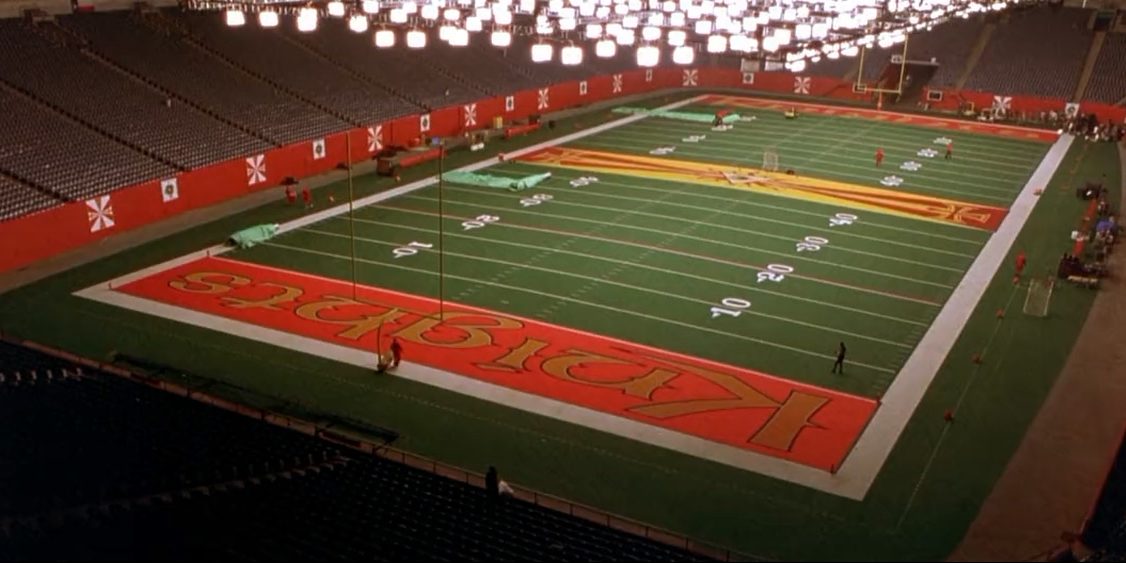 A bulk of sequences were filmed in and around the Dallas County of Texas. The pivotal game takes place in the former Texas Stadium. Once located at 2401 East Airport Freeway in Irving, a Dallas suburb, the stadium acted as the home ground of the Dallas Cowboys for almost 38 seasons. Its glory days came to a close on April 11, 2010, when the structure was demolished in a controlled explosion.

Read More: Is Any Given Sunday Based on A True Story?