Where Was Black is King Filmed? 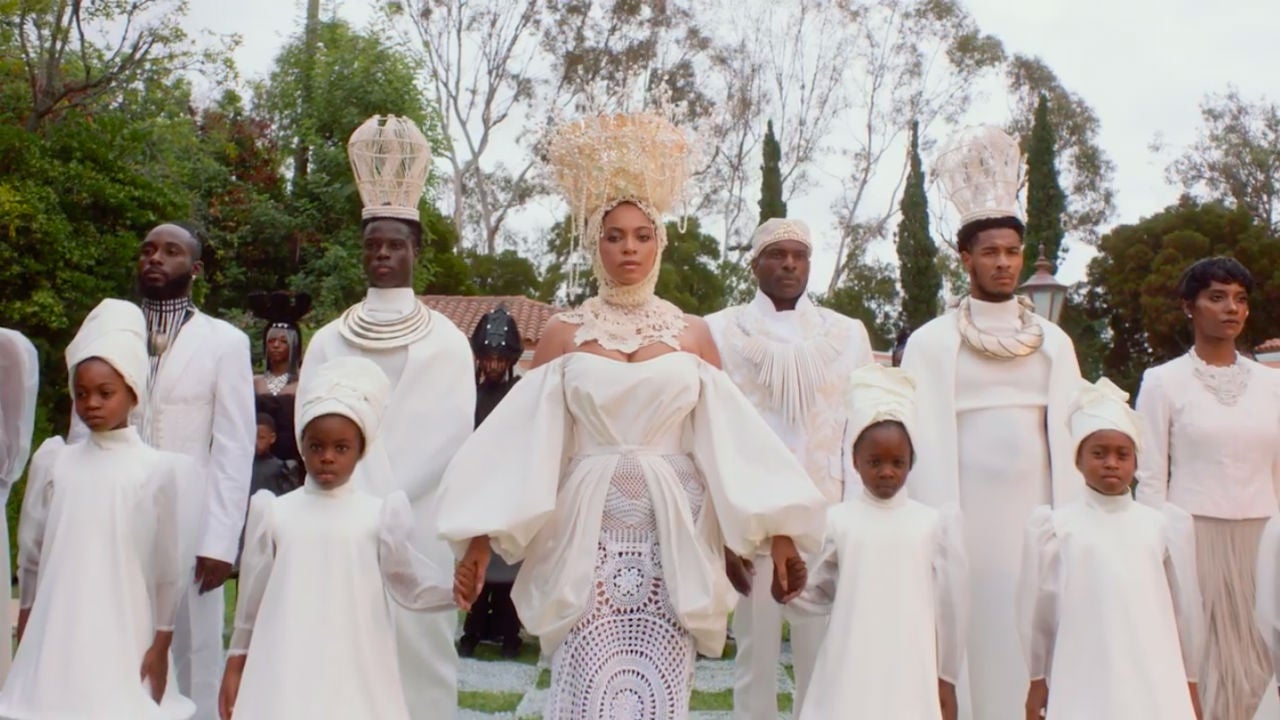 ‘Black is King’ is re-imagination of ‘The Lion King (2019).’ It takes you on a breathtaking voyage of the African culture, which, in turn, allows you to understand the beauty and depth of the African lineage and its reflection on the identity of the Black community today. Several renowned artists such as Beyoncé, JAY-Z, Kelly Rowland, Naomi Campbell, Tina Knowles-Lawson, Pharrell Williams, Lupita Nyong’o, and many more, were involved in the project. Along with them, the visual album also included contributions from directors Emmanuel Adjei, Blitz Bazawule, Pierre Debusschere, Ibra Ake, Dikayl Rimmasch, Jake Nava, and Kwasi Fordjour.

Apart from being thematically rich and culturally relevant, ‘Black is King’ also blows you away with its stunning imagery. So for those who are wondering where its filming took place, here are all the details.

‘Black is King’ walks a viewer through multiple chapters, all of which depict different African localities. As confirmed by the ones involved in its production, the film picked up local cast and crew from all the filming locations that it features throughout its runtime. For the most part, the filming of ‘Black is King’ took place in the second half of 2019 in several different locations of South Africa, Ghana, Nigeria, New York, Los Angeles, London, and Belgium.

In the opening scenes, the film features large Zulu beehive huts, which were once created by the Zulu ethnic group of KwaZulu-Natal province in the east of South Africa. These scenes were shot in Shakaland Zulu Village, which is only a recreation of a traditional Zulu homestead. The village was first created back in the 80s for the filming of a South African series called Shaka Zulu. Now it is an immensely popular tourist destination where travelers get a first-hand experience of the diverse Zulu culture.

I hope y’all know that Beyoncé didn’t choose Nandi Madida by mistake. It was not. She did her homework. Queen Nandi was a daughter of Bhebhe, and mother of the famous Shaka, King of the Zulus. Beyoncé used the throne to tell the beautiful story of the Zulu tribe. 🖤#BlackIsKing pic.twitter.com/8bSkyDNl79

Another major South African filming location for ‘Black is King’ was the Roman Catholic Church in Emthambothini. Decorated with bright and colorful geometric Ndebele patterns, the church was first built in the year 1975, near Siyabuswa in the old KwaNdebele territory of South Africa.

In South Africa itself, the third filming location for the movie was Johannesburg, a popular site where other well-known movies like ‘Avengers: Age of Ultron‘  and ‘Malcolm X’ have previously been filmed.  Among all the different locations of the “The City of Gold,” ‘Black is King’ takes its viewers through several sprawling sites of the metropolis including the cylindrical-shaped The Ponte City Apartments located in Johannesburg’s Berea neighborhood.

In Western Africa, ‘Black is King’ was predominantly shot in Ghana and Nigeria. Joshua Kissi, a Ghanaian-American creative, was also involved with the movie’s production in Ghana and even expressed his gratitude towards Beyoncé’s visual album on twitter. Check it out below:

#BlackIsKing ~ I was tapped to contribute and direct the Ghana 🇬🇭 portion of the film there was nothing like contributing to this vision through narratives on the ground in my home country. This wouldn't be possible without my on the ground Ghana team! pic.twitter.com/w6lm2lZSQu

Among all the different locations, the Nigerian portion of the film also features The National Arts Theatre in Iganmu, Lagos, which was first built in 1976. The art theatre is shaped like a military hat and is inspired by the Palace of Culture and Sports in Varna, Bulgaria.

Even in the West, ‘Black is King’ was shot in a myriad of locations. Among these, Arizona’s scenic Havasu Falls is bound to grab your attention. Located in the grounds of the Havasupai Indian Reservation in the Grand Canyon, the falls takes your breath away with its sparkling blue-green water that pours out of the orange canyon that surrounds it.

Here’s another interesting tidbit. Many would be quite familiar with the Iconic 1920s Mediterranean Revival-style Beverly Hills Mansion, which was featured in ‘The Godfather‘ as well. The massive property accommodates 19 bedrooms, 29 bathrooms, a two-story library, two formal dining rooms, a grand living room, and vibrant gardens and pools, which serve as a backdrop to several scenes of ‘Black is King.’

#BlackIsKing was shot in part at the former home of newspaper magnate, William Randolph Hearst in Beverly Hills. Currently listed at $125,000,000. pic.twitter.com/0lYrxtbSiZ

Read More: What is Beyoncé’s Net Worth?