Where Was Boyz n the Hood Filmed? 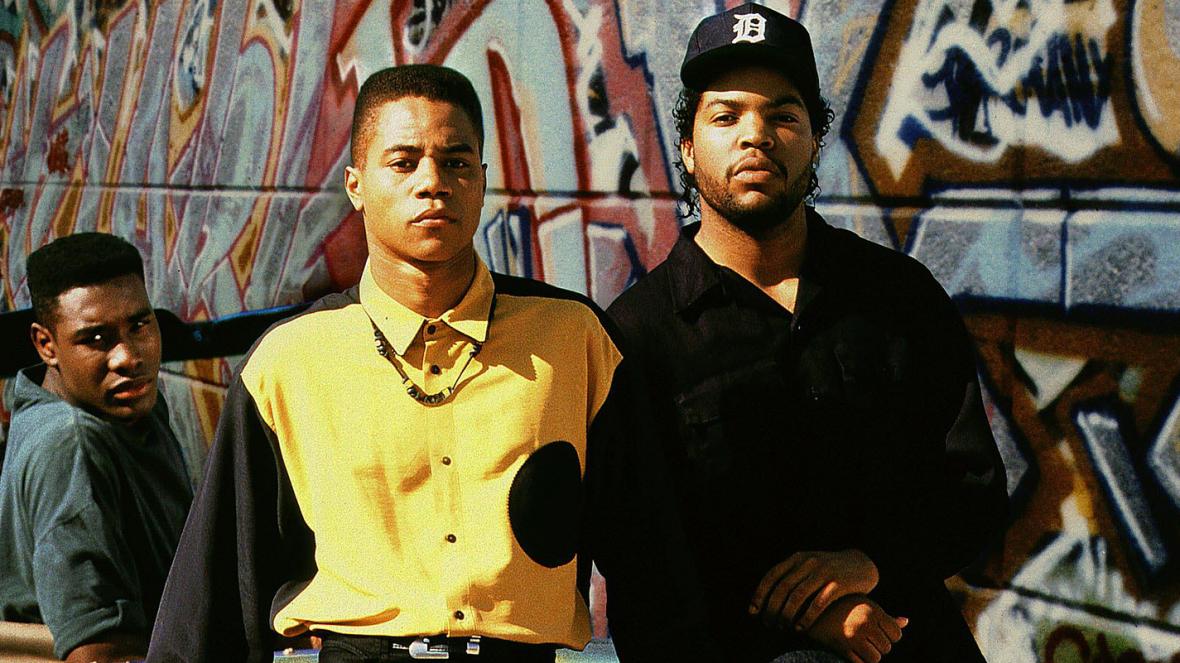 ‘Boyz n the Hood’ is a coming-of-age drama that revolves around growing up amidst gun violence and gang wars in inner-city Los Angeles. Tre Styles (Cuba Gooding Jr.) moves in with his father Jason “Furious” Styles Jr. (Laurence Fishburne), as they try to navigate through life to be more than what their circumstances allow. Tre’s friends are half brothers Doughboy (Ice Cube) and Ricky Baker (Morris Chestnut), who are contradictory to each other. Ricky is an athlete and wishes to move ahead in life through sports.

On the other hand, Doughboy lives by a clear code of honor but gives in to violence, crime, and substance abuse. Written and directed by John Singleton in 1991, ‘Boyz n the Hood’ received two Oscar nominations for Best Director and Best Original Screenplay. For the movie, John drew inspiration from his own experiences while growing up in the neighborhood among the people he knew. We got curious to know where exactly was ‘Boyz n the Hood’ filmed. Well, after doing some digging, here is everything we found out!

The inner-city Los Angeles has quite a reputation of being portrayed in various Hollywood films as problematic and dangerous, which sets the background for ‘Boyz n the Hood.’ Here are the specific details!

‘Boyz n the Hood’ is predominantly set in the neighborhoods of Inglewood and Crenshaw. It begins with a bunch of kids who are fascinated with bloodstains on the street from a previous murder, and they stop to take a look. This was filmed at 10106 Woodworth Avenue, just south of Hollywood Park. 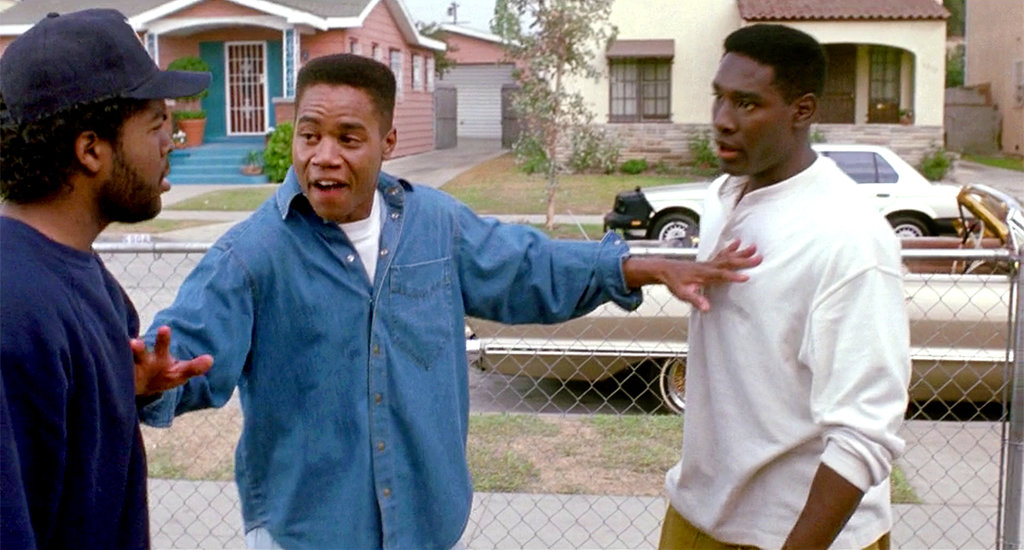 The school that Tre attends in the film is actually Singleton’s old school, Clyde Woodworth Elementary School, on 3200 West on 104th Street. A block away is Crenshaw Avenue, which comes alive at night as people gather. The spot where Ricky and Tre get pulled up by the cops is also close by, on 3875 Crenshaw Boulevard, near the Angelus Funeral Home. The Westside restaurant where Furious Styles and Reva have a significant conversation used to be Coley’s Kitchen Jamaican Restaurant and is now Dr. Q Barbecue Cuisine. 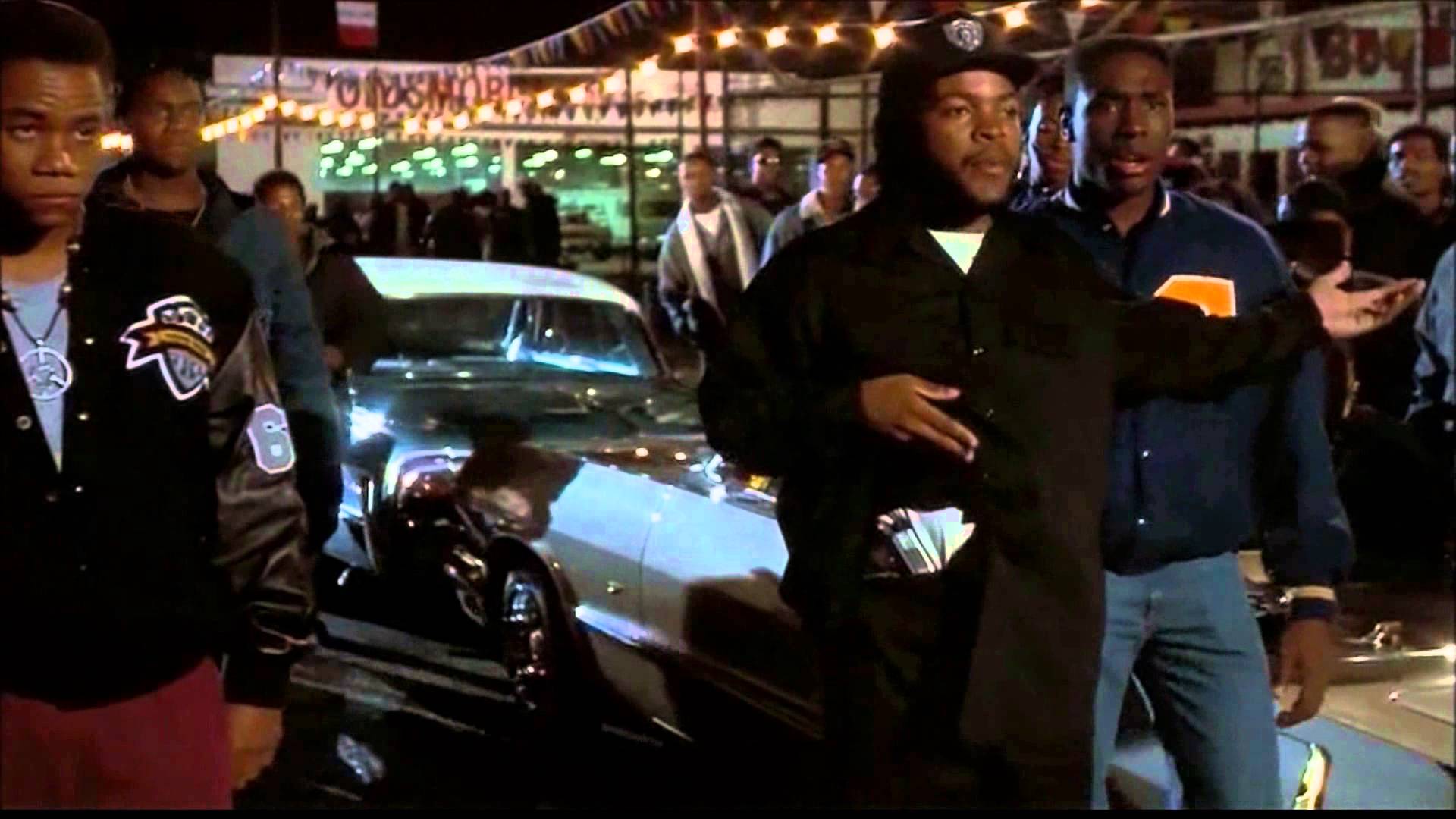 5906 Cimarron Street is home to Brandi (Nia Long) in the film and is just a few houses from 5918 Cimarron Street, Tre and Furious Styles’ home. Some scenes were filmed in different areas of the neighborhood, including Furious Styles’ workplace, called Oliver’s Coiffure on Jefferson Boulevard. This building is now demolished, in place of which a new building stands. The burger joint where Ferris (Raymond Turner) and his crew eat before being gunned down is Eat-a-Burger on 3715 South Santa Rosalia Drive.