‘Charlie’s Angels’ is an action comedy film directed by McG (Joseph McGinty Nichol). It follows Natalie, Dylan, and Alex, three strong and talented women who fight crime as members of a secret agency. The film is a reboot/ follow-up of the television series of the same name that aired from 1976 to 1981. Released in 2000, it is the first theatrical film of the franchise. The movie provides us with slick action set-pieces set across stunning urban locations. If you are curious about the sites featured in the film, allow us to share everything we know about the filming locations of ‘Charlie’s Angels.’

Filming of ‘Charlie’s Angels’ took place between January 10, 2000, and June 24, 2000. The agency the principal characters work for is based in Los Angeles, California, which is also the movie’s primary setting. It was filmed on location and on soundstages in various parts of Los Angeles County. Let’s take a closer look at the specific filming spots of the movie.

Los Angeles County is the primary filming location of ‘Charlie’s Angels.’ A portion of the opening montage featuring Drew Barrymore’s character, Dylan, was shot at the Venice High School’s Gym, which is located at 13000 Venice Boulevard. Another scene featuring Cameron Diaz’s Natalie was filmed in the lobby of Los Angeles Theatre, situated at 615 South Broadway. Natalie’s house in the movie is a real house located at 410 Carroll Canal in the city’s Venice neighborhood.

Some scenes were filmed in the vicinity of the Gas Company Building at 555 West Fifth Street. The grounds of The Huntington Library, Art Museum, and Botanical Gardens situated at 1151 Oxford Road, San Marino, can be seen in the opening moments and later as the entrance of Madame Wong’s House of Blossoms, a massage place. Some sequences were filmed at Marineland of the Pacific, a closed oceanarium on Palos Verdes Peninsula. The location is a popular tourist and filming spot. Most notably, films in the ‘Pirates of the Caribbean‘ series were filmed here. 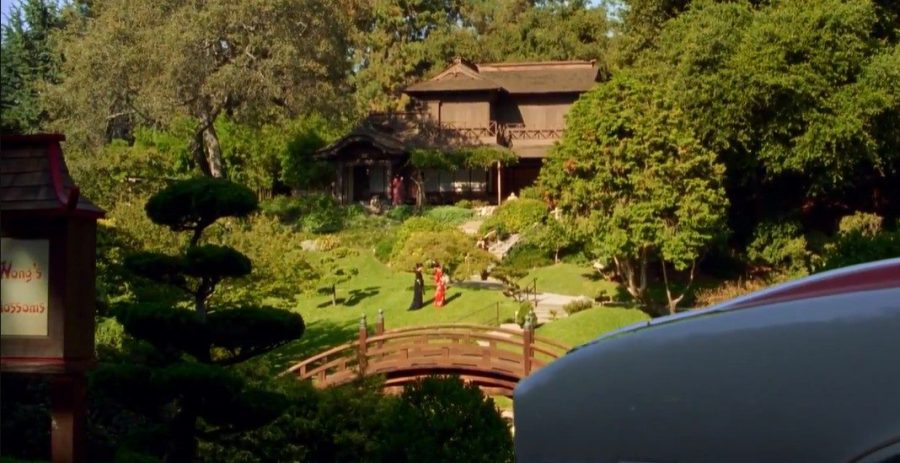 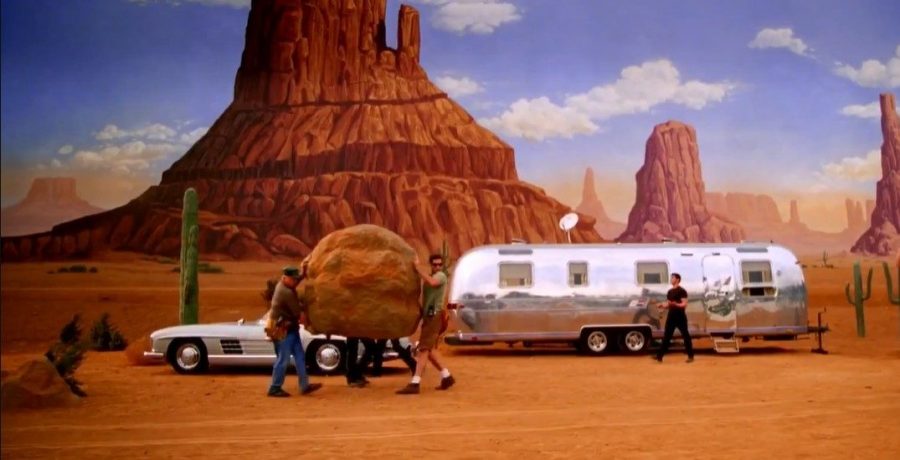 Federal Building, situated at 11000 Wilshire Boulevard, acts as the double for the Red Star Technologies Headquarters. The exquisite rooftop cafe of the building was actually a set built at LA Center Studios on 1202 West Fifth Street. The closing moments were shot on the Westward-Zuma Beach in Malibu.

A chase sequence was filmed at Vincent Thomas Bridge in San Pedro. Filming also took place at Fosters Freeze, a branch of the popular food chain located at 1624 Cravens Avenue in Torrance. Other locations in the county where filming took place include the California Speedway, 9300 Cherry Avenue, in Fontana; Chemosphere House, 3105 Torreyson Place, near Mulholland Drive; 7121 Lonzo Drive, Tujunga; and 11446 Awenita Court, in Chatsworth.