Where Was Coastal Elites Filmed? 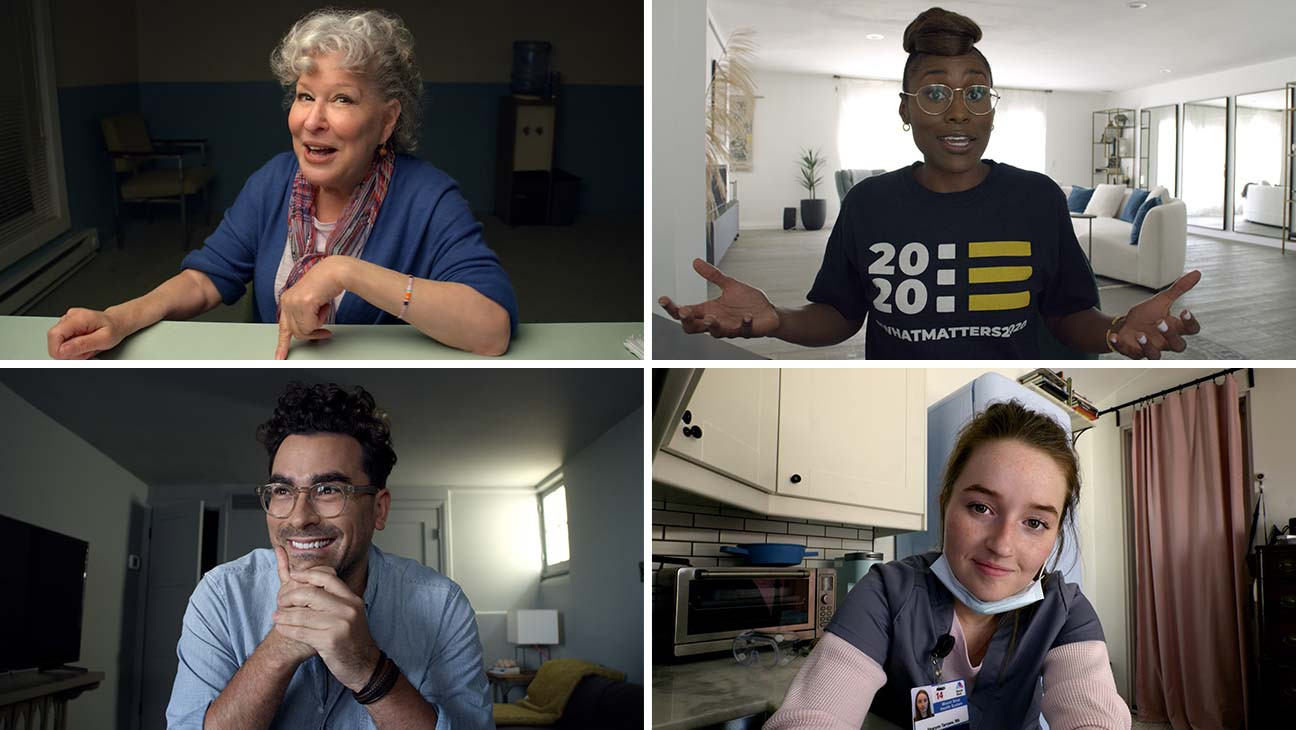 The cinematic universe has always been a good reflection of the world we live in, why does the current situation be any different? With shows like ‘Grey’s Anatomy’ and ‘Chicago Med’ including the COVID-19 pandemic into their storylines, the new HBO special ‘Coastal Elites’ echoes the same sentiments with a deftly satirical screenplay.

Originally written as a Broadway play, the playwright and screenwriter Paul Rudnick embraced the era of social distance and made the best of a bad deal by transforming the play from intended to be performed in front of live audiences into provided straight to the viewers at the comfort of their homes. ‘Coastal Elites’ feature a brilliant ensemble cast each providing a different look into their present lives as they cope with the global pandemic.

Opening with an impactful monologue, Bette Midler appears as a Queens-based public-school teacher named Miriam, who’s self-aware, witty and exhibits no-holds-barred views about the current political scenario. Followed by monologues of other four actors: Dan Levy appears as a guilt-ridden actor venting to his unseen therapist about playing into the stereotypes posed by the society about what queers represent on-screen; Sarah Paulson plays an online meditation guru as she’s quarantining with her conservative family; Issa Rae namedrops Ivanka Trump from the comforts of her privileges; capping it all with the last monologue delivered by Sharynn (played by Kaitlyn Dever), a young nurse who’s working as a first responder and has come to New York from Wyoming to volunteer during the height of the outbreak there – a surreal representation of health care workers all around the world – making their sacrifices. Amid the COVID-19 pandemic, how the filming of ‘Coastal Elites’ took place – here’s everything we know.

Where and How Was Coastal Elites Filmed?

With the entire world slowly adapting to the new normal, the movie and series production has finally started being in motion with stringent safety medical guidelines put in place. Filmed at the cusp of the beginning of the pandemic, ‘Coastal Elites’ went in production with a minimal number of cast and crew members, with health inspectors overseeing the entire procedure ensuring social distancing.

However, the special might feel like it was shot remotely from each actor’s home, instead, the entire production took place in actual sets. Actors did webcam performances in direction of Jay Roach and Paul Rudnick. It is highly commendable how these actors pull this off with all shot head-on in medium close-up as if they’re on the other end of a video conference from us.

Taking viewers through behind the scenes of ‘Coastal Elites’, Paul shared his production experience, saying, “Shooting ‘Coastal Elites’ remotely was a great challenge and it ended up being quite exciting and strangely well-suited to this material.”

Rudnick expatiated, “I’m so spoiled by normal production. We have multiple cameras and there’s so many safety nets if something isn’t timed the way you want it to be, and I knew we wouldn’t have that. But an unexpected benefit of the process was that we were almost required to shoot with just one camera which, to me, seemed as close to a stage situation as possible.”

He continued, “Each actor had to learn a very long monologue and be able to go continuously, and that meant that we had to rehearse quite a bit. The actors really had to step it up in terms of focus, and they all really embraces that high-wire act of that.”

Well, hey, life is all about making the delicious lemonade out of the lemons it hands us, isn’t it?