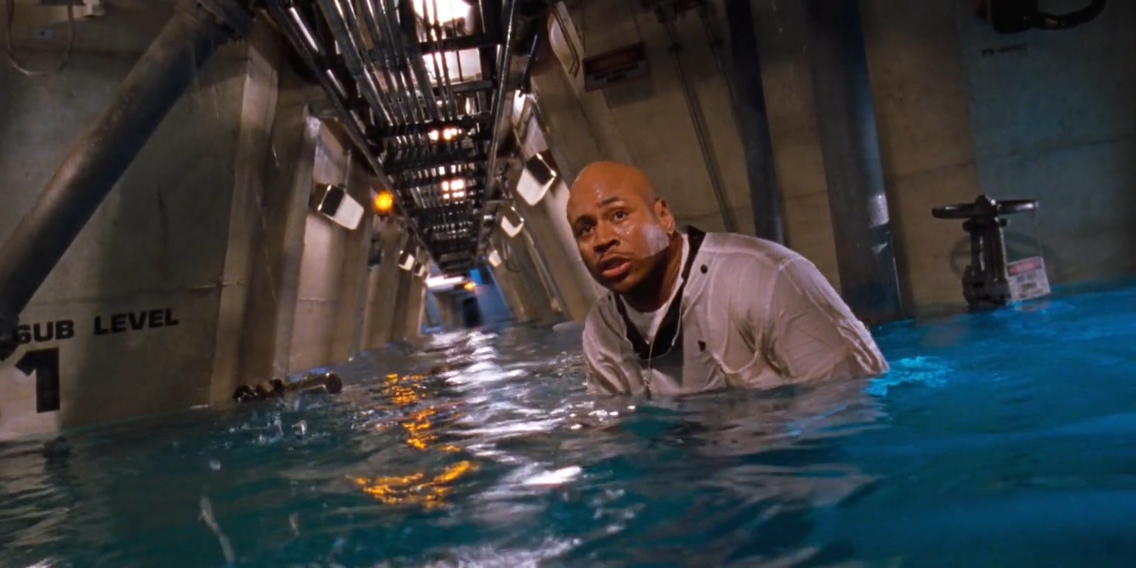 Finnish director Renny Harlin (‘Die Hard 2′) presents an amply entertaining and horrific affair in the shark movie ‘Deep Blue Sea.’ Featuring a stellar cast that comprises Stellan Skarsgård, Samuel L. Jackson, and Saffron Burrows, and painted with a comic touch, the 1999 film has been touted in popular culture as something of a guilty pleasure. The story centers on a research team that genetically modifies sharks for cultivating a cure for Alzheimer’s, which is quite a noble cause.

However, as a major downside to their experiment, the sharks become as intelligent as humans, if not more. When the sharks plan to take down their human captors, the situation erupts into a nightmare. As opposed to ‘Jaws,’ sharks are quite visible, and most of the story unravels in an underwater facility. You may want to identify the locations where ‘Deep Blue Sea’ was shot. In that case, we have you covered.

‘Deep Blue Sea’ was filmed on locations in Mexico and the US. Filming commenced on August 3, 1998, and was wrapped up by November 5 of the same year. The film is set in a research lab in the middle of the ocean, but you would be astonished to know that majority of the film was shot in an iconic studio. Without further ado, let us fast forward to the specific locations where the movie was filmed!

The majority of the movie was filmed in a studio set up in Rosarito, a vibrant coastal town in the Baja California peninsula of Mexico. The director and his crew filmed most of the exterior sequences and some interior scenes in the iconic Fox Baja Studios (presently Baja Studios), a movie production facility known to have the largest water tanks and soundstages for filming purposes. The production unit of ‘Deep Blue Sea’ built the sets for the movie above the huge water tanks that 20th Century Fox built for James Cameron’s cinematic milestone ‘Titanic.’

Some of the sets were constructed to be completely submerged underwater, while others, like the underground lab where the shark snatches Jim’s hand, were created on stages with aquariums as windows. For obvious reasons, the director chose to use animatronics and CGI sharks instead of real ones. Interestingly, the animatronics sharks were a foot longer than the 25 feet creatures used in ‘Jaws.’

Talking about the experience, Jackson recalled, “When they first brought it into the lab we were all in awe of the size of this machine […] It was a real monster. I would walk up to it slowly and touch it and they said it felt like a real shark. The gills moved and it had a mind of its own sometimes.”

After wrapping up filming in Mexico, the director took his team to the Bahamas, a dreamy tropical island country in the sub-tropical Atlantic Ocean, to film a few sequences. In some segments of the movie, the crew used real sharks for filming. The scenes featuring real sharks were filmed exclusively in the Bahamas.

Additionally, some parts of the movie were filmed in various locations in California. San Diego, a picturesque coastal city overlooking the Pacific Ocean, is where a few early scenes were filmed. A renowned filming spot, the city is known for its green parks, vast beaches, and tropical climate.

The ending was modified later on in the production (following disapproval from a test audience), which compelled the director to reshoot some of the penultimate scenes. The crew resumed filming for another day at the fish tanks of Universal Studios Hollywood, a sprawling cinema production center located at 100 Universal City Plaza in Hollywood, California.