Where was Disney+’s Sneakerella Filmed? 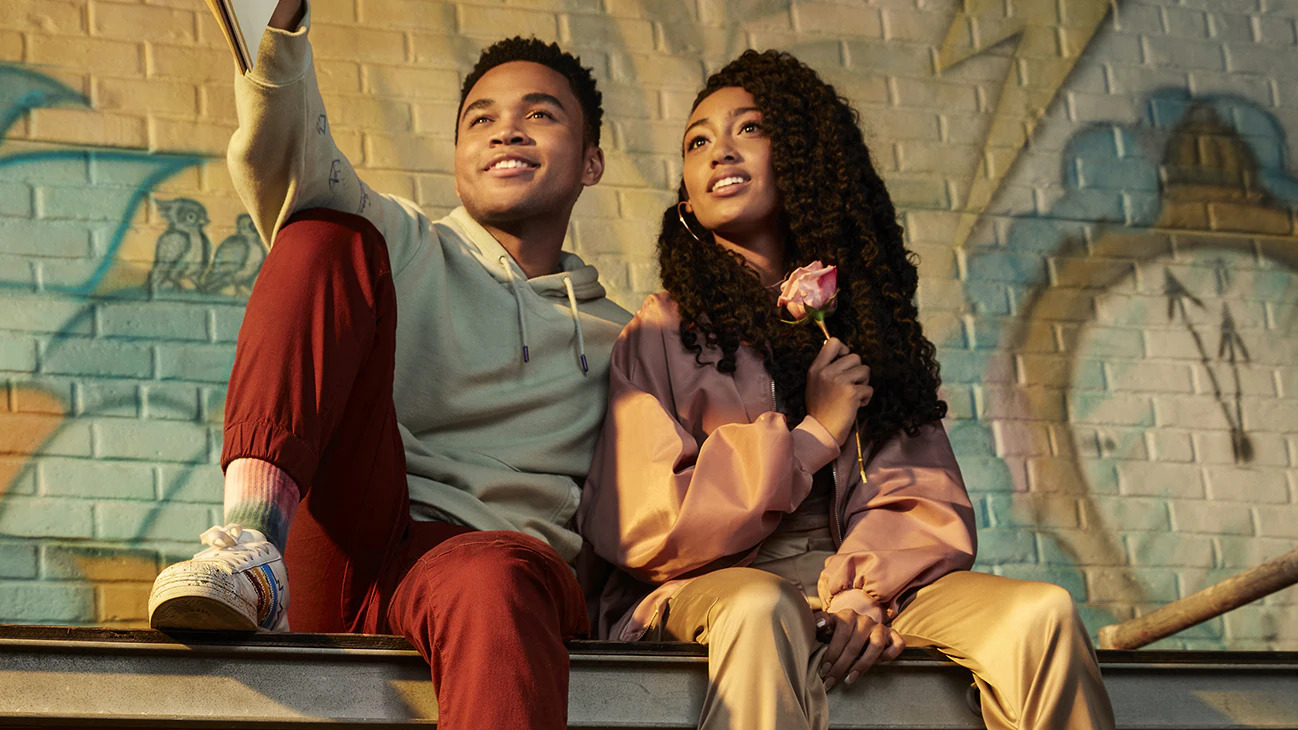 A re-imagining of the fairy tale ‘Cinderella,’ ‘Sneakerella’ is a musical comedy movie directed by Elizabeth Allen Rosenbaum. The narrative revolves around an aspiring sneaker designer named El. He falls in love with Kira King, the daughter of a sneaker tycoon named Darius King. This allows him to gain some much-needed confidence to chase his dream of making it as a professional sneaker designer. He is helped on his quest by his best friend, Sam, and his Fairy Godfather.

Being a modern twist on Cinderella, the movie highlights the Sneaker Culture of New York. So, the characters and their sneakers travel to extravagant and unique places, which got us curious to know where the musical film was lensed. So, allow us to share the information we have gathered regarding the same!

‘Sneakerella’ was filmed in different locations across Canada and the USA, specifically in Toronto, Hamilton, and New York City. According to reports, principal photography was supposed to begin in May 2020 but got postponed due to the COVID-19  pandemic. After several months, production finally commenced in October 2020 and wrapped up in December of the same year. Now, let’s put on our sneakers and navigate through the locations that appear in the movie!

The production team of ‘Sneakerella’ set up camp in Toronto, the capital city of Ontario. In late 2020, the cast and crew were spotted shooting some pivotal sequences for the musical film on several streets and avenues across Toronto. This includes Queen Street West & Elm Grove Avenue, as well as the area around Yonge Street & Adelaide Street East. Specifically, the Toronto branch of Deloitte, which uses the office space of the Bay Adelaide Centre East Tower, serves as a production location for a few scenes. It is located at Suite 200 on 8 Adelaide Street West.

The production team even traveled to the port city of Hamilton. Apart from King Street East and Ferguson Avenue, the cast and crew lensed parts of the movie in various spots across downtown Hamilton. International Village Business Improvement Area was reportedly transformed into a strip of the Astoria neighborhood in Queens, New York City.

“Sneakerella” Well that’s a wrap for filming in downtown Hamilton and Shakespeare’s restaurant. Pics of the Set before it all comes down. It’s been a slice. We had fun watching and feeding the crew. @TOFilming_EM @WhatsFilmingON @HamiltonFilm @DwntwnHamBIA pic.twitter.com/zE7Ky1BEGq

It seems like Shakespeare’s Steak and Seafood also serves as one of the many production sites for the movie. The fine-dining restaurant is situated at 181 Main Street East. Apparently, the crew members worked on a mural and some food shacks that transformed Hess Village into a filming set.

The production team of ‘Sneakerella’ seemingly made a stop at New York City, which is where the storyline is set. With its skyscrapers and modern structures, the bustling city makes a perfect backdrop for filming projects, which is why it is frequented by many filmmakers. Several well-known movies and TV shows, including ‘Severance,’ ‘Russian Doll,’ and ‘West Side Story,’ have been lensed at The Big Apple.