Where Was Don’t Kill Me Filmed?

With Italian director Andrea De Sica at the helm, the supernatural teen romance thriller ‘Don’t Kill Me’ (‘Non Mi Uccidere’) is a cold and disturbing oddball in the crowd of vampire flicks. Based on the novel by Chiara Palazzolo, the story revolves around Mirta, whose death from a drug overdose does not precisely end her life. In turn, she becomes Luna, an undead destined to loiter around in underground cafes and night streets, looking for prey. However, she is not exactly a zombie since she still has some free will.

Alice Pagani of ‘Loro’ fame plays the central role against Rocco Fasano in this cerebral and drug-addled drama. Most of the story unfolds in urban landscapes, while Dante’s Diner proves to be a central location in the tale. The noir ambiance is also unmistakable, and the excellent use of light reinforces the darkness. You may wonder where the movie was filmed; in that case, let us transport you to those places.

‘Don’t Kill Me’ was filmed in its entirety in Italy, especially in Rome and Alto Adige. Filming took place in late 2020 till the summer of 2021. The movie unfolds in and around Italy, and the production is Italian. Thus, the director and his cast and crew chose to film the bulk of the movie from the vicinity of the home country. The director is the grandson of lauded director Vittorio De Sica, who kickstarted the historic cinema movement ‘Italian Neorealism’ with Roberto Rossellini and others.

Therefore, while delivering a world-class movie, the director sought to shine his country. Francesco Di Giacomo of ‘The Life Aquatic with Steve Zissou’ fame handled the cinematography, while Daniele Frabetti served as the Production Designer and Art Director. Let’s take a look at the specific details! 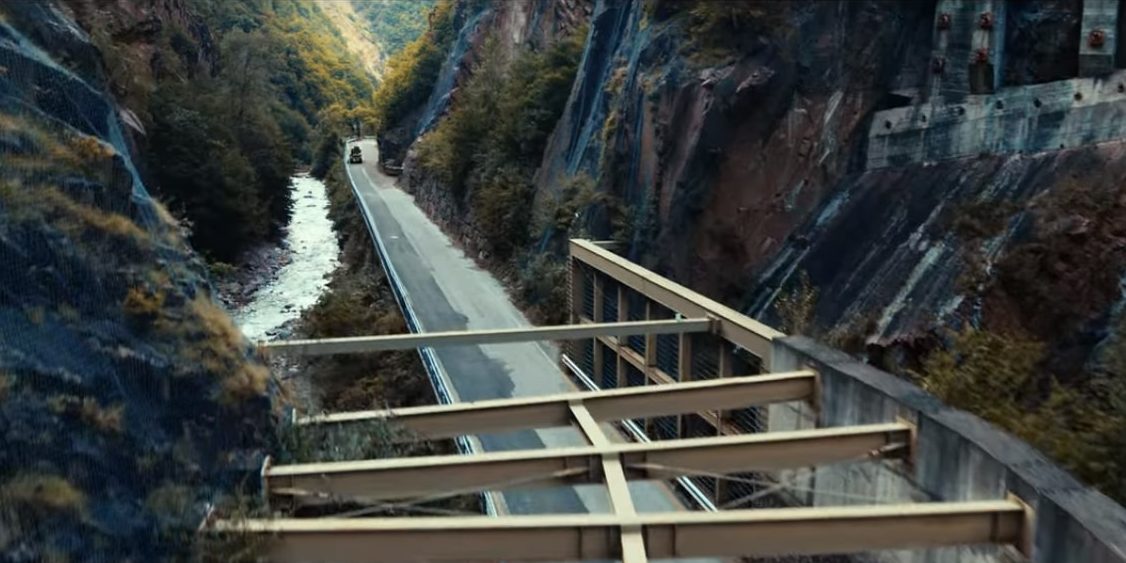 Filming mostly took place in the Alto Adige province of northern Italy (alternatively South Tyrol). The location borders Switzerland and Austria and features medieval castles, snow-capped mountains, lush ranges, and dark forests to entice filming crews worldwide. Although the movie does not feature any medieval castle, the first scene of Robin speeding was seemingly filmed in the region. Also possibly filmed here were the scenes in the forest. The crew filmed scenes in Bolzano, a city in Alto Adige often touted as the gateway to the Dolomites Mountains. The mountains through which Robin drives the car with shut eyes are likely parts of the mountain range – which is a section of the Alps that stretch over northern Italy.

Apart from the outdoor scenes, most interior sequences and some exterior scenes were filmed in Rome, the capital city of the country and the Lazio region. The scenes at Mirta’s house were likely filmed in a Rome neighborhood. Moreover, Dante’s Diner is most possibly fictional, and those scenes were also perhaps filmed in the city. When in Rome, you would never run out of things to do. Be it a tour of St. Peter’s Basilica or a plate of delicious Cacio e Pepe, Rome never ceases to astonish the tourists.