Where Was Friends With Money Filmed?

Writer-director Nicole Holofcener of ‘Walking and Talking’ fame reared the 2006 chick flick movie ‘Friends with Money.’ It tells the story of four women through the eyes of Olivia. Perpetually broke, Olivia makes ends meet by cleaning people’s houses in Los Angeles. Her friends are Franny, Christine, and Jane. Franny is a homemaker mother sitting on a trust fund. Whereas Christine is a television writer, and Jane, an acclaimed fashion designer. While the friends come from money, they have problems of their own.

Olivia initially thinks that the grass is greener on the other side, but her presumption shortly withers. Together, the friends laugh, cry, lean on each other, and explore the maladies of life. Jennifer Aniston essays the role of Olivia gracefully, alongside veterans like Frances McDormand, Joan Cusack, and Catherine Keener. The storyline unfolds in the suburbs of Los Angeles, mostly in high-end houses, charity halls, and restaurants. However, if you seek to identify the locations where the movie was filmed, let us help you out!

‘Friends With Money’ was filmed in California and New York, particularly in and around Los Angeles and New York City. Filming reportedly commenced in early January 2005, when LA was experiencing quite a rainy winter. Terry Stacey of ‘Dexter’ fame served as the cinematographer for the production, while Amy B. Ancona took up the role of the production designer. Without further ado, let us now take you to the specific locations where the movie was shot! 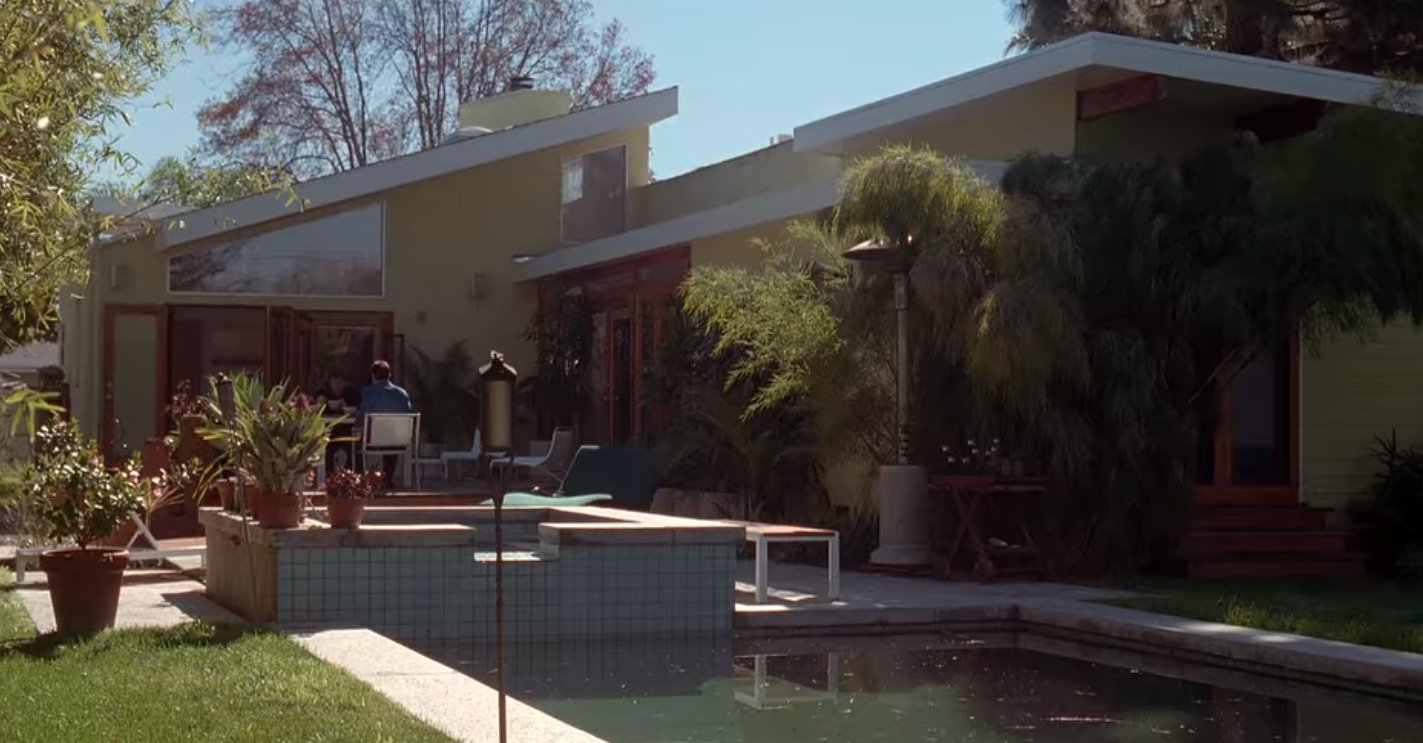 The film is mostly set in and around the City of Angels, and it is where the director took the cast and crew to facilitate filming. A few scenes were filmed in a property located at 6300 Orion Avenue, in the Van Nuys suburb of Los Angeles, near Woodley Park. Sequences were also captured in Chateau Chaumont, a landmark Italianate apartment complex located at 855 South Serrano Avenue in the Koreatown suburb of Los Angeles.

In a memorable sequence, Olivia has a blind date with Mike in a restaurant. The sequence was filmed at Fred 62 Restaurant, a scenic diner located at 1850 North Vermont Avenue in the heart of the city. The crew also visited Bel Air, an opulent neighborhood situated in the foothills of the Santa Monica Mountains on the Westside of Los Angeles. The neighborhood is a popular place of accommodation sought by the entertainment industry elites and is home to the landmark Hotel Bel-Air. However, the hotel scenes in the film took place in Hotel Casa Del Mar, an iconic beachside 5-star hotel situated at 1910 Ocean Way, in the coastal city of Santa Monica in LA County.

According to reports, the crew also visited New York, a vast metropolis situated within the titular state on the eastern coast of the country. Due to its iconic landmarks and cultural heritage, New York has been the setting of numerous movies and television shows. From ‘Breakfast at Tiffany’s’ to ‘Ghostbusters,’ several movies have been filmed in the city.