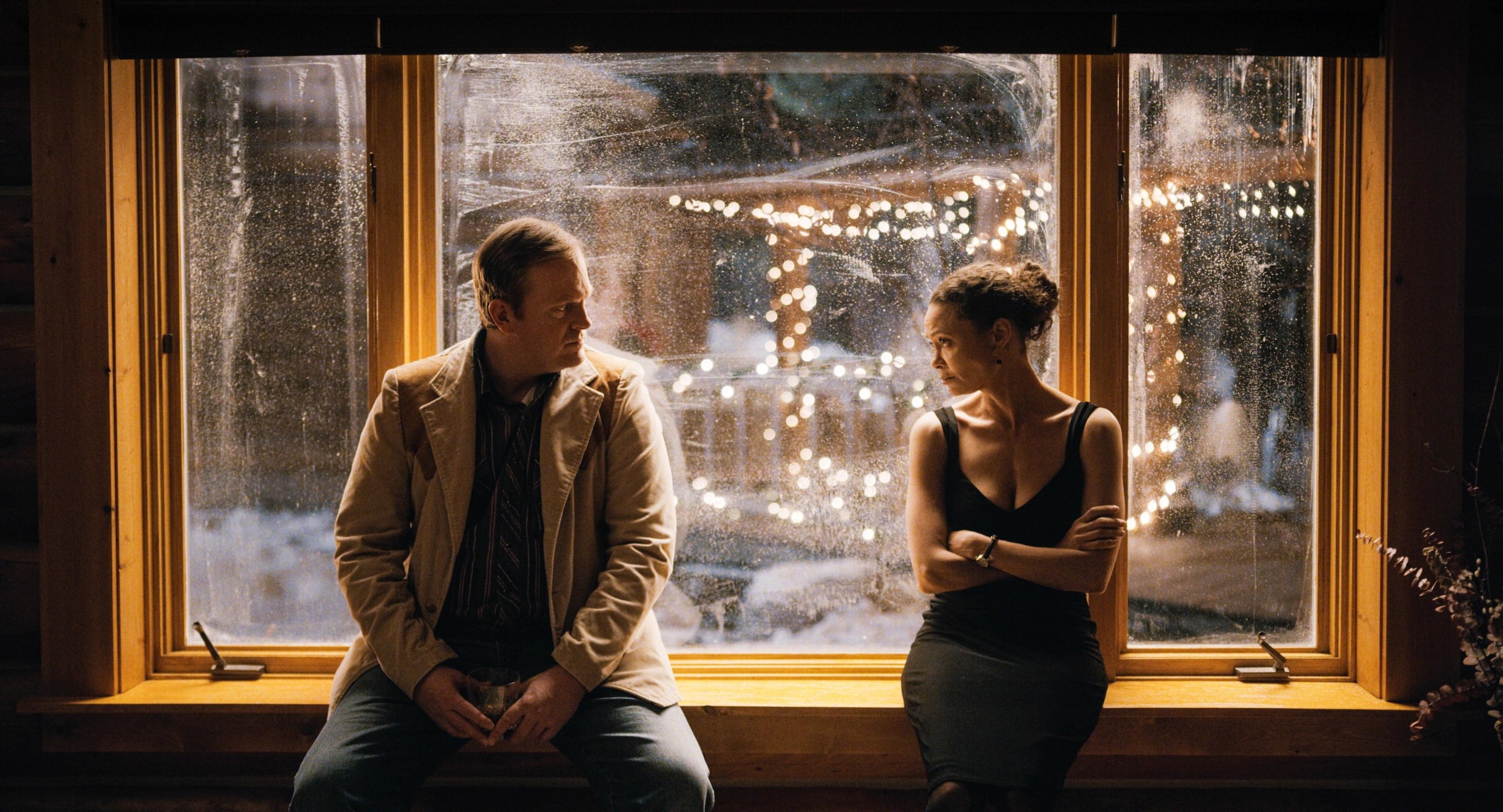 Based on James Lee Burke’s short story ‘Winter Light,’ ‘God’s Country’ is a mystery thriller movie co-written and directed by Julian Higgins. It follows Sandra, a college professor who moves from New Orleans to the remote mountains of the American West. Everything is going normal in her life until she catches two hunters trespassing on her property. After the confrontation, Sandra is haunted and frightened as she sights the duo regularly around her house, which pulls her into an escalating battle of will with deadly consequences.

The narrative is filled with several shocking elements to rock the viewers to their very core. The brilliant onscreen performances from the talented cast, including Thandiwe Newton, Joris Jarsky, Jefferson White, and Jeremy Bobb, improve the narrative’s overall quality. Moreover, the eerie and isolated locations add to the mysterious and thrilling aspect of the movie, making one curious about the actual filming sites. Well, in that case, we have got you covered!

‘God’s Country’ was filmed entirely in Montana, specifically in Dillon, Livingston, Paradise Valley, Bozeman, and Lennep. The principal photography for the Julian Higgins directorial reportedly commenced in February 2020 but halted in March 2020 due to the COVID-19 pandemic. After several months of delay, production resumed in February 2021 with strict regulations and finally got wrapped up in April of the same year. Now, let’s navigate the specific locations that appear in the thriller movie!

Several pivotal sequences for ‘God’s Country’ were lensed in Dillon, a city in and the county seat of Beaverhead County in Montana. In late March 2021, the cast and crew members were spotted utilizing the University of Montana Western premises at 710 South Atlantic Street, including the historic Main Hall on campus, for taping some scenes for the movie.

Additional portions of ‘God’s Country’ were recorded across Park County. In particular, the team set up camp in the county seat, Livingston, and Paradise Valley, a major river valley of the Yellowstone River. Interestingly, a small portion of Yellowstone National Park is in the southern part of the county. Over the years, Park County has hosted the production of quite a few filming projects, such as ‘A River Runs Through It,’ ‘Wildlife,’ ‘Montana Story,’ ‘1883,’ and ‘Yellowstone.’

A few sequences for ‘God’s Country’ were shot in secluded locations, such as Lennep, a ghost town and populated place in Meagher County. Furthermore, during the filming schedule, the production unit was spotted lensing some pivotal scenes in Bozeman, a city and the county seat of Gallatin County, particularly in the Gallatin Valley Botanical at Rocky Creek Farm at 34297 Frontage Road.