Where Was Greenland Filmed?

‘Greenland’, directed by Ric Roman Waugh, is a sci-fi thriller. The protagonist John Garrity (Gerard Butler), his estranged wife Allison (Morena Baccarin), and their young son fight against a huge comet that dangerously shoots into the earth. To survive this perilous situation befalling them, they engage in a quest to find a safe haven amidst what seems like a global apocalypse. Cinematically diverse, this movie has jaw-dropping scenes from different locations in the world. If you’re wondering where this movie was shot, beyond the apocalyptic lens of comet-destroyed, crumbling cities, you are in the right place!

‘Greenland’ was in a pre-production state in May 2018. Principal photography began in June 2019, but due to the pandemic-related restrictions, there were repeated delays, pushing the final wrap up to August 16, 2019, in Atlanta, Georgia. Let us dig into the details!

Most scenes in the movie were filmed in parts of Georgia throughout June and July 2019. Robins Air Force Base in Houston County was one of the sites where both shooting and casting took place from July 15 to July 19, the same year. The casting description seemed fit for people associated with Robins within the age group 5 to 55. The individuals were also expected to be in good health, with a high tolerance for staying for an extended period outdoors and walking efficiently for 100 yards. 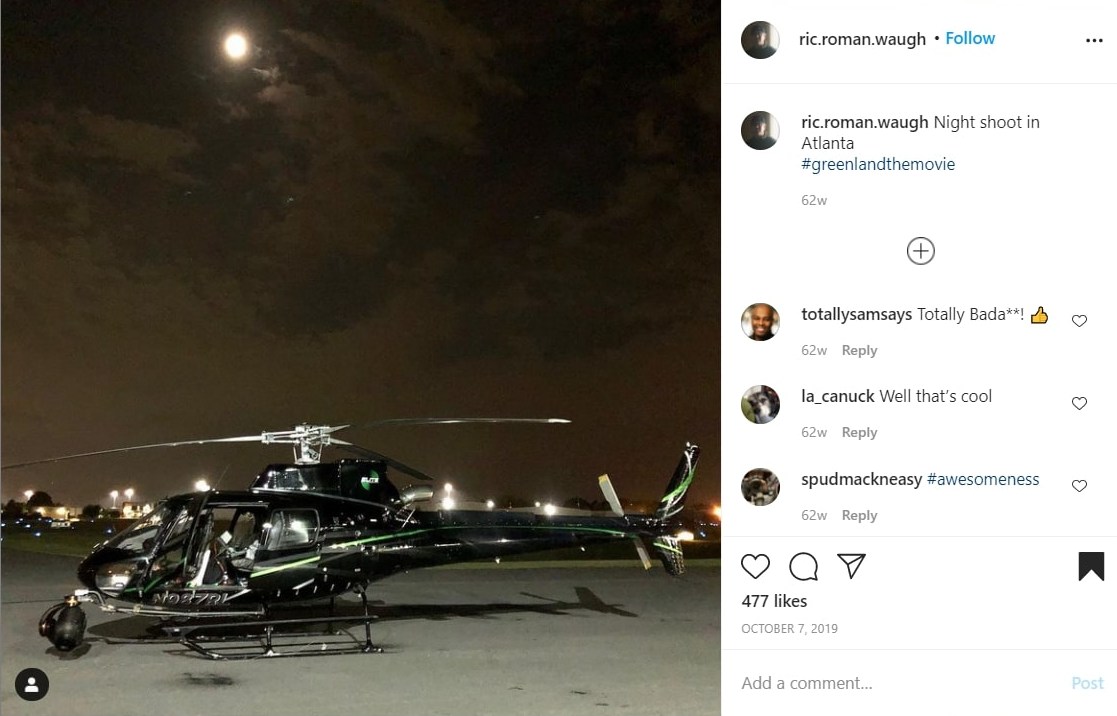 All of these shots were all-nighters. The location also appears in Clint Eastwood’s ’15:17 to Paris’. The film was primarily shot around metro Atlanta, including Conyers and Marietta, which were mostly night shoots. The production crew was spotted in Marietta (West Cobb) near Dallas Highway. Basecamp signs with the code name ‘GLD’ which stood for ‘Greenland’ were spotted by North Metro Church and Mt. Calvary Church.

Several scenes in the latter half of ‘Greenland’ were shot in Upstate New York. Scenes involving fireballs descending from the sky blasting their way into destruction, shattered cars, and a helicopter sequence with Gerard Butler (John) driving to an underpass were filmed in New York. Other filming locations in the US include Chicago, Illinois, and Central Florida, where the comet initially strikes.

The filming location switched to Toronto, Ontario, based on the plot of the second half of the movie. This dynamic metropolis of soaring skyscrapers seems like a perfect backdrop against a cataclysmic natural disaster.

Iceland also served as a filming site for this disaster film. Huge chunks of melting icebergs, dramatic snowstorms, the midnight sun, and the northern lights flickering across a starry sky are probably the main reasons why the country is gaining popularity in the film industry. 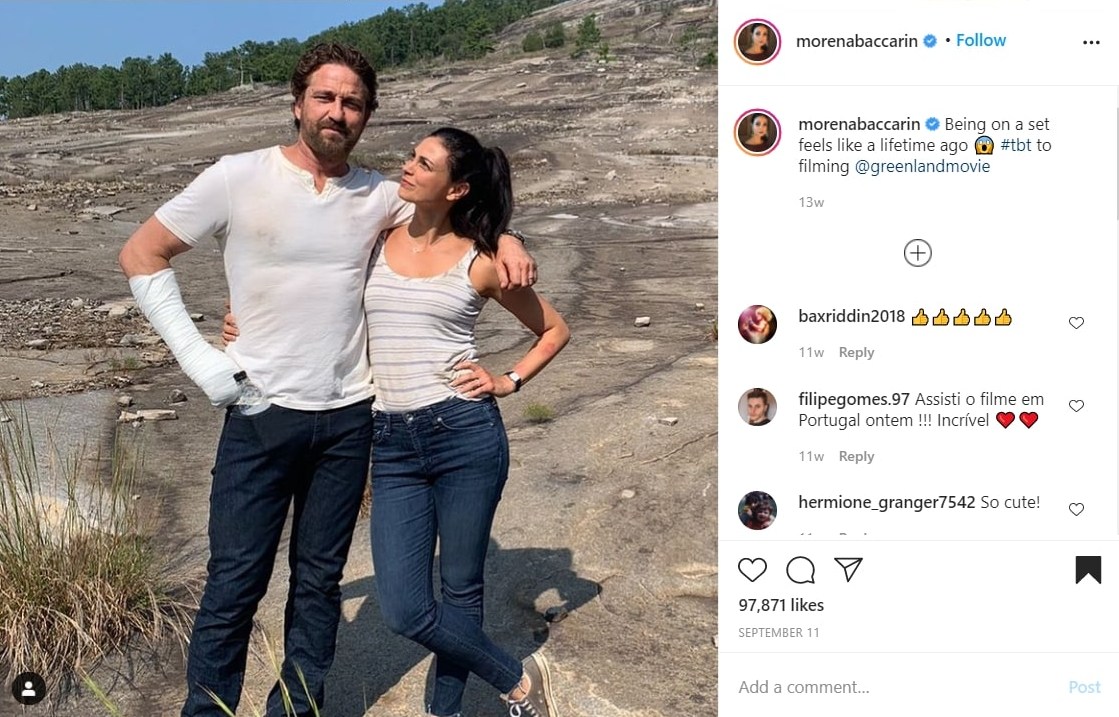 The closing sequence was filmed in the majestic wilderness of Iceland under Icelandic film and TV production service company, Truenorth. The locations are breathtakingly beautiful, and the country as a whole also has a more developed base of film crews. 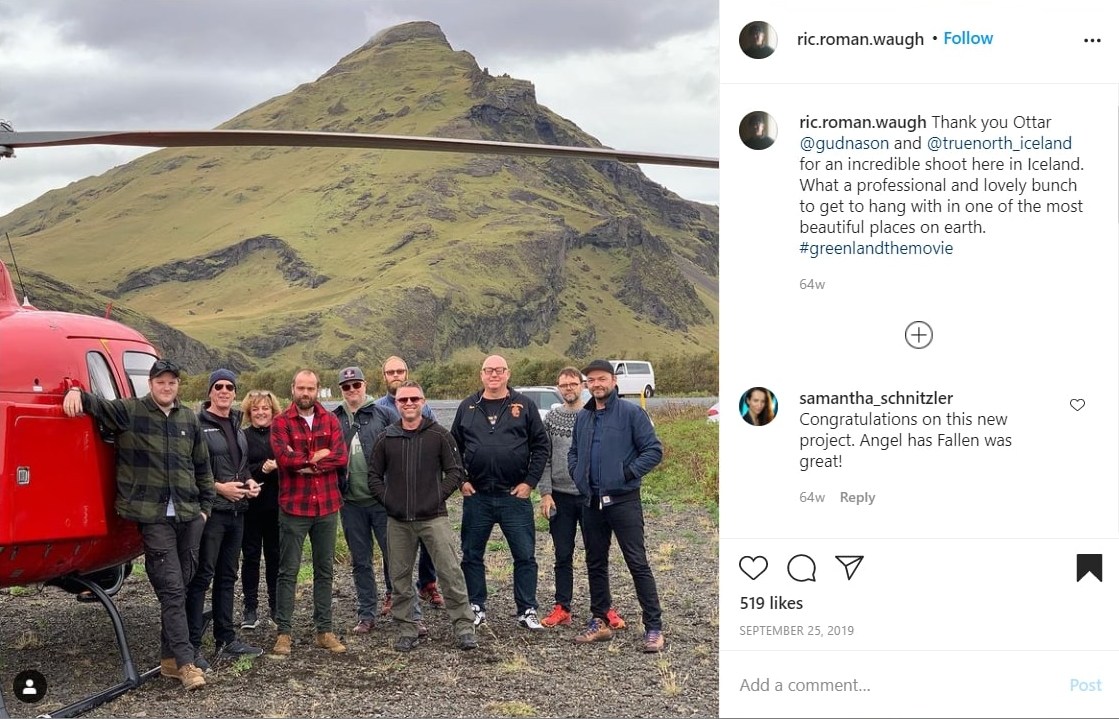