Where Was Hallmark’s A Holiday Spectacular Filmed? Who is in the Cast? 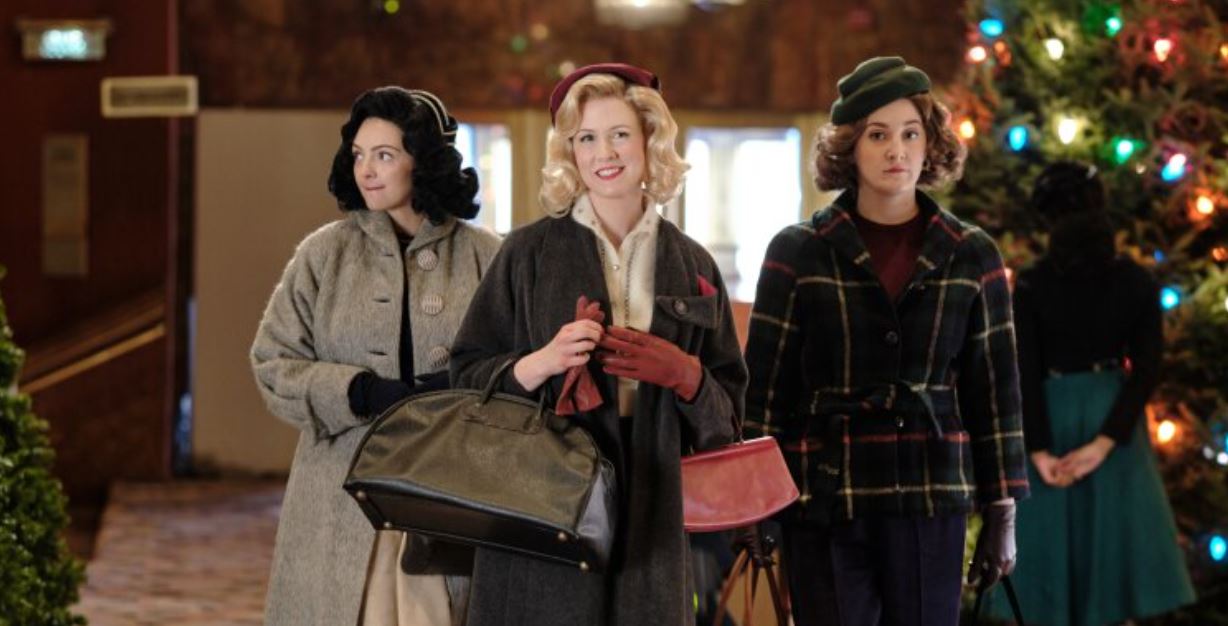 Directed by John Putch, Hallmark’s ‘A Holiday Spectacular’ is a romantic drama film set in 1958 that follows the story of Maggie, a Philadelphia heiress who sets on a journey of self-discovery in New York City where her dream to dance live on stage becomes true. Putting her societal-imposed wedding plans on hold, Maggie sneaks up to New York City and lives her life on her terms while performing live on stage in the Christmas Spectacular at Radio City Music Hall.

The heartfelt and feel-good movie continues the trend of Hallmark’s traditional Christmas-themed comedies that bring the holiday spirit into your living rooms. The beautiful locations elevate the Christmas spirit of the movie. Therefore, viewers must be curious to know where ‘A Holiday Spectacular’ was shot and learn more about the spectacular actors in the film. In that case, we have gathered everything you need to know!

Set in 1958, New York City, ‘A Holiday Spectacular’ was filmed entirely in the Hudson Valley region in New York State, especially in New York City, Newburgh Garrison, Kingston, Beacon, Albany, and Staatsburg. Principal photography began in January 2022 and likely wrapped in about a month in late February or March of the same year. As per reports, the film was titled ‘A Christmas Spectacular’ during the production process. By choosing to shoot the film on location, the production unit gives the viewers an immersive experience and adds authenticity to the narrative. Let’s find out more about the specific sites!

A few of the scenes of the film were shot in and around New York City, displaying the authentic city life vibe of the location. The film features the entertainment theatre and venue of the Radio City Music Hall, which is the headquarters for the Rockettes, the dream dance company Maggie joins. Known as the ‘Showplace of the Nation,’ Radio City Music Hall is situated at 1260 Avenue of the Americas, within the Rockefeller Center, in the Midtown Manhattan neighborhood.

The Eveready Diner at Hyde Park, NY was also used for filming a few scenes of the movie. Themed as a retro diner, the location was perfect for the film set in the 1950s. Filming at this location began on February 15, 2022.

The scene in the film, ‘A Holiday Spectacular’ featuring the former Karpeles Manuscript Library was shot in the city of Newburgh. The most extensive private collection of significant original manuscript papers is housed in the Karpeles Library. It is located at 94 Broadway. The archives include a variety of subjects, including literature, science, religion, political history, and art.

Some of the priceless archives include the United States Bill of Rights’ original draft, The original manuscript of The Wedding March’s music sheet, Einstein’s famous equation E=Mc2, the Thanksgiving Proclamation signed by George Hanson, the first President to preside over the United States under the Articles of Confederation, Roget’s Thesaurus, Webster’s Dictionary, and over a million other pieces.

The Umbra Studios in Newburgh were used to film various indoor scenes. The studio has been used by different productions over the years for filming movies specifically set in New York. The studio has cutting-edge location features with a 16,000 square foot soundproofed, fully gridded soundstage, a second 10,000 square foot soundproofed, fully gridded stage, a fully stocked scenic shop, a pre-lit chroma key cyclorama, and even equipped offices and conference rooms. Apart from ‘A Holiday Spectacular’ other productions include ‘I Know This Much Is True,’ ‘Slapface,’ and ‘Trick (II).’

A few of the scenes of the film were shot in the cities of Kingston in the Mid-Hudson valley region. Ulster Performing Arts Center in Kingston was used in the film to capture the vintage 1950s aesthetic. The Ulster Performing Arts Center (UPAC) at 601 Broadway is originally known as the Broadway Theater and Community Theatre. It is one of only three pre-World War II theaters still standing in the Hudson Valley and the only one from that era in the city. It was constructed as a Classical Revival structure in 1926.

Garrison served as one of the filming locations for the rom-com movie. Specifically, the Samuel Sloan estate property was used for few scenes. The Sloan Estate, also known as the Oulagisket or Lisburne Grange, is a historic estate in Garrison that was built in the 19th century. The main house is a two-and-a-half-story stuccoed masonry structure decorated in Italianate design. The mansion was constructed by Samuel Sloan and his wife, Margaret Elmendorf Sloan, as their vacation home.

The Hallmark film set in the 1950s has used Defazio’s Imports at 264 4th St, Troy, as an Italian market in New York City. The store had been used for filming on February 2, 2022. Defazio’s Imports is famous for its supreme authentic homemade Italian dishes and sauces. Matthew DeFazio, whose family owns the store commented about the filming of ‘A Holiday Spectacular.’  He said, “They’re doing a movie about the Rockettes, and they needed an Italian market. I think there may be a scene of people outside and walking into the store, and maybe a scene or two inside.”

Few of the scenes of the film were shot across Dutchess County in Beacon, Poughkeepsie, and Staatsburg. Filming of the 1950s set film in Beacon was pretty much expected. Given that since the first version of a ‘Christmas Spectacular’ performance by the Rockettes, it has become a tradition in New York for any version of ‘Christmas Spectacular’ to be performed at the Beacon theatre. Hence, the film, ‘A Holiday Spectacular’ in a way upholds the tradition as it is a film version of the performance by the Rockettes, a dance group the protagonist dreamt to be a part of. Other scenes of the film had been shot around Poughkeepsie and Staatsburg that captured the essence of the retro holiday vibe.

Ginna Clair Mason essays the role of Maggie in the Hallmark movie. She may seem like a familiar face to many of you as she features in the Broadway stage play, ‘Wicked’ and has also done movies such as ‘Broadway Rising.’ Other cast members who play pivotal roles in the Hallmark film are Carolyn McCormick (Elisabeth Bingham), Derek Klena (John), Byron Jennings (Grant Bingham), Tiffany Denise Hobbs (Alice), Elle Graper (Lucy), Larissa Schmitz (Janet), Sinem Gulturk (Ava), and Dylan S. Wallach (Ben).

Read More: Where Was Hallmark’s Our Italian Christmas Memories Filmed? Who is in the Cast?