Where Was Hallmark’s Our Italian Christmas Memories Filmed? Who is in the Cast? 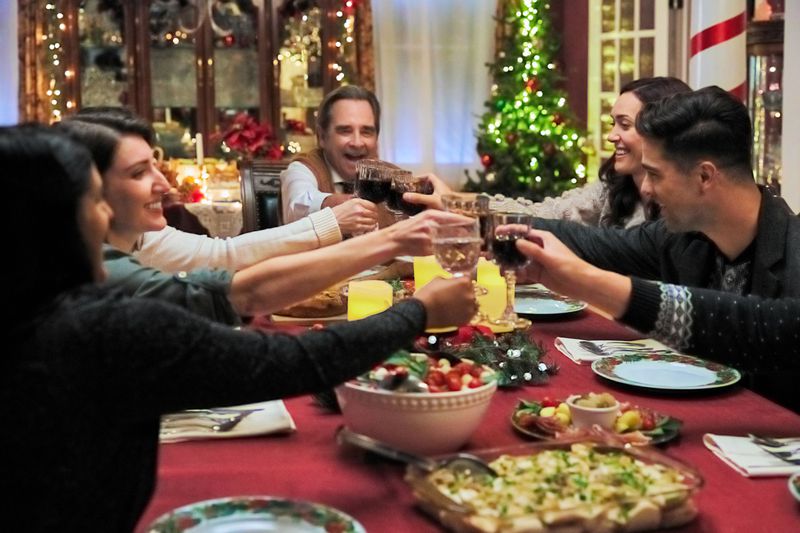 Directed by Catherine Cyran, Hallmark’s ‘Our Italian Christmas Memories’ is a romantic comedy movie that revolves around the Colucci siblings who attempt to replicate the famous spaghetti sauce made by their late grandma in an effort to help their grandfather remember things, who is suffering from dementia.

However, while she strives to recreate the sauce, she grows closer to her grandfather’s doctor, Greg and a romantic connection begins.  Anna discovers the key to a great holiday when she permits her siblings to assist her in her quest to perfect the sauce for Christmas. Despite their disagreements and previous issues, the three of them come together to recreate grandma’s famous pasta sauce.

The heartwarming and sweet story is ideal for watching this Christmas season. The Hallmark romance keeps viewers interested from start to finish with its themes of Christmas, pursuing one’s passion, and blossoming romance. Aside from that, ‘Our Italian Christmas Memories’ setting of the Holiday season against some interesting settings such is sure to make you ponder where it was shot. Curious to know where the film was shot? Well, we have got you covered!

‘Our Italian Christmas Memories’ was filmed entirely in British Columbia, specifically in Metro Vancouver. The principal photography for the rom-com film commenced in August 2022 and wrapped up within a month or so, in September of the same year. Let’s not waste any time and traverse all the specific sites that appear in the Hallmark movie!

A majority of the pivotal sequences of ‘Our Italian Christmas Memories’ were lensed in Metro Vancouver, the metropolitan area with the city of Vancouver being its major urban center. In particular, during the filming schedule, the cast and crew members were spotted taping several key scenes in Langley City, including in and around Evolution Pilates & Yoga Studio at 20457 Fraser Highway in Langley.

Over the years, the metropolitan area has served as a pivotal production location for different kinds of filming projects. Apart from ‘Our Italian Christmas Memories,’ movies and TV shows like ‘Lou,’ ‘Scary Movie,’ ‘The Mysterious Benedict Society,’ and ‘Once Upon a Time‘ have utilized the locales of Metro Vancouver.

In addition to several other actors playing significant roles, the film stars Sarah Power and Beau Bridges in the key roles. Anna Coluccia is portrayed by Sarah Power in the film. Power appears charming as she speaks with her grandfather’s doctor. The star has made appearances in a number of movies and television programs, including ‘Saw V’, ‘Californication’, ‘American Gothic’, ‘Good Witch‘, ‘Killjoys’, ‘Schitt’s Creek’, and many more. In the movie, Beau Bridges portrays Vincent Coluccia, the grandpa of the Coluccia brothers.  Bridges is shown as the loving grandfather who is suffering from dementia. Other notable appearances by Bridges include those in ‘Desperate Housewives’, ‘Will & Grace’, ‘The Descendants’, ‘The Tale of Princess Kaguya’, ‘Goliath’, and several other films. In the film, Dr. Greg is portrayed by actor Markian Tarasiuk, with whom Anna, the female lead falls in love on her quest to recreate her grandma’s pasta sauce. Tarasiuk’s other film roles include, ‘iZombie’, ‘Supernatural’, ‘The Magicians’, ‘There’s Someone Inside Your House’, and others.