Where Was Hallmark’s All Saints Christmas Filmed? Who is in the Cast? 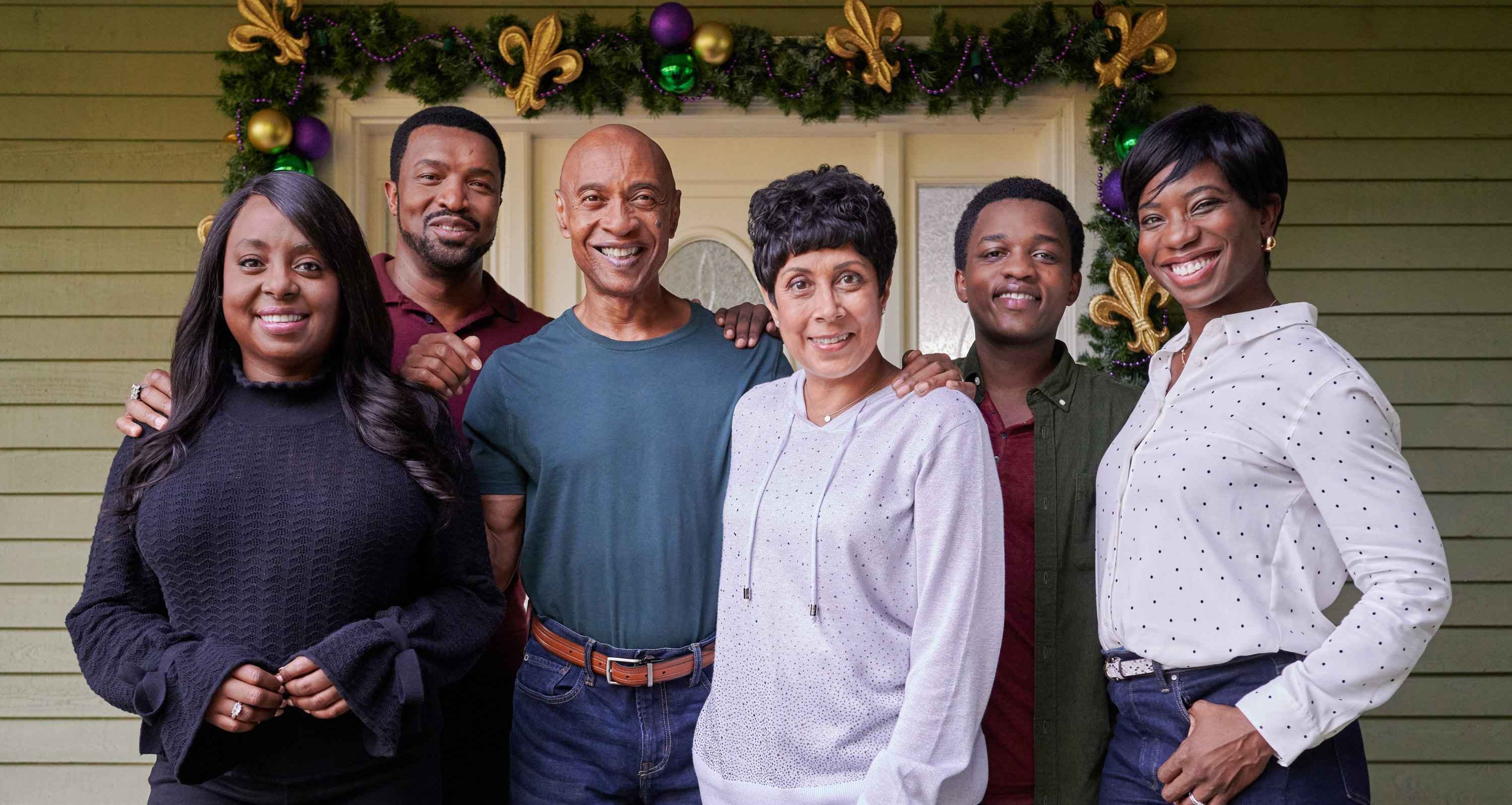 Hallmark’s ‘All Saints Christmas’ is a romantic movie set against the backdrop of the holiday season. Directed by Troy Scott, it revolves around Lisette, an award-winning singer planning to meet her family for Christmas in New Orleans, where she bumps into Matthew, her ex. When he goes on the knee to pick up a fallen ring from the ground and give it to the woman it belongs to, he learns that the woman is none other than his former partner. The press mistakes this as an engagement announcement, and Lisette and Matthew are thus forced to pose as an engaged couple in front of her family.

The Hallmark movie is a light-hearted rom-com that explores themes such as reconnection, familial bonds, nostalgia, and more. It brings out the holiday spirit through these tropes and celebrates emotions such as love and friendship. Moreover, the backdrop and the locations elevate these motifs and create a cheerful and exhilarating atmosphere, making one wonder where ‘All Saints Christmas’ was shot. If you have this question as well, then let us find out.

‘All Saints Christmas’ was filmed in British Columbia and Louisiana, mainly in Vancouver and New Orleans. The principal photography commenced on August 17, 2022, and wrapped up after fifteen days on September 15, 2022. British Columbia and Louisiana are famous for their thriving culture and upbeat pace of life, which lend themselves to the cheery and carnivalesque atmosphere of the holiday movie. Now, let us look at the specific locations that appear in the holiday romance!

‘All Saints Christmas’ was primarily lensed in Vancouver, in various locations across the city. Popularly known as Hollywood North, the city is a performing arts hub, naturally making it welcoming and festive. Besides this, Vancouver’s landscape is so marvelous that one can find mesmerizing mountains, water bodies, forests, and tall buildings in relatively closer proximity.

The facets mentioned above of the city set the mood for various scenes and reflect the characters’ emotions. Furthermore, the climate in Vancouver is pleasant for most of the year, which adds to the movie’s warm tone. Besides, the tax rebates offered by the government for filmmaking make the coastal metropolis one of the most studio-friendly locations in the industry. Other movies and TV shows taped in Vancouver include, ‘See,’ ‘The Good Doctor,’ ‘The Haunting of Hill House,’ ‘Doctor Strange in the Multiverse of Madness,’ and ‘Titanic.’

A brief portion of ‘All Saints Christmas’ was recorded in New Orleans. Since the city is home to Lisette in the movie, the production team decided to add a layer of authenticity by shooting a few scenes in the actual location itself. The historically rich neighborhood called French Quarter served as one of the primary filming spots for the movie. The neighborhood’s prominent nightlife and quaint streets likely served as a backdrop for various scenes to portray the character personas. In addition, the jazz clubs in the Vieux Carre seem to bring out the musician within Lisette.

The Crown Jewel of New Orleans is the perfect blend of vintage and contemporary cultures; the various antique stores, and restaurants, complement the modern boutiques. However, what truly makes the city an ideal holiday movie backdrop is how it celebrates annual festivals, especially Mardi Gras. Hence, New Orleans embodies the spirit of the festive season, which transcends into the narrative. A few movies and TV shows shot in the Big Easy include ‘American Horror Story,’ ‘The Winchesters,’ ‘True Detective,’ ‘Black Bird,’ ‘Django Unchained,’ and ‘Logan.’

Jazz singer Ledisi plays Lisette in ‘All Saints Christmas.’ You may know the musician from her acting performances in movies such as ‘Selma,’ and ‘Leave It on the Floor.’ On the other hand, Roger Cross essays the role of Matthew, Lisette’s ex-boyfriend. You can see Cross in shows such as ‘Just Cause,’ and ’24.’

Read More: Where Was Hallmark’s Lights, Camera, Christmas! Filmed? Who is in the Cast?