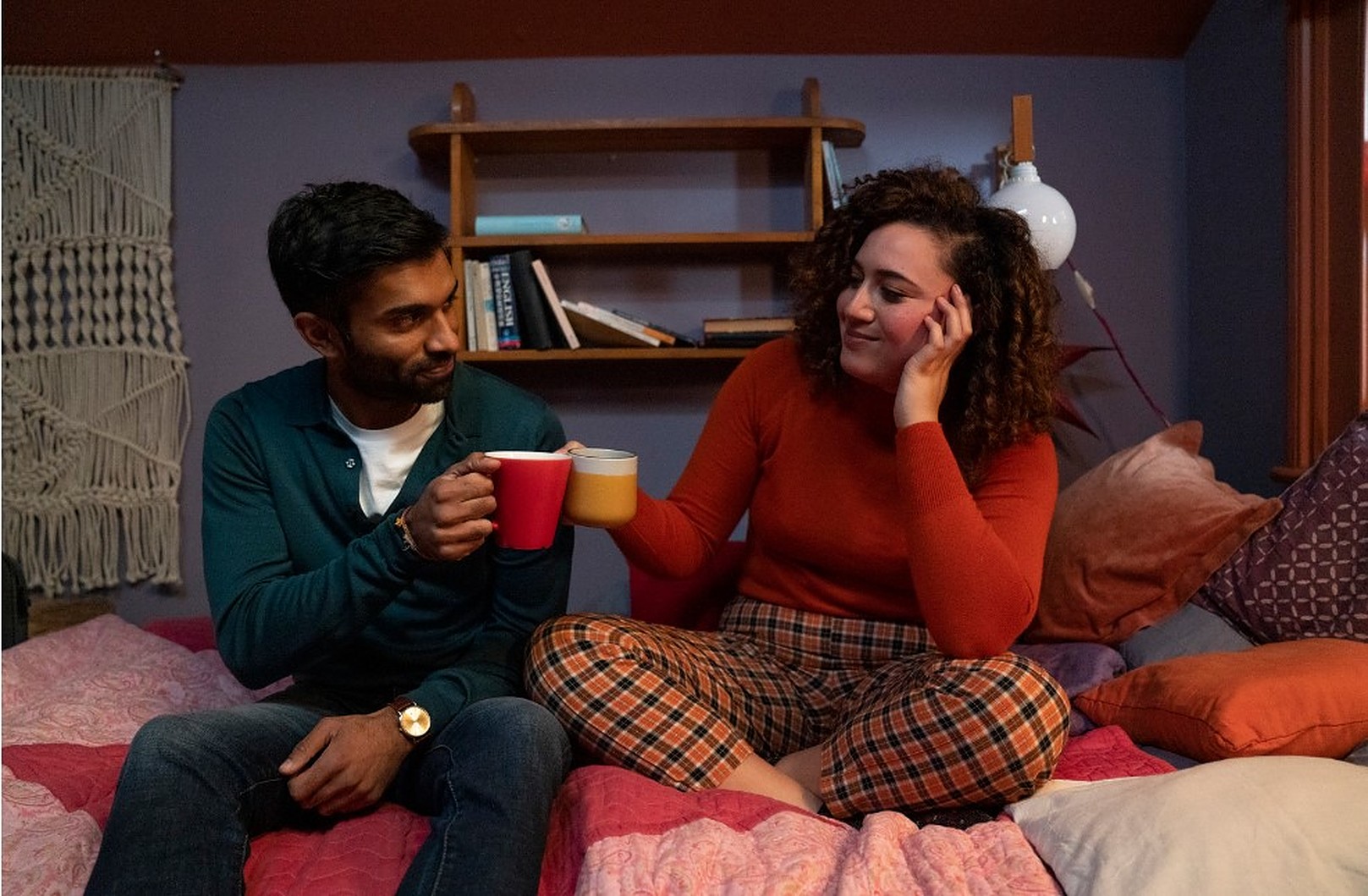 There have been quite a few iconic romance shows in the past decades. Some of the shows released in the 2020s and 2010s compete with the classics, while some of these shows become teen subculture phenomena. If you are looking for the best romantic shows on HBO Max, we have a list of thirteen titles bound to bring alive the fluttering butterflies in your stomach. You can watch all of these shows on HBO Max. 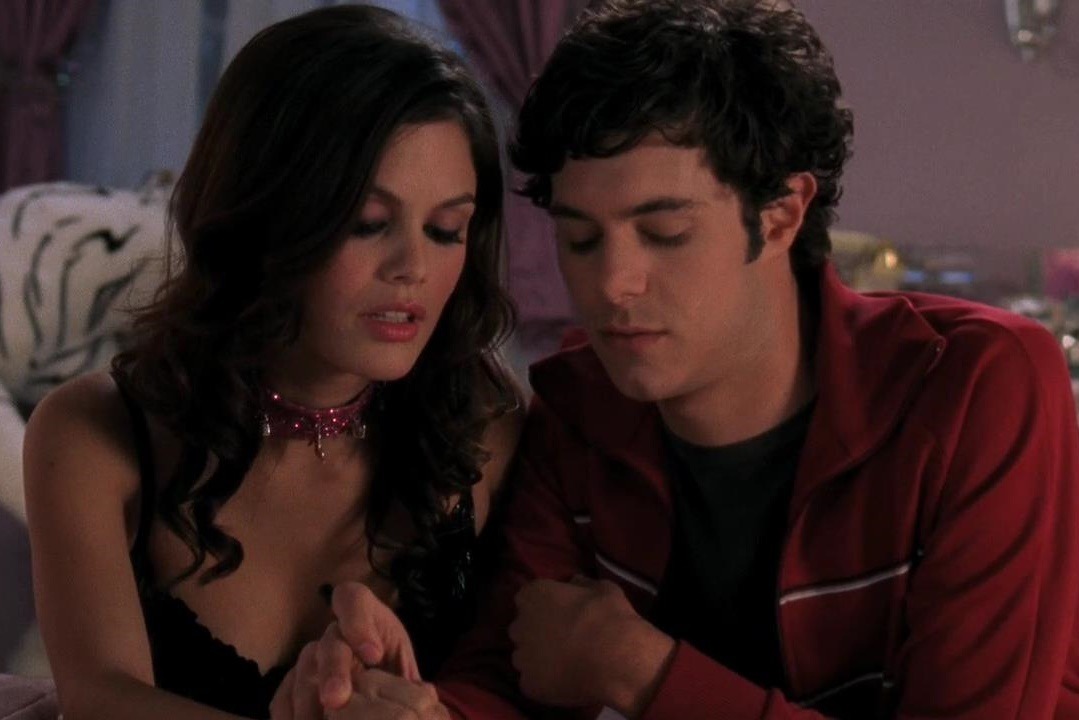 Josh Schwartz created the teen drama series ‘The O.C.,’ which follows Ryan Atwood, who escapes jail time to get involved with the wealthy community of Orange County. There lies a world of intrigues as he begins staying with the Cohens. While championing the characters and the locations, the series also showcases complicated friendships and romantic relationships. If you are looking for a series filled with highs and lows of emotions, this is a show you must add to your watch list. 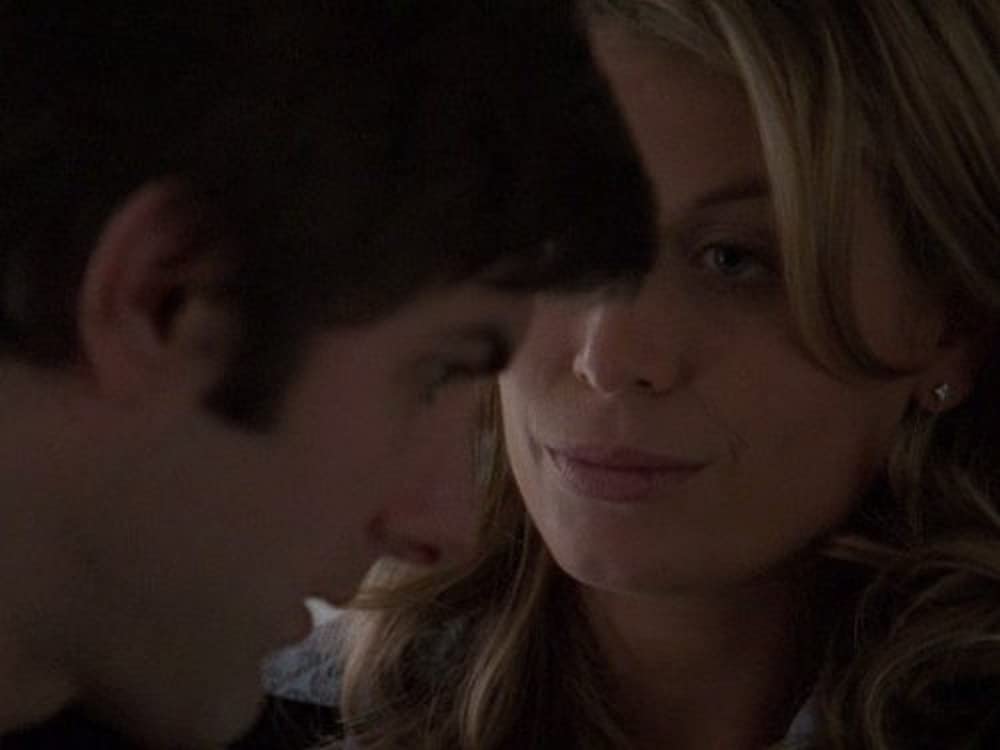 Created by Cynthia Mort, HBO’s original drama series ‘Tell Me You Love Me’ revolves around three couples, Jamie and Hugo, Katie and David, and Carolyn and Palek. These pairs have difficulties in their lives, and their relationships seem to lack some elements. Hence, they seek help from therapist May Foster, but even she has her problems. The moral of the story is perhaps that all relationships face hurdles, but you can overcome them with the right mindset. If you are in a tumultuous relationship and looking for a relatable show, this is a short yet sweet series you may add to your repository. 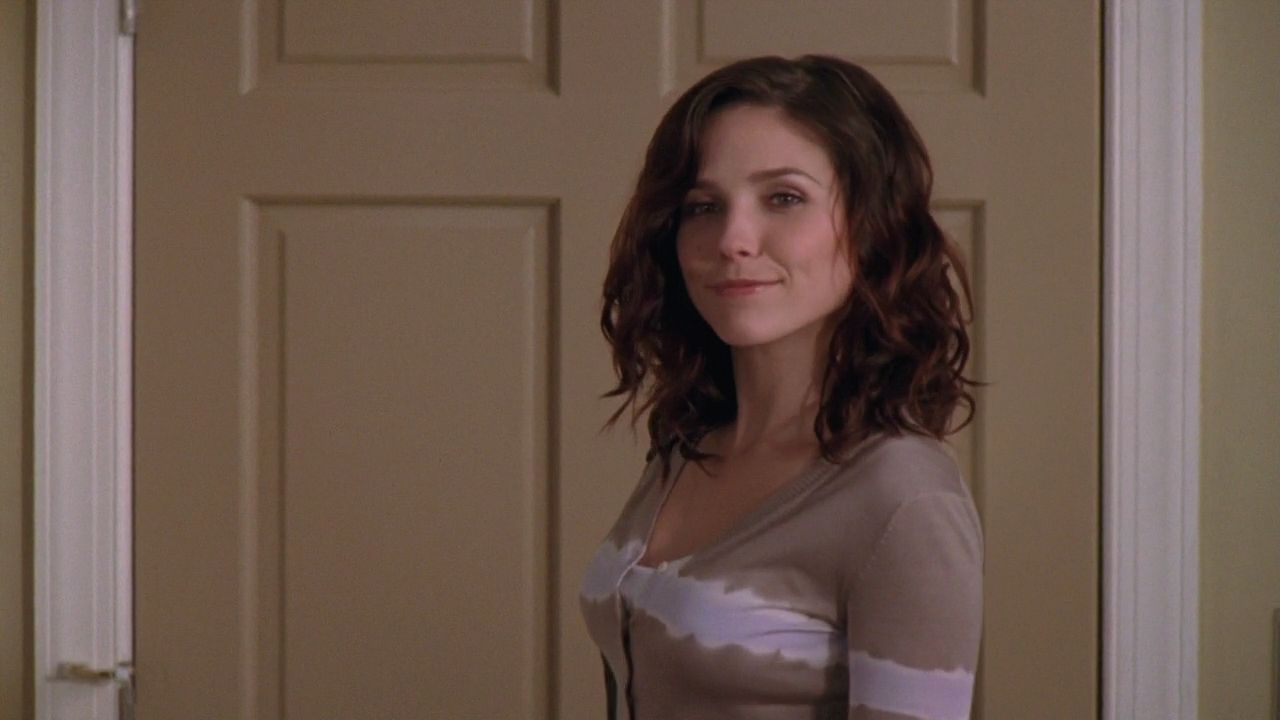 Created by Mark Schwahn, ‘One Tree Hill‘ is a young adult drama series with a lot of heat and passion. The premise leads the viewers into the small-town community of Tree Hill, chronicling the equation between step-brothers Nathan and Lucas and their obsession with basketball. Apart from brotherly love, the series follows a few intense romances; some lead to marriages and some to heartbreak. If you are looking for an enduring and endearing show full of emotions running high, this series will immerse you in its world. 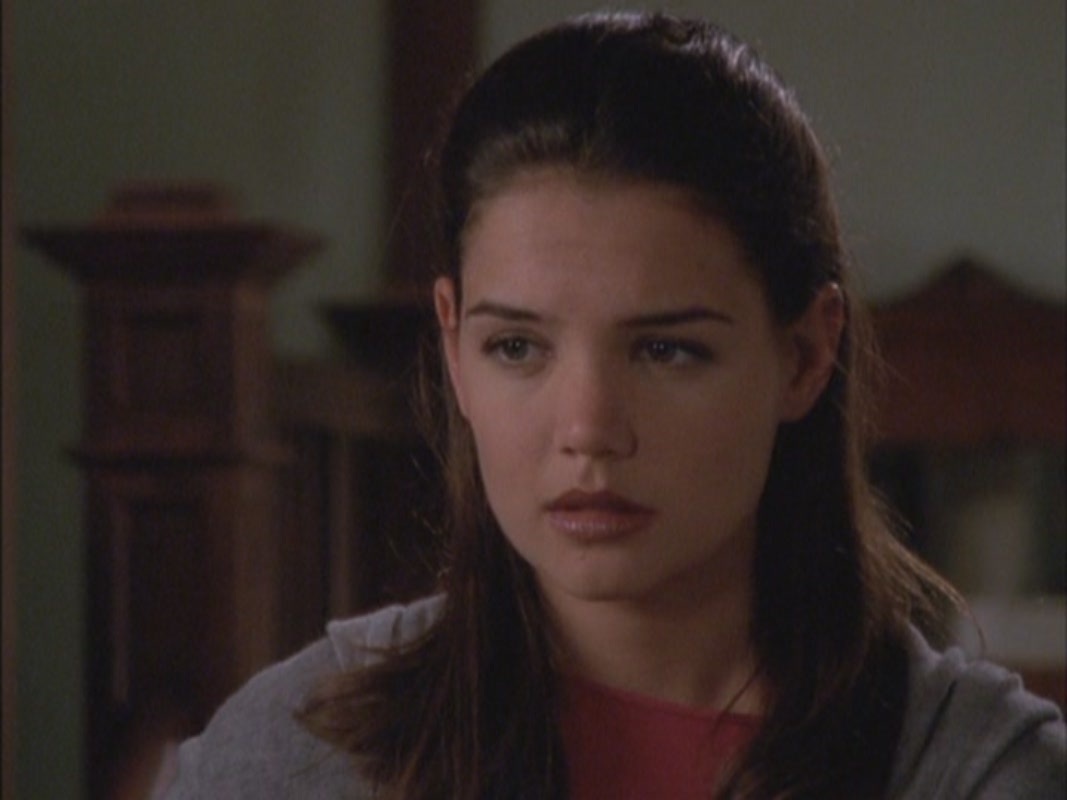 Kevin Williamson envisioned the iconic teen romance-drama television series ‘Dawson’s Creek,’ which follows childhood best friends Dawson and Joey as they get through the stages of adolescence together in the backdrop of a small town. The two eventually embark upon romantic liaisons, which make things difficult for their friendship. While steering away from generic teen dramas, the bold series explores themes like adultery, sexual identity, and mental health issues. If you are looking for a coming-of-age series sprinkled with romance and a lot of drama, this is one you should take note of. 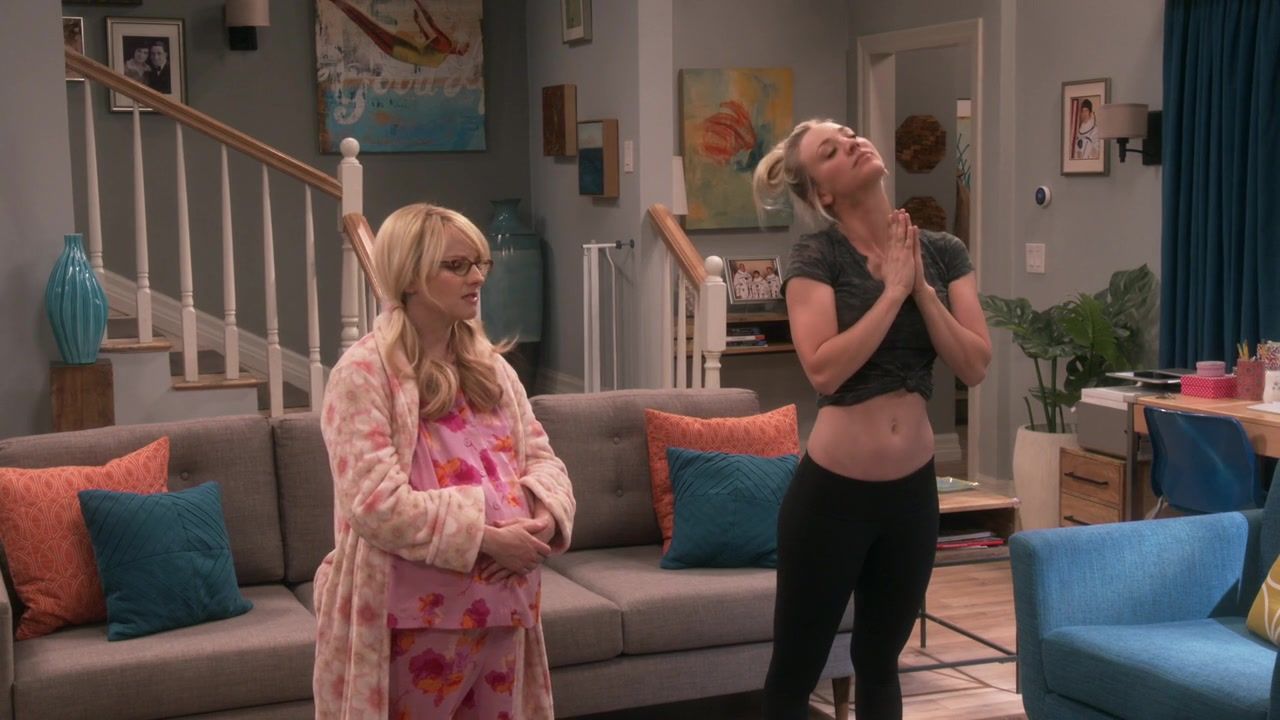 Chuck Lorre and Bill Prady teamed to create the goofball ambiance of the famous sitcom ‘The Big Bang Theory.’ Leonard and Sheldon are two socially awkward friends sharing an apartment, and the lift is defunct for the show’s duration. There is not much excitement in their or their friends Howard and Raj’s lives, apart from when they meet Penny, a beautiful aspiring actress from next door. Leonard gets himself a lightsaber and lands an affair with her, while the other friends also get girlfriends in due time. If you relate to nerds and are single, this is a show that will make you see the silver lining. 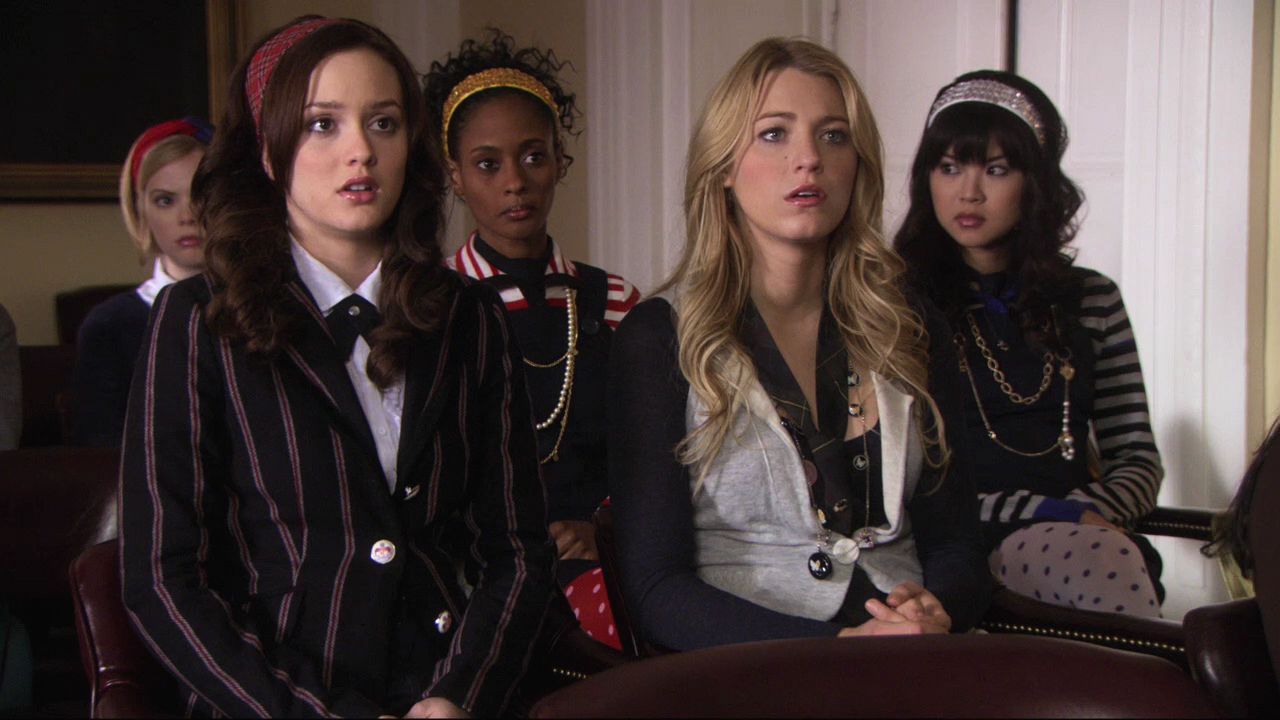 Developed by Josh Schwartz and Stephanie Savage and based on the eponymous novel series by Cecily von Ziegesar, ‘Gossip Girl‘ is an iconic teen drama television series. Blair Waldorf is having a breeze of life at an elite private school, and her life seems picture perfect. However, the seemingly ideal facade starts showing dents as her ex-best friend, Serena, enters the same school and threatens to expose her secrets. From Blair And Chuck to Nate And Vanessa, Jane Austen-style contrasting relationships remain to keep the fans rooting. If you are looking for a show with happy conjectures and twisted affairs, here is a pop culture phenomenon for your consideration. 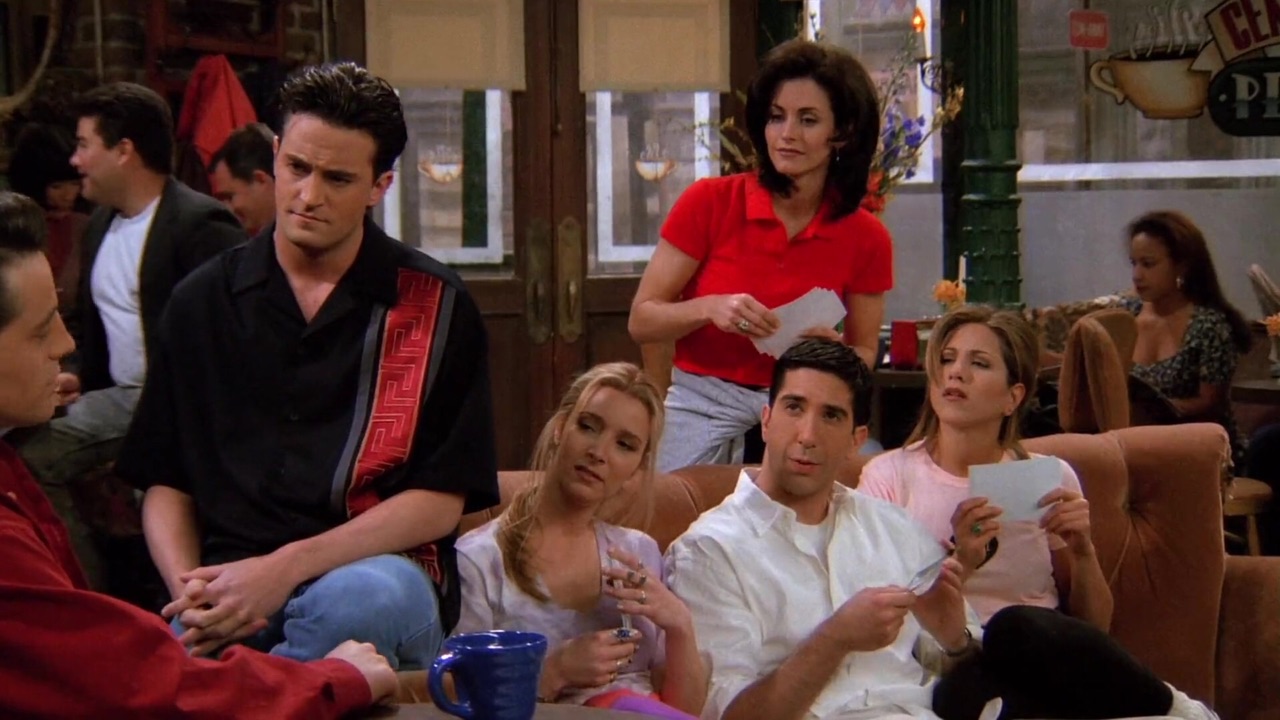 David Crane and Marta Kauffman reared the iconic situational comedy series ‘Friends.’ After the opening song by The Rembrandts, the episodes open in the neighboring apartments of Monica and Chandler. They, along with Monica’s brother Ross, her roommate Rachel, Chandler’s roommate Joey, and oddball outsider Phoebe, form a rock-solid friend circle. As they live on the fast lane in a busy Manhattan neighborhood, magical chemistry is created. If you are looking for a show that chronicles love, friendship, and everything in between, this is the series you should head to. 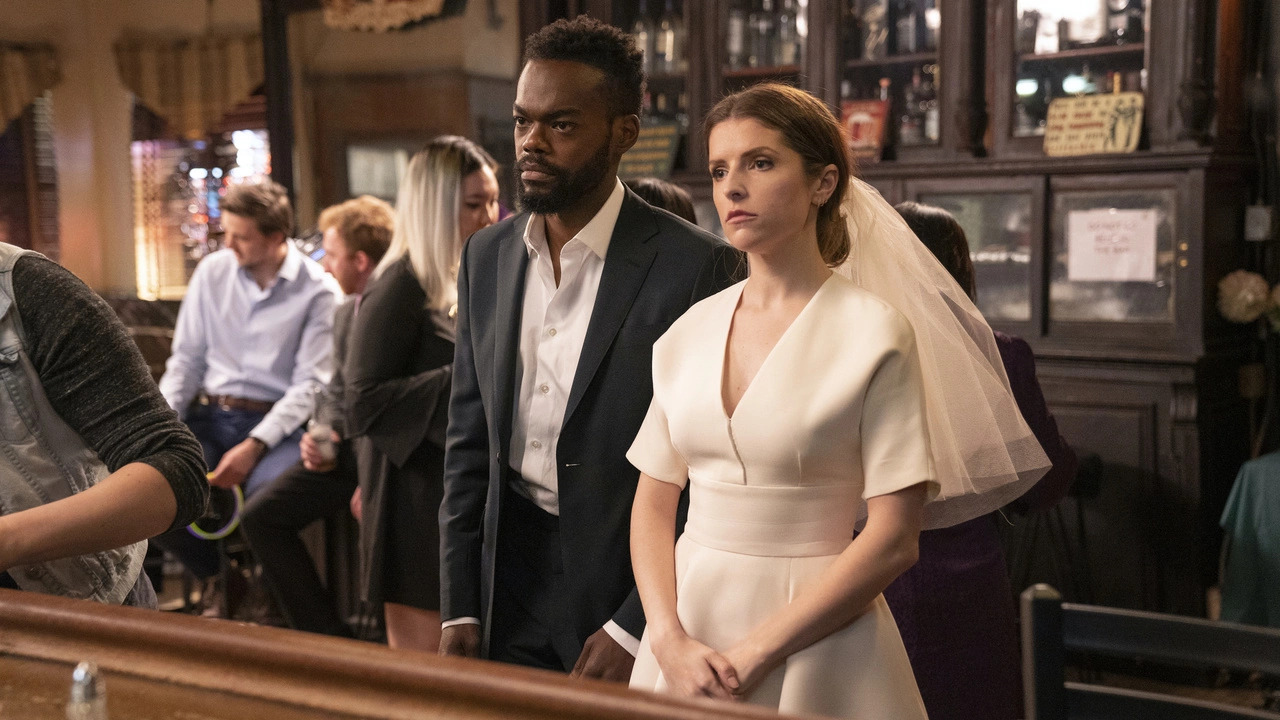 Sam Boyd created the romantic comedy anthology series ‘Love Life‘ for HBO Max. The original and refreshing series follows Anna Kendrick as Darby, a woman ever so clueless and looking to wrestle through the tragicomedy of life. The episodes follow Darby on her dating spree while making the audience believe in love’s power. If you seek something warm, endearing, and full of heart, here is a show that may reinstate your faith in romance. 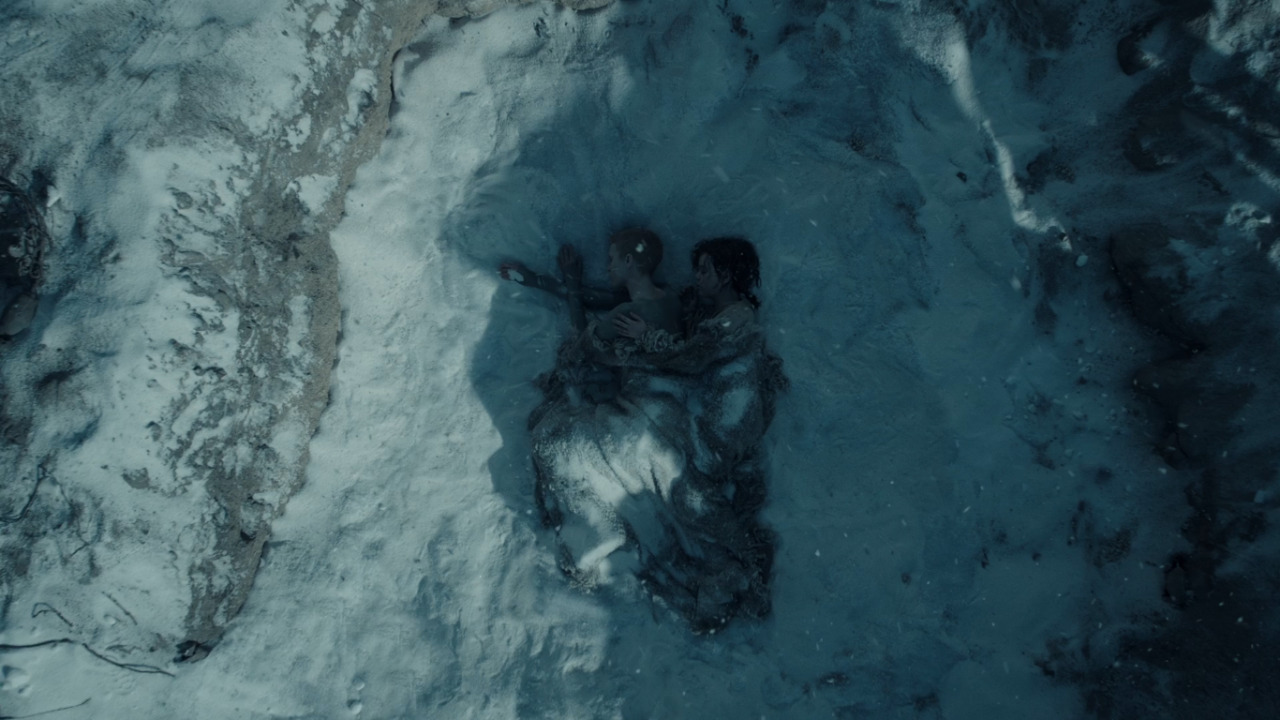 HBO Max is known for its high-quality original content, and Aaron Guzikowski’s sci-fi drama ‘Raised by Wolves‘ adds another feather to the streamer’s cap. The narrative transports the viewers to a vision of the future where humans have destroyed planet earth. A capsule reaches a mysterious colony, and two androids raise a human child on their own; however, they soon learn that controlling the human belief system is a daunting and dangerous endeavor. With a brooding, atmospheric visual approach, and an adequately cerebral score, the series shows that love is one of the most innate emotions. 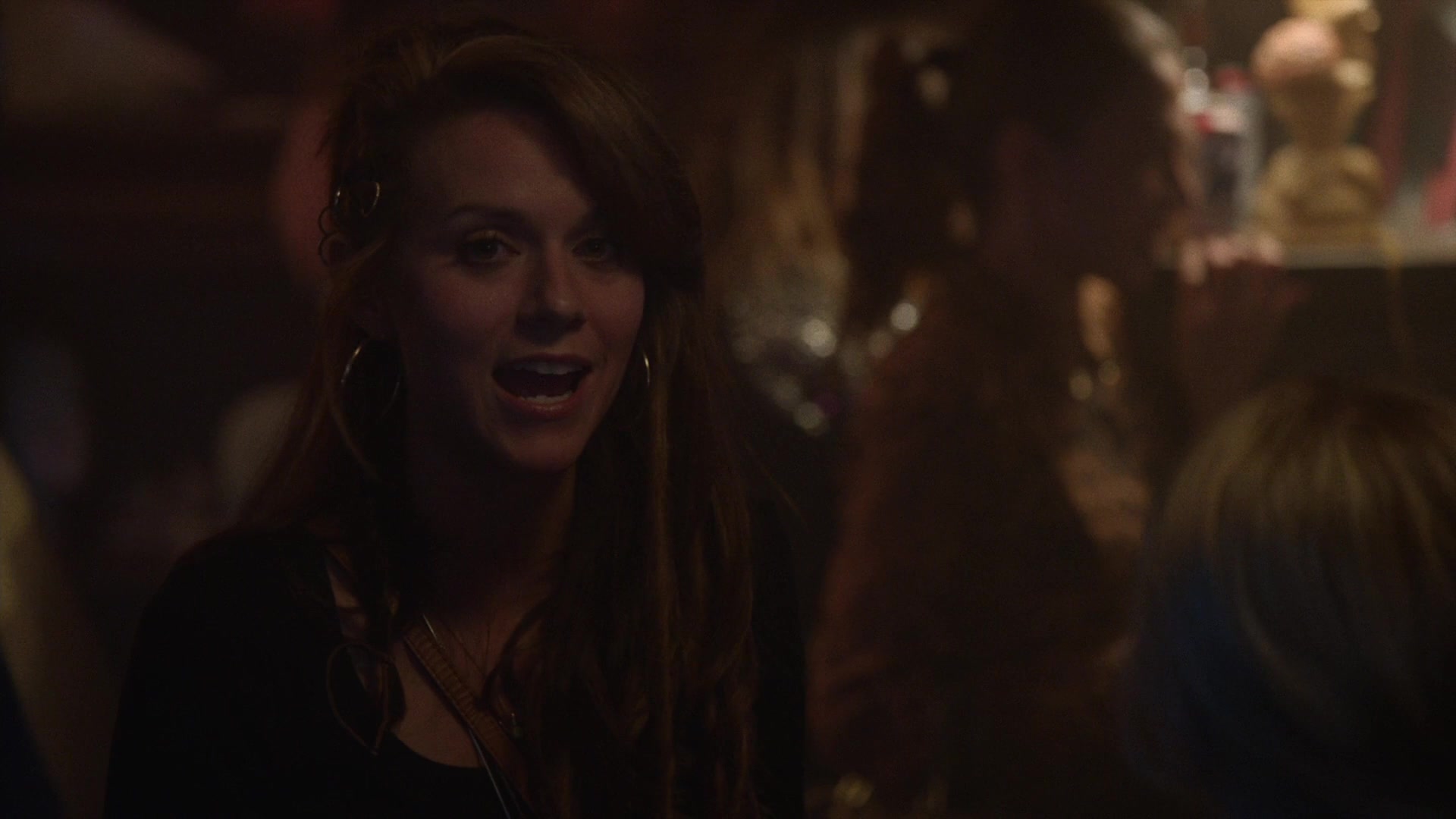 Mark Duplass, Jay Duplass, and Steve Zissis teamed up to create ‘Togetherness,’ a show that aims to develop bittersweet chemistry among its grey characters. Brett, Michelle, Tina, and Alex are four protagonists reaching their forties; while Michelle and Brett’s marriage is facing some issues, her sister Tina lives on the edge. Championing its quirky and dynamic characters, the series questions the meaning of life, romance, and relationships. If you want a bitter comedy about love in life (or the lack thereof), this is a show where you should put your money. 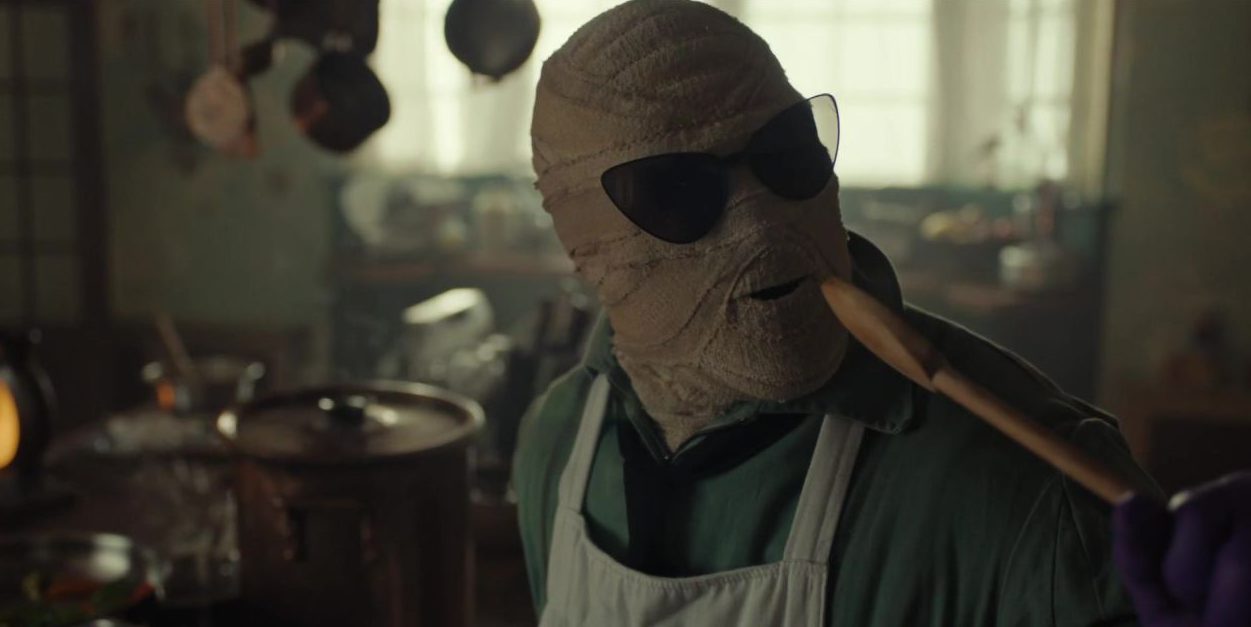 Superhero comedy-drama series ‘Doom Patrol’ is hands-down one of the best D.C. universe shows. Created by Jeremy Carver, it follows the titular superhero league with crushed and broken superheroes who suffered accidents that gave them scars and superpowers. With the combined powers of Cyborg, Robotman, Crazy Jane, Elasti-Girl, and Negative Man, the series is a boastful treat for your eyes. Although the heroes do not get along immediately, they become more than family on their quest to find The Chief. If you seek a series with a compassionate look toward broken people, this is a series with lots of love and empathy. 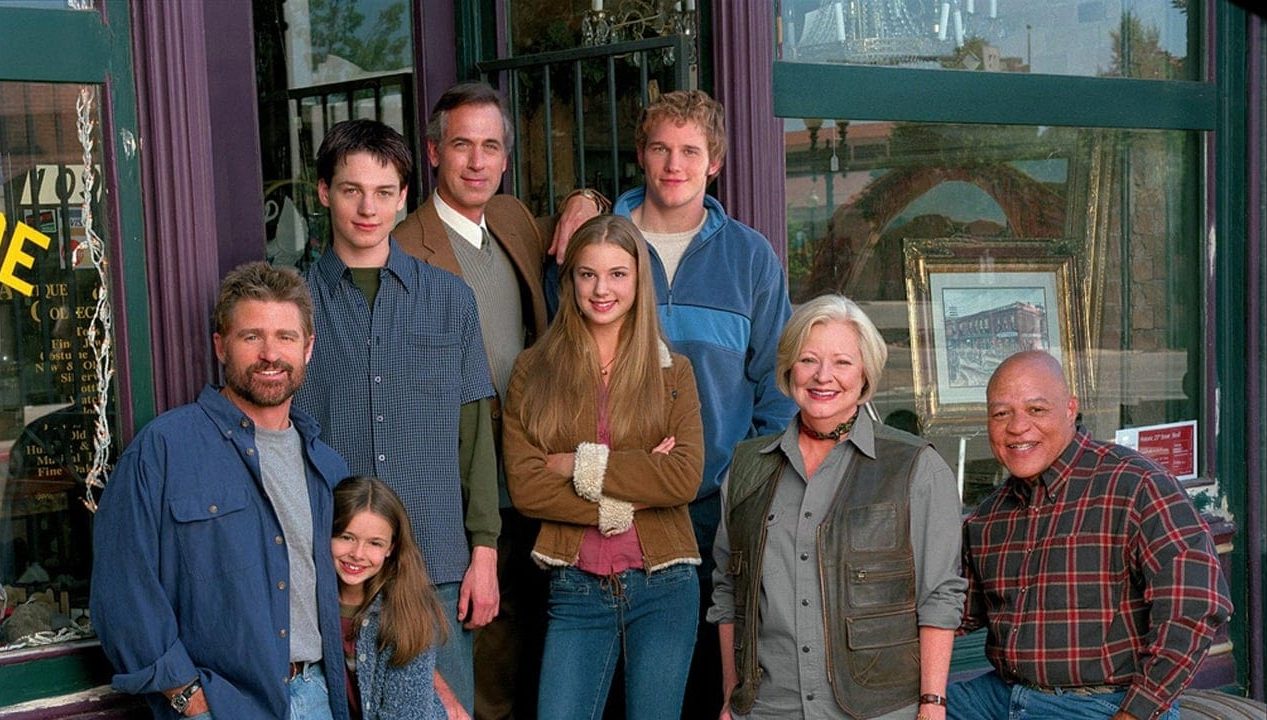 Created by Greg Berlanti, ‘Everwood’ is a glorious drama television series with fun characters, little twists, and a charming ambiance. Widowed brain surgeon Andrew moves to the titular small township of Everwood with his children from the urban jungle of Manhattan. He hopes to get some peace of mind and evoke a community feeling in his children, and the locals integrate him as one of their own. If you are fascinated by love and its myriad expressions, this is a show you should binge on.

Rose Matafeo created the fun, upbeat, and escapist comedy series ‘Starstruck.’ East London millennial Jessie struggles with two dead-end jobs to pay the rent of her overpriced apartment, which she shares with her best friend, Kate. Life is full of misery as it is, and along comes Tom Kapoor, a famous actor. His perfect delivery of her favorite James Bond quote leads to nocturnal revelry, but she has no idea of Tom’s real identity until later. The world conspires to bring them together, as they say. If you are looking for a series that would lend you some spark to revive your dating game, this is a gem of a show you should devour.