Where was Letters to Juliet Filmed? 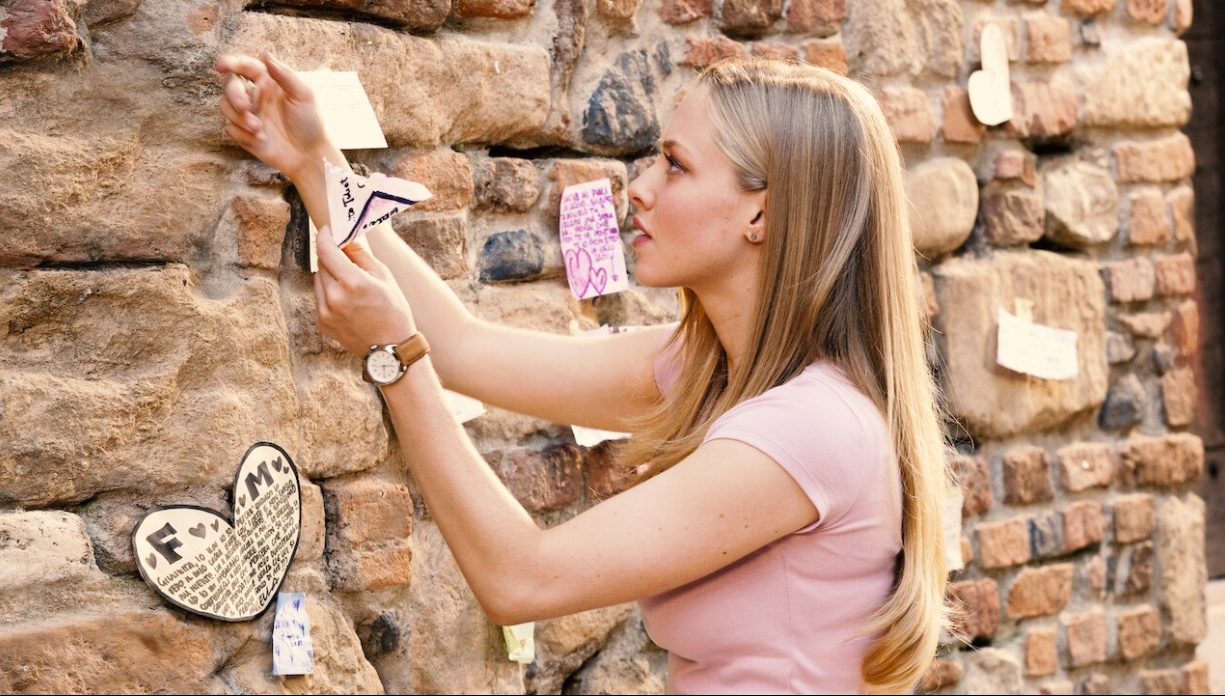 ‘Letters to Juliet’ is a romantic comedy film that follows Sophie’s adventures as she attempts to help an acquaintance reunite with a long-lost love. The search takes them through arguably some of the most romantic spots imaginable, and in the end, it is the film’s dreamy setting that results in Sophie getting struck by cupid’s arrow herself. The Amanda Seyfried-starrer is inspired by Lise Friedman and Ceil Friedman’s 2006 non-fiction book Letters to Juliet. If you’re curious about where ‘Letters to Juliet’ was filmed, we’ve got a treat for you!

The film is shot predominantly in Italy, where it gets much of its romantic charm. Locations in multiple towns, many of them historical, were used to give the story its breathtaking backdrop. Interestingly, parts of the story are actually tied in with the locations they are filmed at. The film is bookended by scenes of New York, which were filmed on-location in the Big Apple. Filming reportedly lasted around 4 months in 2009. Let’s take a closer look at the specific locations used to bring the movie to life.

The historic city of Verona and the surrounding province of the same name, in the Veneto region of Northern Italy, was extensively used in filming. Most notably, the Casa di Giulietta (Juliet’s House), located at 23 Via Cappello, was used for some of the film’s most crucial scenes. The 13th-century building and its balcony (which was supposedly added centuries later) are some of the most visited tourist attractions of the city. The fact that it is not connected to Shakespeare’s ‘Romeo and Juliet’ doesn’t stop lovers from making the pilgrimage to it and even leaving notes of their love there.

Many other picturesque spots around the city, including its main Market Square (Piazza Delle Erbe) and Juliet’s Tomb (Tomba di Giulietta) at 5 Via Luigi da Porto, as well as a few ancient Roman artifacts and structures are also featured in the film. Reportedly, an empty building in the corner of the picturesque Piazzetta Pescheria area close to the Adige river was used to shoot restaurant scenes. Outdoor scenes featuring the exterior of the hotel that Sophie and Victor stay in when they first arrive were seemingly filmed at Vicolo San Marco in Foro.

The impressive Villa Arvedi was used to depict Count Lorenzo’s palace. It is located about 5 miles out of the city, on Via Conti Allegri in the commune of Grezzana in the Verona Province.

A little over 3 hours away from Verona, the breathtaking and historic city of Siena in the Tuscany region was also used by the production team to film a few scenes. Filming also took place at the Siena Cathedral (Duomo di Siena), located at 8 Piazza del Duomo, as well as the Piazza del Campo in the historic center of the city.

The hotel, which becomes the unofficial “base” for Sophie’s adventure, is the very real Borgo Scopeto Relais, located at 14 Strada Comunale, a few kilometers outside the city in a commune named Castelnuovo Berardenga in the Tuscan countryside. Multiple scenes were filmed inside the hotel, including in the balcony suite where Amanda Seyfried’s character Sophie stays.

The Caparzo Vineyard, situated at Strada Provinciale del Brunello, in the hillside commune of Montalcino, was also used for filming some of the film’s decisive scenes near the end, which finds two long lost lovers reunited. Montalcino is located in the province of Siena in Tuscany, central Italy.

The film is partially set in New York City, where Sophie works as a fact-checker for a well-known publication. Various scenes from the beginning and near the end of the movie were filmed in the city at various locations, including Bryant Park, between 40th and 42nd Streets on Sixth Avenue. Scenes depicting Sophie’s place of work were also reportedly filmed at 1 State Street Plaza in Manhattan. Scenes depicting Sophie’s flat were also reportedly filmed in Manhattan, at 202 Elizabeth Street.