Where Was Lifetime’s Hider in My House Filmed? Is it a True Story? Who is in the Cast? 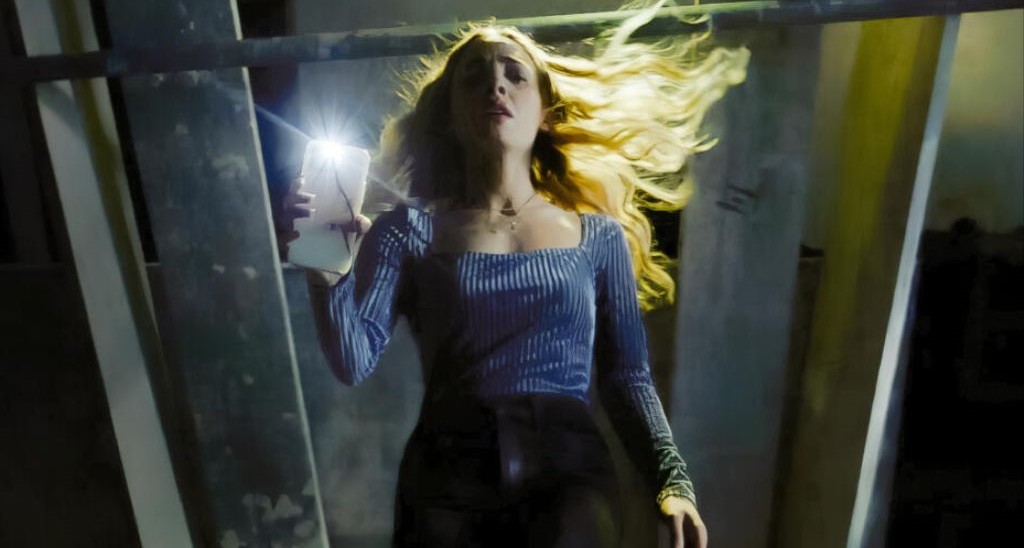 Directed by Dave Thomas, Lifetime’s ‘Hider in My House’ (originally titled ‘What Lies Behind the Walls’) is a thriller film that follows a young bestselling author named Molly Bachman who moves into the apartment of her dreams in the city. Soon, the dreamy house becomes the cause of her nightmares as she begins hearing weird noises and bumps at night when she starts working on her next novel. As Molly looks into the apartment’s history, she comes across a disturbing truth involving a secret entrance leading to another abandoned apartment behind the walls, hiding an unexpected revelation.

Apart from the thrilling and enthralling narrative of the Lifetime movie, what keeps you intrigued throughout is the use of some interesting locations. Moreover, the fact that more bizarre things have happened to real people when they move to a new apartment makes one question whether the story has anything to do with reality. Well, we are here to answer all your questions and put your curiosities to bed!

Is Hider in My House Based on a True Story?

Yes, ‘Hider in My House’ is partially inspired by true stories. However, the entertaining screenplay can be credited to the creative mind and exceptional writing of Ken Miyamoto, who has worked in the film industry as a script reader, story analyst, and screenwriter for many years. , He was previously also involved in the writing team for the miniseries ‘Blackout.’ Thus, with years of experience under his belt, he was able to craft an enthralling screenplay while sticking to the realm of reality for this Lifetime film.

Over the history of humankind, there have been several instances of phrogging. It is a generic term for describing a person who secretly lives in someone else’s house without their knowledge. Believe it or not, phrogging is something genuine and happens to people more often than you would like to believe. Retired Massachusetts detective Tom Lane talked about a real-life case with A&E True Crime.

In 1986, Lane investigated a case involving a 17-year-old Daniel LaPlante, who sneaked into the Bowen house and hid in a wall cavity next to the bathroom due to his obsession with a fellow teen named Tina Bowen. LaPlante began taunting her family by making strange noises, drinking leftover milk, and even changing TV channels. Soon, he found the perfect opportunity to take the family and a friend of Tina’s hostage with the help of a hatchet.

Luckily, Tina managed to escape and ask for help from a neighbor. Since this is just one instance of a phrogging case among many others, it is fair to say that the narrative of ‘Hider in My House’ is partially rooted in reality as it takes inspiration from such real-life cases.

Hider in My House Filming Locations

‘Hider in My House’ was filmed entirely in Florida, specifically in the Tampa Bay area. The principal photography for the Lifetime thriller commenced in early December 2021 and wrapped up in the same month after shooting for a couple of weeks. So, without any further ado, let’s navigate the specific locations that appear in the movie!

All pivotal portions of ‘Hider in My House’ were taped in the Tampa Bay area, a major populated area surrounding Tampa Bay, including the main cities of Tampa, St. Petersburg, and Clearwater. During the early stages of filming, the production team was spotted lensing a few scenes for the movie in Tampa, a major city on the Gulf Coast.

Furthermore, the cast and crew of ‘Hider in My House’ also set up camp in Clearwater, a city in Pinellas County and northwest of Tampa. Clearwater Beach served as a pivotal production location for the movie, especially Pier 60. During the shooting schedule, the filming unit traveled to all these sites to record interior and exterior scenes against suitable backdrops.

Hider in My House Cast

Meghan Carrasquillo portrays Molly Bachman, the young bestselling author, in the Lifetime thriller. Her face may seem familiar to you as she appears in several other projects, including ‘The Squad,’ ‘iPossessed,’ and ‘Fear PHarm 2.’ On the other hand, Thomas Gipson essays the role of Kyle in the movie. You may recognize him from his role in ‘By Any Means’ and the reality TV show ‘Temptation Island.’ Other cast members who play significant roles in the thriller film are Michael Vitovich (Frank), Miranda Roldán (Grace), Marc Lucia (Detective Kramer), Roman Jacob Boylen (Carter), Austin Rhodes (Austin), and Kimber King (Heather).