Where Was Mandela: Long Walk to Freedom Filmed? 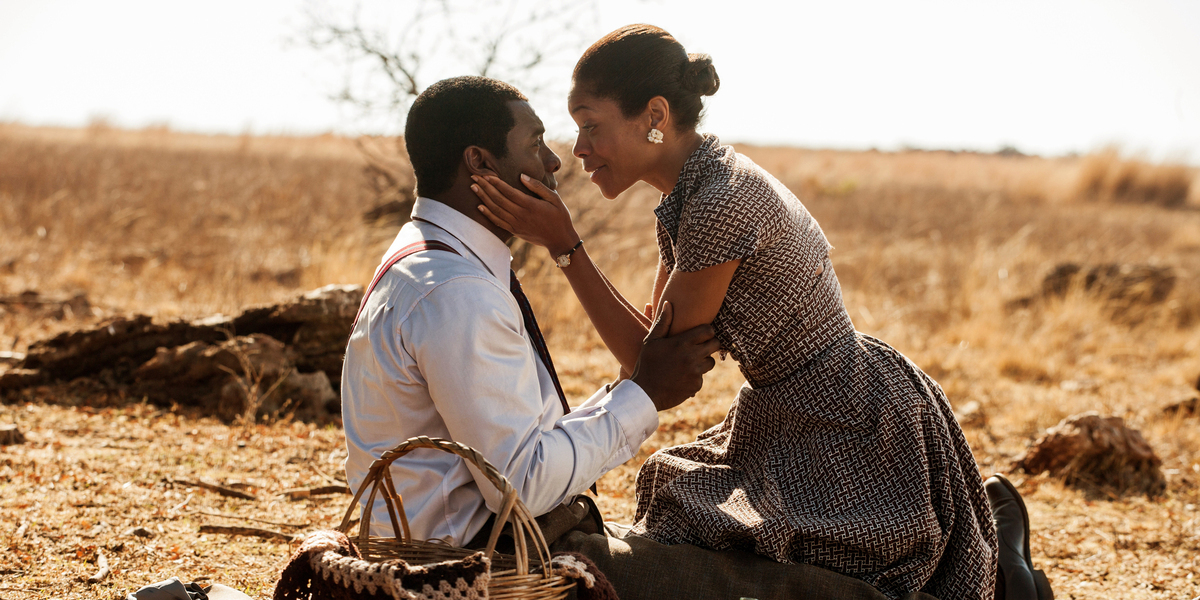 Justin Chadwick helmed the 2013 historical biopic ‘Mandela: Long Walk to Freedom,’ based on the autobiography of Nelson Mandela, the celebrated anti-apartheid activist and the first president of the independent nation. The narrative chronicles his life journey- from a village amidst the mountains, Mandela walks the road to freedom, becoming a revolutionary and the first democratically elected president. The movie unfolds in South Africa, capturing the country with all its colors in every frame. However, if you are eager to hunt down the actual locations where the movie was filmed, allow us to lift the veil on the mystery for you.

‘Mandela: Long Walk to Freedom’ was filmed in its entirety in South Africa. Principal photography commenced in May 2012, wrapping up 16 weeks later by September 15 of the same year. Lol Crawley, the cinematographer of ‘Four Lions’ and ‘On the Ice,’ joined the team as the director of photography. At the same time, Johnny Breedt, the production designer of ‘Eye in the Sky‘ and ‘Replicas,’ also came aboard the project. South Africa presents a cost-effective option for filmmakers and producers; the currency exchange rate is low, and the country is home to diverse landscapes, from mountains to sandy beaches. Let us now take you to the specific locations where the movie was lensed.

In their filming journey, the production team visited the province of the Western Cape to film some sequences. Shooting mainly went underway in Cape Town, the capital of South Africa. Situated on a peninsula beneath the towering Table Mountain, the city showcases a glorious view of the horizon. The Cape Town scenes were filmed in and around the city, but the crew could not manage to head to the Robben Island Prison, where Mandela was once kept a prisoner.

The Robben Island sequences were instead lensed at Cape Town Film Studios, a central movie production facility located at Film City Boulevard in the Dreamworld suburbs of Cape Town. It stands in for the interiors of the Palace of Justice Pretoria and the Robben Island Prison in the movie. From ‘Mad Max: Fury Road‘ to ‘Safe House,’ several popular titles have visited the hi-tech studio.

Several scenes were taped in Johannesburg, the largest city in the country and the capital of the Gauteng province. Since its inception in the 19th century as a gold mining settlement, the city has established itself as a cosmopolitan center of the country. The vast Soweto township was once home to Nelson Mandela and Desmond Tutu, and the crew visited the exact location to keep semblance to history.

Filming went underway in Kliptown, a Soweto suburb located 17 kilometers southwest of Johannesburg. Some scenes were recorded in the neighboring Sophiatown, another Johannesburg suburb situated around 2 kilometers east of Kliptown. Interestingly, Mandela’s former residence at 8115 Vilakazi Street, in the Orlando West neighborhood of Soweto, has been turned into The Nelson Mandela National Museum, a major tourist attraction in the city.

The production team additionally visited the visually dramatic Drakensberg Mountain, part of the Great Escarpment that extends through the central Southern African plateau to Lesotho to the Eastern Cape province of South Africa. The Mountain range is also named Dragon’s Mountain. The sequences depicting Mandela’s childhood village were shot in a settlement in the region. Besides that, pivotal scenes were taped in the KwaZulu-Natal province, which shares a border with the Lesotho province.

Read More: Is Mandela: Long Walk to Freedom Based on a True Story?