Where Was Netflix’s Kangaroo Valley Filmed? Who is the Narrator? 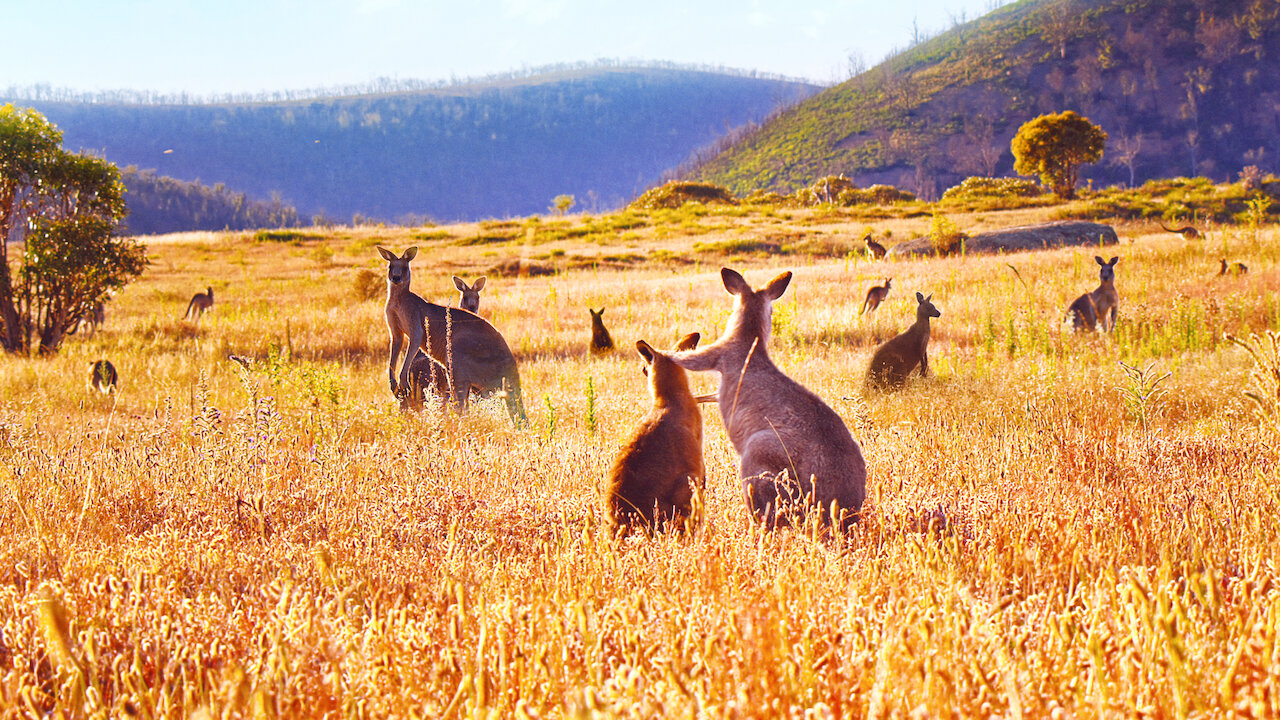 Directed by Kylie Stott, Netflix’s ‘Kangaroo Valley’ is an insightful wildlife documentary that delves into the fascinating world of eastern grey kangaroos. Through the eyes of a baby kangaroo named Mala, it chronicles the interesting journey of these marsupials in the first year of their lives. It is commonly believed that only one in five baby kangaroos, AKA joeys, survive through their first year, and Mala sets out to be the one to do so.

Facing harsh winters as well as dangerous adversaries like dingos and wombats, the little one hops her way toward her first birthday, occupying space in the viewers’ hearts as she does so. The documentary’s heartwarming concept is complemented by some stunning visuals of wild terrain and its inhabitants. Not just that, but the narrator’s friendly and informative tone adds to the overall appeal. Naturally, this makes one wonder where ‘Kangaroo Valley’ was shot and who is the voice behind the screen. If you are curious to know the same, here’s what we found!

‘Kangaroo Valley’ was entirely filmed in Australia, specifically in the Australian Capital Territory. Principal photography for the Netflix documentary seemingly commenced in late September 2021 and was wrapped up around three months later, around January 2022. Under the leadership of talented cinematographer Tom Crawley, the crew members shot more than 300 hours of extensive footage chronicling Mala the kangaroo and her family.

Interestingly, director Kylie Stott was pregnant with her first child while working on the project and gave birth just before the film was completed. Now, let’s traverse the scenic landscape where Mala lives and discover everything about the gorgeous production location.

‘Kangaroo Valley’ was lensed across the Namadgi National Park, a protected wildlife area in the southwestern part of the Australian Capital Territory (ACT). It lies along Naas road, which connects the Tharwa township to the nearby Caloola Farm. Kylie Stott and her team covered each corner of the wild terrain to tape various documentary segments. Spread across 46 percent of the ACT, Namadgi National Park lies approximately 40 kilometers southwest of Canberra, the national capital. Moreover, it borders Kosciuszko National Park in New South Wales.

The national park was created in 1984 and is listed on the Australian National Heritage List. It is the main contributor to Canberra’s water supply and houses a wide variety of flora and fauna, with animals like eastern grey kangaroos, wombats, dingos, wallabies, ravens, and magpies.

Besides, the diverse terrain comprises grassy plains, snow gum forests, alpine meadows, and wetlands, making it an ideal shooting spot for the wildlife documentary. Apart from that, it features views of the northern part of the Australian Alps. Unfortunately, the Namadgi National Park lost 80 percent of its vegetation in the 2019-20 bushfire season.

Who is the Narrator of Kangaroo Valley?

The multiple award-winning actresses, Sarah Snook, serves as the narrator of ‘Kangaroo Valley.’ Born on December 1, 1987, in Adelaide, Australia, she grew up with two elder sisters; her parents separated when she was young. Sarah graduated from the National Institute of Dramatic Arts, Sydney, in 2008, where she worked in numerous theater productions. In 2009, she debuted in the TV series ‘All Saints’ as Sophie, followed by pivotal roles in movies like ‘Not Suitable for Children,’ ‘These Final Hours,’ ‘Jessabelle,’ ‘Sisters of War,’ and ‘The Glass Castle.’

Since 2018, Sarah is best known for her portrayal of Shiv Roy in the hit TV series ‘Succession,’ for which she has won a Golden Globe Award, a Screen Actors Guild Award, and a Critic’s Choice Choice Award, among other accolades. In addition, she was nominated twice for a Primetime Emmy Award. Furthermore, Sarah has given notable performances in TV shows like ‘Black Mirror,’ ‘Spirited,’ ‘The Beautiful Lie,’ and ‘The Secret River.’ The Australian actress tied the knot with comedian Dave Lawson in 2021.