Where Was Netflix’s Love in the Villa Filmed? 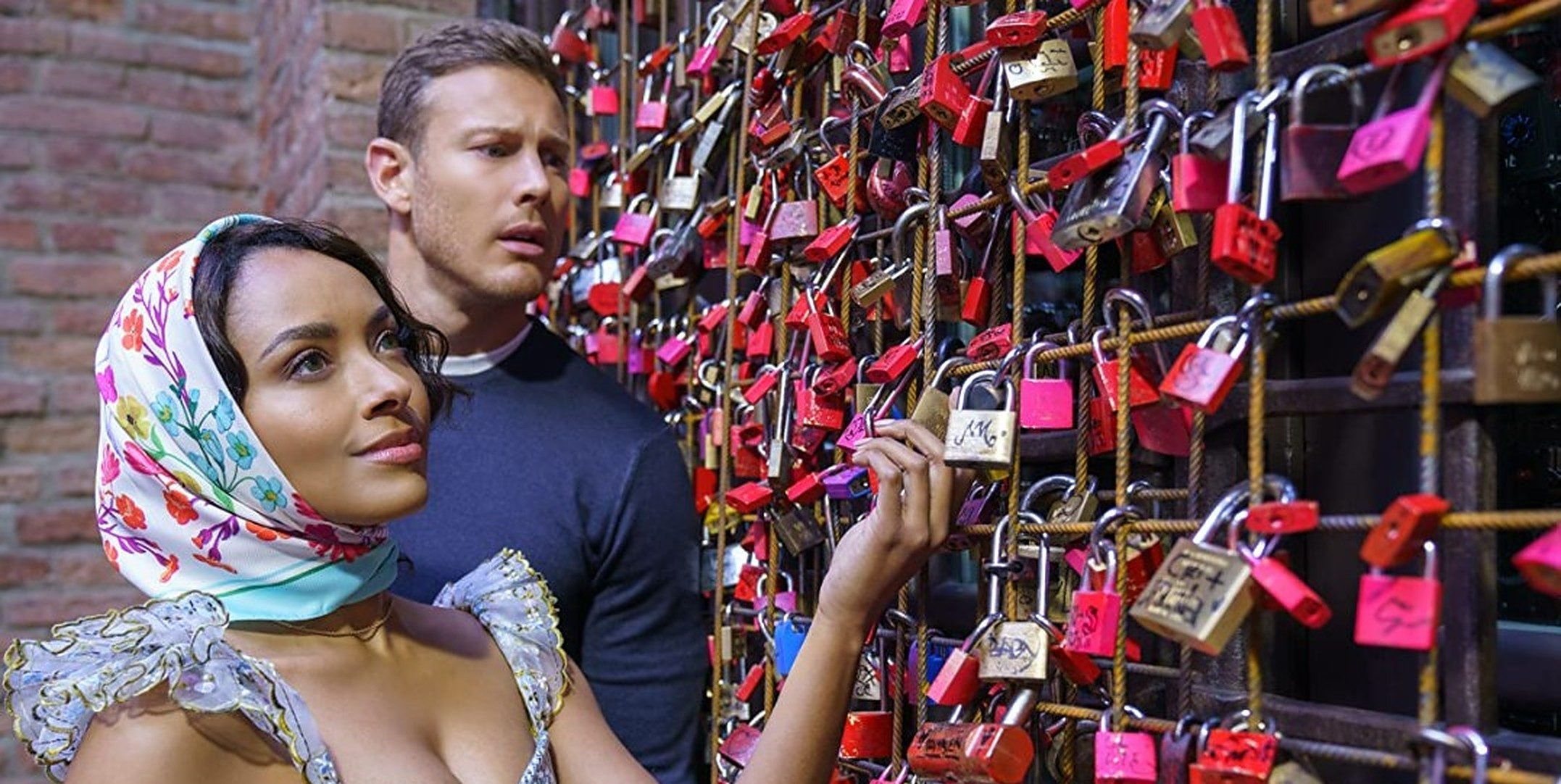 Written and directed by Mark Steven Johnson, Netflix’s ‘Love in the Villa’ is a romantic comedy movie that follows a young woman named Julie who flies off to a romantic international destination on vacation after a breakup. However, upon reaching her booked villa, she finds out that it is double-booked, and now, she has to share her villa as well as vacation with a cynical yet attractive British man, Charlie. As time passes and the pair spend more time together, sparks fly between them, and their chance encounter turns into something romantic.

The rom-com features impressive performances from some of the popular names in the entertainment industry, including Kat Graham, Tom Hopper, Laura Hopper, and Raymond Ablack. While the romantic narrative keeps the viewers hooked on the movie, the use of picturesque locations makes one intrigued about the actual filming sites. If you are one such viewer, you might be interested in what we have to share about the same!

Love in the Villa Filming Locations

‘Love in the Villa’ was filmed in Italy, specifically in Verona. The principal photography for the Mark Steven Johnson directorial commenced in late September 2021 and wrapped up in November of the same year. Situated in the middle of the Mediterranean Sea in Southern Europe, Italy comprises a peninsula delimited by the Alps and surrounded by numerous islands.

Thanks to its central geographic location, the country has been home to many people and cultures throughout history. This explains the historic features that the Southern European country possesses, making it an ideal location for a vacation movie like ‘Love in the Villa.’ Now, let’s follow Julie and Charles as they take us to all the specific sites that appear in the movie!

A majority of ‘Love in the Villa’ was lensed in and around Verona, a city on the Adige River in the Italian region of Veneto. Casa di Giulietta or Juliet’s House at Via Cappello, 23 in Verona, stood for the villa that Julie and Charles share in the movie. This 1300s Gothic-style house or museum is known to have inspired William Shakespeare, and you can spot the surrounding areas in various scenes of the movie. In addition, Valerio Catullo Airport at 37066 Caselle Province of Verona served as a prominent production location for the rom-com.

In one scene, Julie and Charles are seen walking along the Ponte Pietra, a Roman arch bridge that crosses the Adige River. The cast and crew of ‘Love in the Villa’ also set up camp in and around Palazzo Barbieri in Piazza Bra in Central Verona. The production team utilized several squares across the city to tape different sequences, including Piazza Bra, Piazza delle Erbe, Piazzetta Sant’Eufemia, Piazza Francesco Viviani, Piazzetta San Giorgio, Piazza Brà Molinari, and Piazzetta Santi Apostoli.

Apart from squares, the filming unit was spotted recording many pivotal exterior scenes on different streets across Verona during the shooting schedule. They are Via Pellicciai, Via Madonna del Terraglio, Via Leoncino, Via dei Gelsi, Lungadige Cangrande, Vicolo Santa Cecilia, Campagnola, and the Capuleti riverfront. To tape some additional portions for the Netflix movie, the team even traveled out of Verona to the nearby Lake Garda for a short while.